Android 10 Is Rolling out for the ASUS Zenfone 6

The ASUS Zenfone 6 is arguably one of the better affordable flagships of the year with a unique camera design. It is a strong contender to OnePlus' 2019 offerings and even outperforms some similarly-specced devices in its price range. I'd recommend it as a solid OnePlus replacement, had it not been for a major whoopsie that happened earlier this year. A routine software update somehow triggered a hardware fault in the device's motherboard, and the only solution was to get a replacement.

Another major change ASUS introduced with the Zenfone 6 was a cleaner, more Stock Android-like UI. The new ZenUI has a cleaner, almost OxygenOS-esque feel to it. As far as software updates are concerned, the company is better off than most of the market competition. ASUS may have abandoned the original ROG Phone, not all of their products are treated that way. The Zenfone 6 is now at the receiving end of its much-awaited Android 10 update. 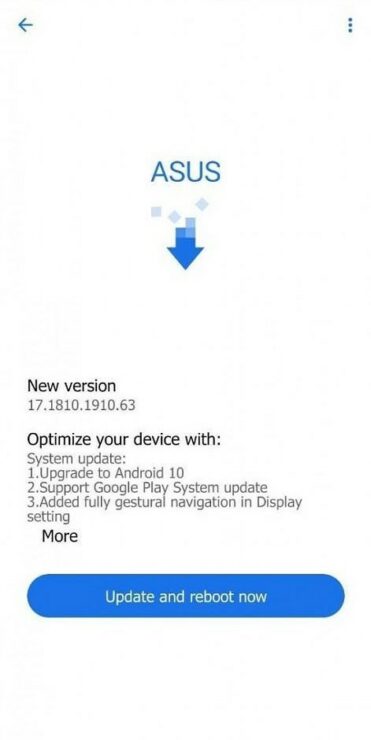 The software carries build version 17.1810.1910.63 and is about 809.89MB in size. It brings with it the latest version of ASUS' Android Fork; ZenUI 6. Cosmetically, it isn't very different from its predecessor and does little more than add the standard Android 10 features such as fully gestural navigation, improved location permission dialogs, and a system-wide dark mode. It also bumps the device's security up to October.

The software is currently rolling out globally and is already available in the US, India and several European countries. However, there is a chance that you may not receive it immediately, despite living in one of the regions. If you have the international version of the ASUS ZenFone 6, you can sideload the OTA package. The process involves a complete wipe of your device, so proceed with caution (and take plenty of backups.) I'll leave a detailed guide on how to sideload the build on to the device shortly, so watch this space for more information.