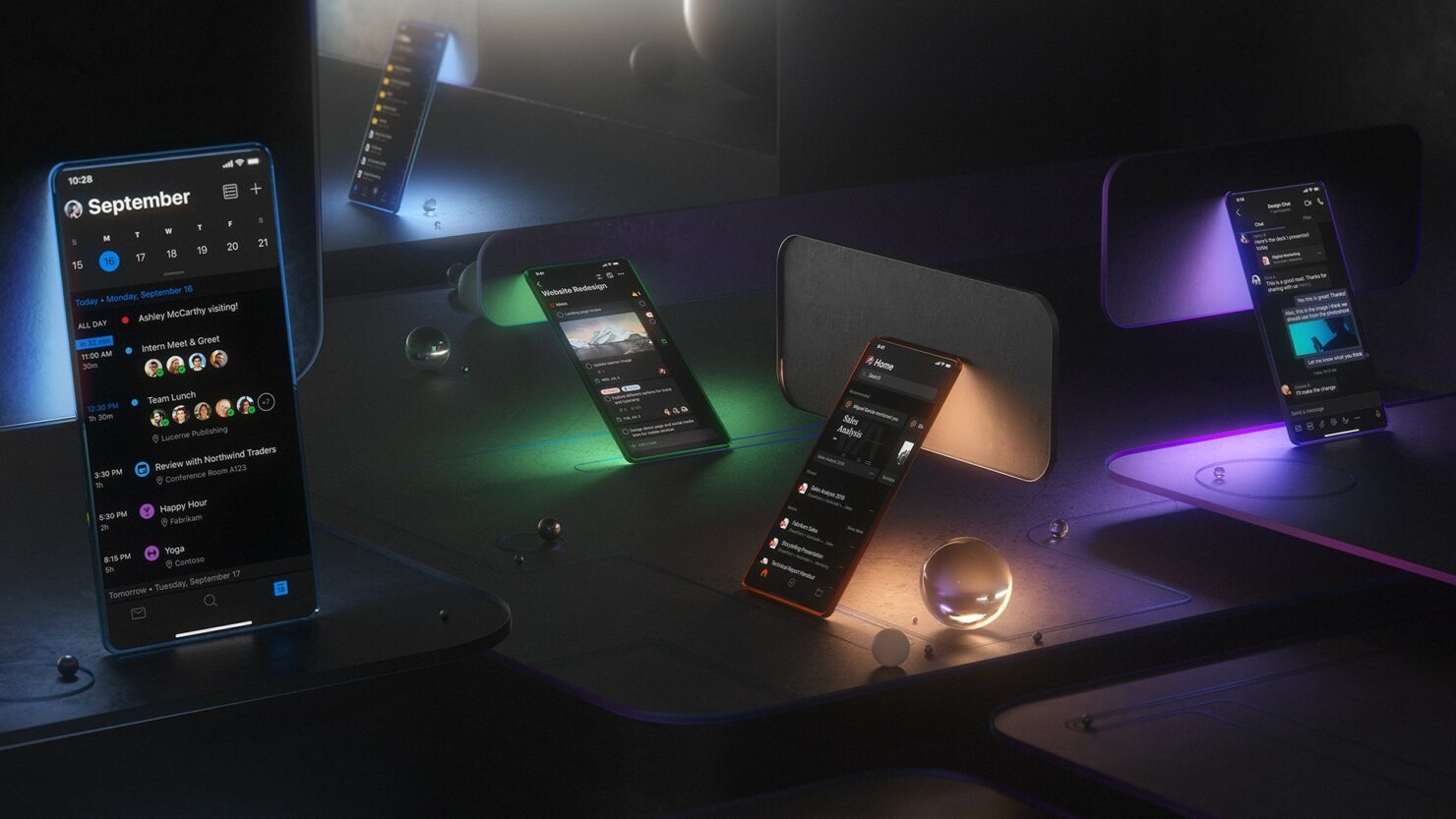 "Dark Mode experiences on iOS. The colors pop for legibility without overwhelming the darker feel."

Microsoft is finally bringing a Dark Mode to its Office and Outlook apps on Android, iOS, and web. Dark mode has remained one of the most wanted features for the past two years. It may have taken the Windows maker a little longer than others to get on board this trend, but it's finally here and all because of "customer choice."

In a blog post today, Jon Friedman, head of Microsoft Office design, wrote that "customer choice was why we first brought a darker UI theme to desktop apps in Office 2010, and we’ve brought it to more Microsoft experiences ever since due to its popularity."

Office apps on iOS and Android will be able to automatically switch between light and dark modes, depending on the system-wide setting

Friedman added that the company is crafting Dark Mode experiences across Microsoft 365 to adapt to users' daily flow. "A cross-company design collaboration propels us to seamlessly bring Dark Mode to the broader M365 product suite, and today marks the initial rollout of Dark Mode on Outlook for iOS and Android, as well as Office.com!"

The new Dark Mode arrives with iOS 13 and Android 10, as both the operating systems introduce their native, system-wide dark themes. iOS 13 will extend this rollout of Dark Mode to Word, Excel, PowerPoint, SharePoint, OneDrive, Planner, and To-Do on mobile. Friedman also goes into detail of how these Dark Mode experiences are created. "Starting from the ground up and using the new gray palette for Fluent, our app teams began by aligning to the single palette," he wrote (link to his Medium post - a very interesting read). "This included increasing contrast, brand color saturation, and consistency among details like how and when we use shadows when in Dark Mode."

Microsoft plans to introduce more such experiences, with Dark Mode for Planner and OneDrive on the web coming later.