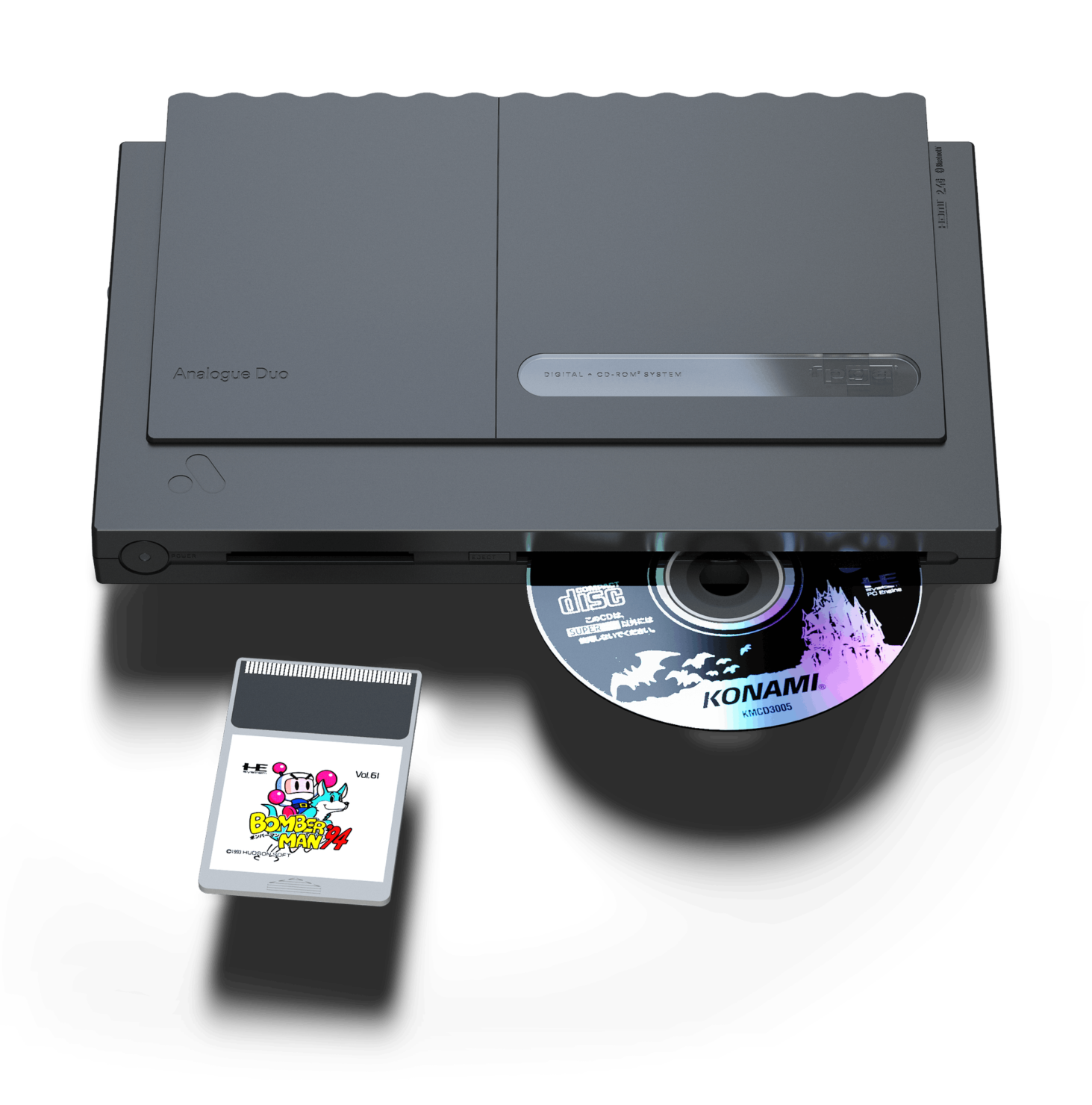 For those that don’t keep track of the modern renaissance to revive retro gaming, Analogue is a company that makes boutique consoles with modern video support and other new functionality. They’re perhaps most famous for the Analogue Pocket, an FGPA-based handheld that can support every game released on the Game Boy line of consoles, including the Color and Advance line. Their newest console announcement, the Analogue Duo, aims to achieve the same level of craftsmanship with their home console that aims to support “nearly every NEC system and game format”.

While not as popular in the West as it was in Japan, the NEC line of consoles were known by different names depending on the region. The TurboGrafx-16, PC Engine, SuperGrafx, and others were all a part of the same family of consoles. For years, one of the best CastleVania titles of all time was locked to the PC Engine before Konami released it as an additional title in the Dracula X Chronicles for PSP.

Duo is the ultimate all-in-one NEC video game system. Duo features an original-style cartridge slot, controller port and CD-ROM drive. This means it is compatible with all game formats: Hucards, TurboChips, and CD-ROM. Plus the original hardware and accessories.

With Duo, you have the power to choose how to connect. Bluetooth and 2.4g are built right in. Sync up any wireless 8BitDo Bluetooth or 2.4g controller directly to Duo for wireless play. Up to 4 player support. No receivers required.