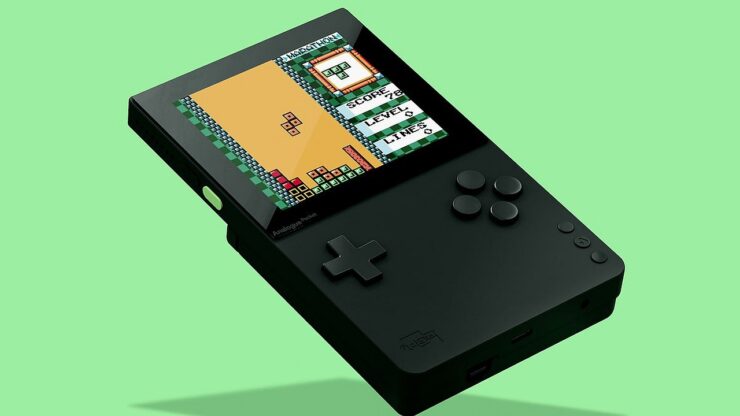 The newly announced Analogue Pocket might soon be a prized item among retrogaming fans. A portable handheld priced $199 and due for release next year, it will allow you to play Game Boy, Game Boy Color and Game Boy Advance cartridges out of the box on a stunning 1600x1440 display. Other cartridge-based systems, such as the SEGA Game Gear, will also be supported through adapters.

A multi-video-game-system portable handheld. A digital audio workstation with a built-in synthesizer and sequencer. A tribute to portable gaming. Out of the box, Pocket is compatible with the 2,780+ Game Boy, Game Boy Color & Game Boy Advance game cartridge library. Pocket works with cartridge adapters for other handheld systems, too. Like Game Gear. Neo Geo Pocket Color. Atari Lynx & more. Completely engineered in two FPGAs. No emulation.

Analogue Pocket is designed around a first-in-class 3.5”, 615 ppi, LCD. With a 1600x1440 resolution, Pocket has 10x the resolution of an original Game Boy. Pro level color accuracy, dynamic range, and brightness. There has never been a display this advanced in a video game system.

There's plenty to be excited when it comes to the Analogue Pocket hardware, starting with the two field-programmable gate array (FPGAs) units based on the Intel Cyclone series. Thanks to FPGAs, there can be authentic hardware simulation with perfect accuracy and zero lag, according to the folks at Analogue.

The second chip has been added specifically for developers so that they could 'port their own cores' or even create new ones, which could extend the existing support and features of the Pocket. 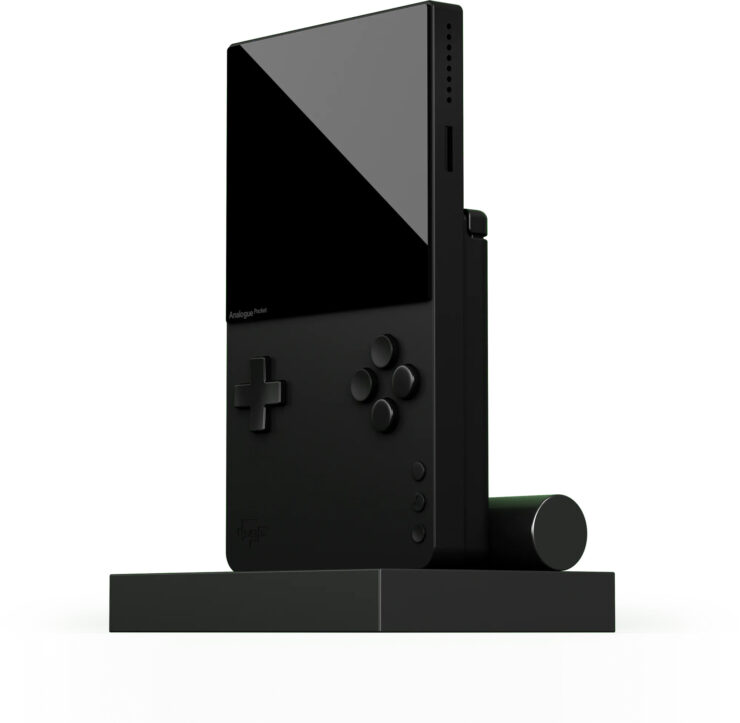 Additionally, in a similar fashion to the Nintendo Switch, an accessory will be sold separately to "dock" the handheld to your TV. The manufacturers have promised it won't be too expensive when it launches.

Play your Analogue Pocket on the big screen. Put your Pocket into Dock and it outputs directly to your HDTV. Sync up any wireless 8BitDo Bluetooth controller directly to Dock for wireless play. You can also connect controllers directly via wired USB, too.

As mentioned earlier, this isn't just a gaming console, by the way, thanks to the support of Nanoloop.

Pocket has a digital audio workstation built in called Nanoloop. It’s a synthesizer and a sequencer. Designed for music creation and live performance. Shape, stretch and morph sounds. Capture music or play and sculpt live.

In case you haven't heard about Analogue before, the company already proved to be reliable with the well-received home consoles Mega Sg (Sega Genesis, Mega Drive, and Master System), Super Nt (Super Nintendo), and Nt Mini (NES, Famicom, Famicom Disk System). It remains to be seen how big of a niche there is for a retro handheld game console, though, with Panic's Playdate due in early 2020 for $149. Panic already pointed out that the Playdate is a brand-new platform, at any rate, unlike the Analogue Pocket.