We exclusively reported two months ago that AMD will be unveiling its new CPU and GPU cores at this event today and that's exactly what they did. We also first broke the news about AMD’s next generation high performance core back in September of last year. At which point AMD’s then CEO Rory Read revealed the code name for the company’s upcoming high performance x86 CPU architecture. Prior to then we only had knowledge of its sister ARMv8 core code named K12.

Today however we got a lot more than just a code name. AMD revealed the major features of Zen, a rough estimate of how it performs and when it will be available. 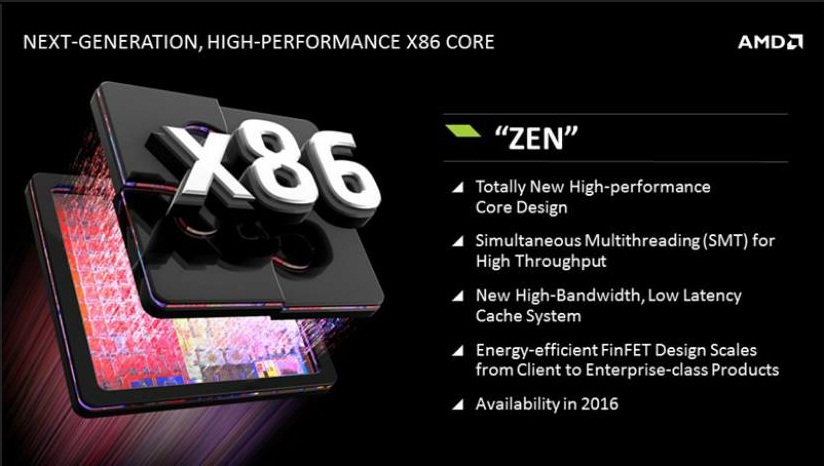 In addition to SMT, Zen also features a new high-bandwidth low latency cache system.
A vital improvement over the previous generation of cores. Since subpar cache performance was one of the primary pitfalls of AMD's Bulldozer CPU microarchitecture. AMD announced that Zen will be available starting next year. The new CPU core will be fabricated on FinFET, however the company doesn't specify whether it will be 14nm or 16nm FinFET however. But we think it's a pretty safe bet that it will be Globalfoundries 14nm. Now let's talk about performance... 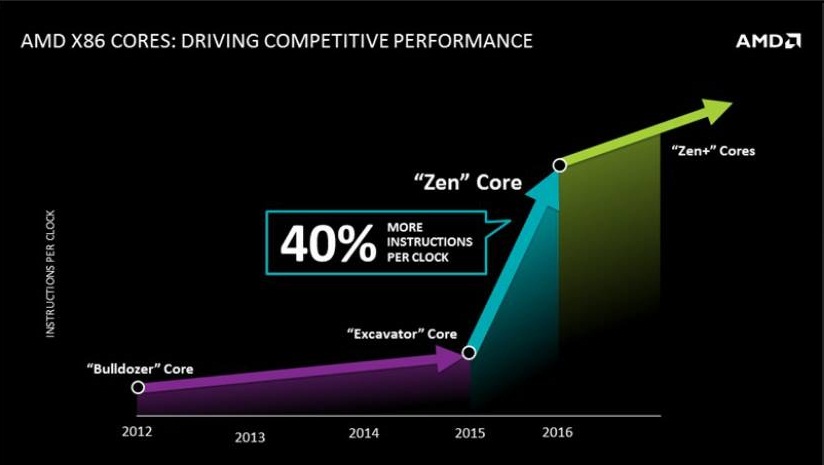 Mark Papermaster, AMD's Chief Technology Officer. Revealed that Zen will have a huge improvement in IPC, Instructions Per Clock, vs Excavator. AMD's latest and last, yet unreleased, Bulldozer family CPU core.  A 40% increase in IPC would represent the largest jump in IPC ever for the company. We're not particularly surprised but still very excited about this huge improvement.

Zen will be featured in AMD's enthusiast CPU product line in 2016. Lisa Su confirmed that the new CPU architecture will be arriving to desktop FX CPUs first and to servers second. Succeeding Zen will be Zen+ cores. Which will feature evolutionary improvement over Zen. The company will introduce a new socket in 2016 dubbed AM4 that will house products spanning from high performance CPUs to mainstream APUs based on Zen and next generation FinFET GCN based GPUs.

The new family of high performance FX CPUs which appeared in previous leaks as "Summit Ridge" will feature SMT CPUs with high core counts and DDR4 memory support. The platform will be based on the new AM4 socket and a new yet undisclosed chipset. Unconfirmed leaks indicate that Summit Ridge will feature CPUs with up to 8 Zen cores and 12MB of L2 and L3 cache. But that is yet to be confirmed as they may actually have more CPU cores than what is rumored.

Stay tuned as we bring you up to date coverage of breaking news at AMD's live Financial Analyst Day event.