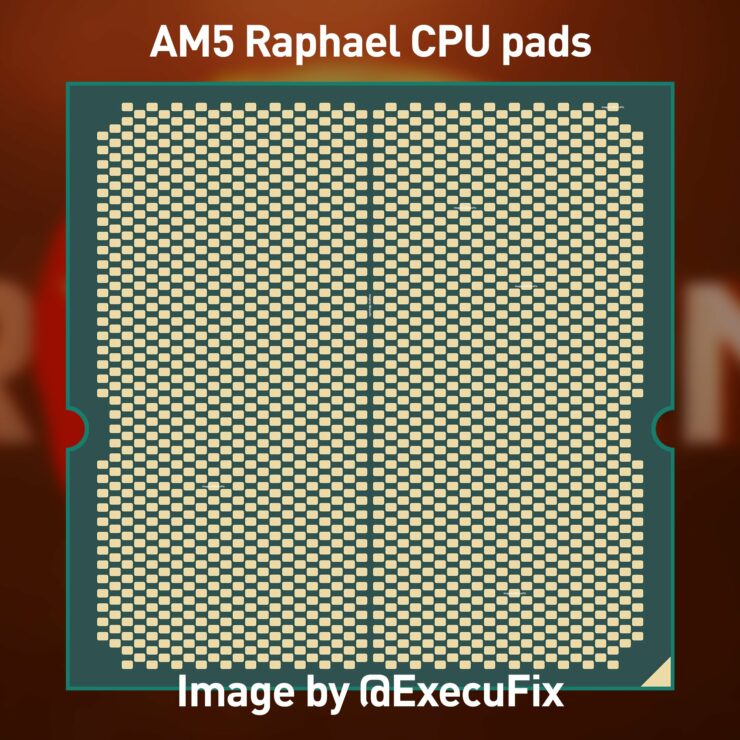 The first mockup of AMD's next-generation Zen 4 powered Raphael Ryzen Desktop CPUs has been posted by ExecutableFix. The picture comes as a follow-up to his original tweet in which he leaked information regarding the AM5 platform and the respective LGA1718 socket.

One of the biggest changes mentioned on the AM5 platform is the switch from the PGA socket to the LGA socket. The AM5 platform will feature the LGA 1718 socket and as the name suggests, it'll comprise 1718 pins that will make contact with the CPU. That's actually 18 more pins than the Intel LGA 1700 socket which will support the next-generation Alder Lake CPUs. That would mean that we won't see anymore Ryzen Desktop chips with pins beneath them but instead, we would see contact pads (gold) similar to those underneath Intel Desktop CPUs.

Let's keep it going! Raphael is the first Zen 4 consumer chip and here's a first look

In the mockup, you could clearly see that the AMD Zen 4 based Raphael Ryzen Desktop CPUs will retain a square package but feature a smaller size compared to Intel's Alder Lake-S Desktop CPUs which is going to feature a larger package size. However, AMD will be packing more contact pads within a smaller area since the majority of Intel's package space is taken up by capacitors & other VRM regulator chips.

The leaker didn't stop there and also mentions a few more details on the Zen 4 powered Raphael lineup of Ryzen Desktop CPUs. It is stated that the next-generation Zen 4 chips will be fully DDR5 compliant and won't retain DDR4 support anymore. Intel on the other hand will be offering both DDR5 (premium) and DDR4 (budget) memory support on its 600-series platform. There are also going to be 28 PCIe Gen 4.0 lanes available (+4 compared to Zen 3) and while not having PCIe Gen 5.0 definitely sounds like a baller, we should remember that the PCIe Gen 4.0 interface is far from being saturated at the moment.

AMD did update its AM4 platform to PCIe Gen 4.0 earlier than Intel and we don't expect any GPU series to saturate the Gen 4 protocol soon however, next-generation PCIe 5.0 SSDs could become a serious marketing tool for Intel on its Alder Lake platform. But by that time, I am pretty sure AMD will have their own PCIe Gen 5.0 platform out. 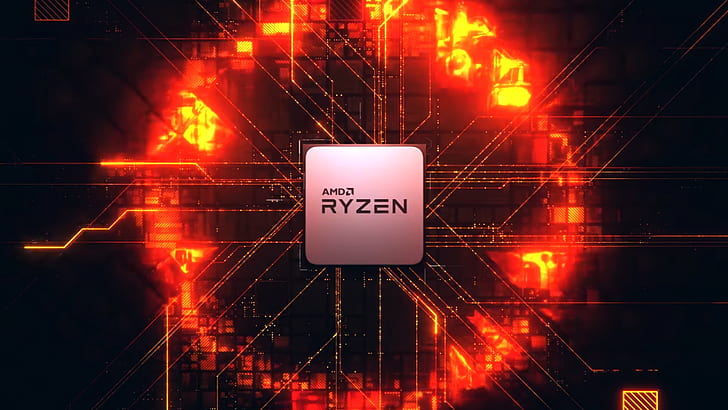 Moving on, the leaker also states that the AMD Raphael' Zen 4' Ryzen Desktop CPUs will feature a standard TDP of up to 120W but that would be configurable up to 170W. We don't know if that's going to be the upper limit like PL2 on Intel chips but we can expect some serious clocks and OC potential if this is true. Furthermore, we have to state that the smaller package size does make it seem like we may or may not get a core count bump.

While AMD has stated a core count bump is very likely on the mainstream platform, the smaller package size leaves little room to include any more chiplets. Now sure, 5nm will reduce the size of the chiplets while a 6nm IOD will eventually be much smaller than the 12nm IOD featured on Zen 3 chips at the moment but let's wait & see what AMD has cooked for us in its next-generation Ryzen desktop CPU release.