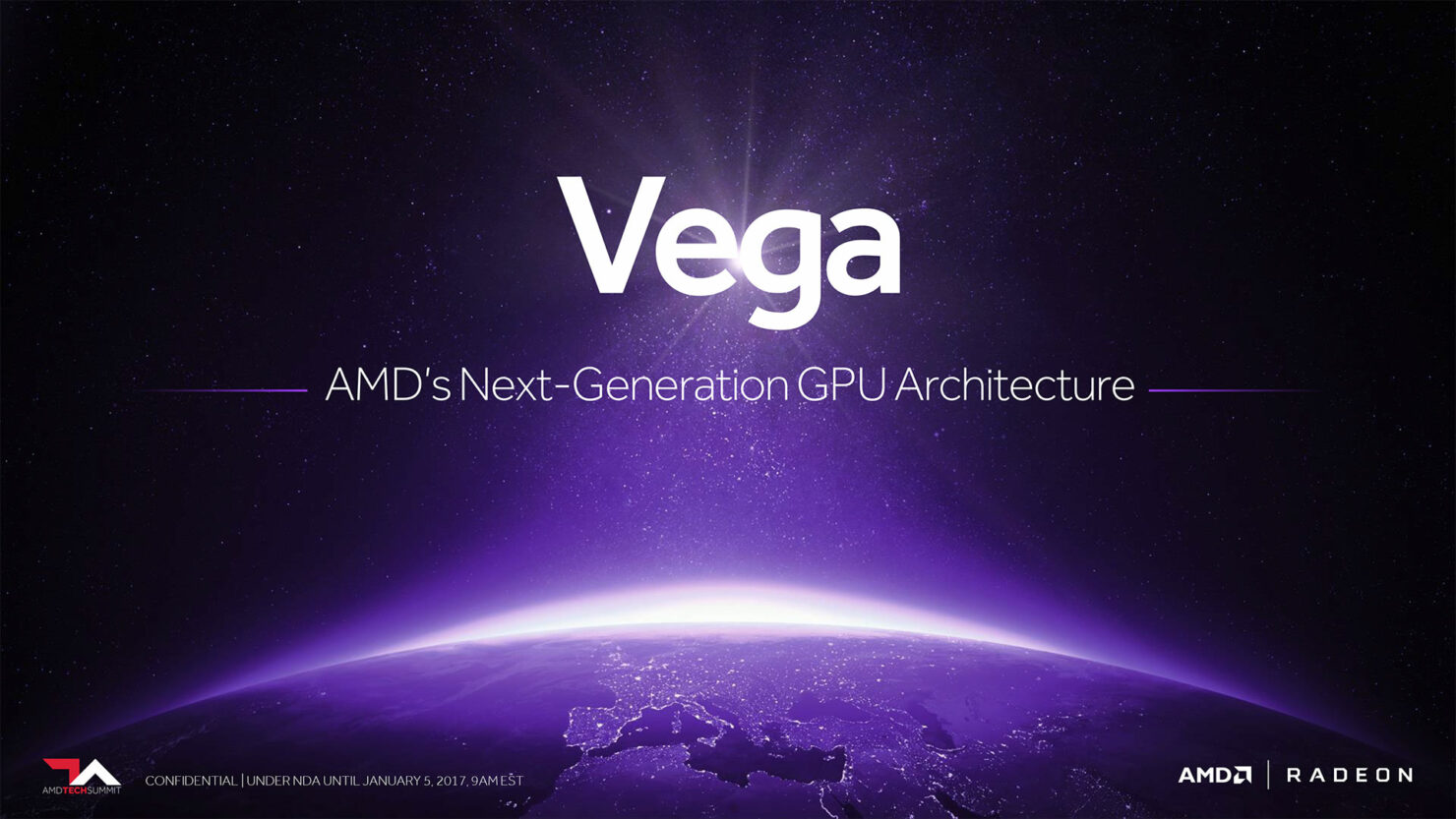 AMD has finally taken the covers off its brand new Vega architecture set to power its next generation family of high-end Radeon graphics cards. Vega, named after the brightest star neighboring the sun, is AMD's latest 14nm graphics architecture and represents the most significant step forward for the company in half a decade.

The company originally introduced the GCN architecture, Graphics Core Next, in 2011 with the HD 7000 family of graphics cards. Since then, GCN has gone into desktop and mobile graphics cards, professional solutions and every gaming console from Sony and Microsoft. This has earned it the default go-to architecture status among game developers world-wide.

Since the introduction of the original GCN architecture in 2011, AMD has followed an almost yearly cadence of tweaking it and enhancing it, one iteration at a time. The latest GCN iteration with Vega is by far the biggest yet.

While Vega maintains and builds on the same GCN heritage, the basic building block of the architecture -- the compute unit-- is brand new. This sets it apart from any other previous iteration of the graphics core next architecture. All of which featured the same basic, all be it tweaked, Compute Unit design. So what else exactly is new inside Vega? 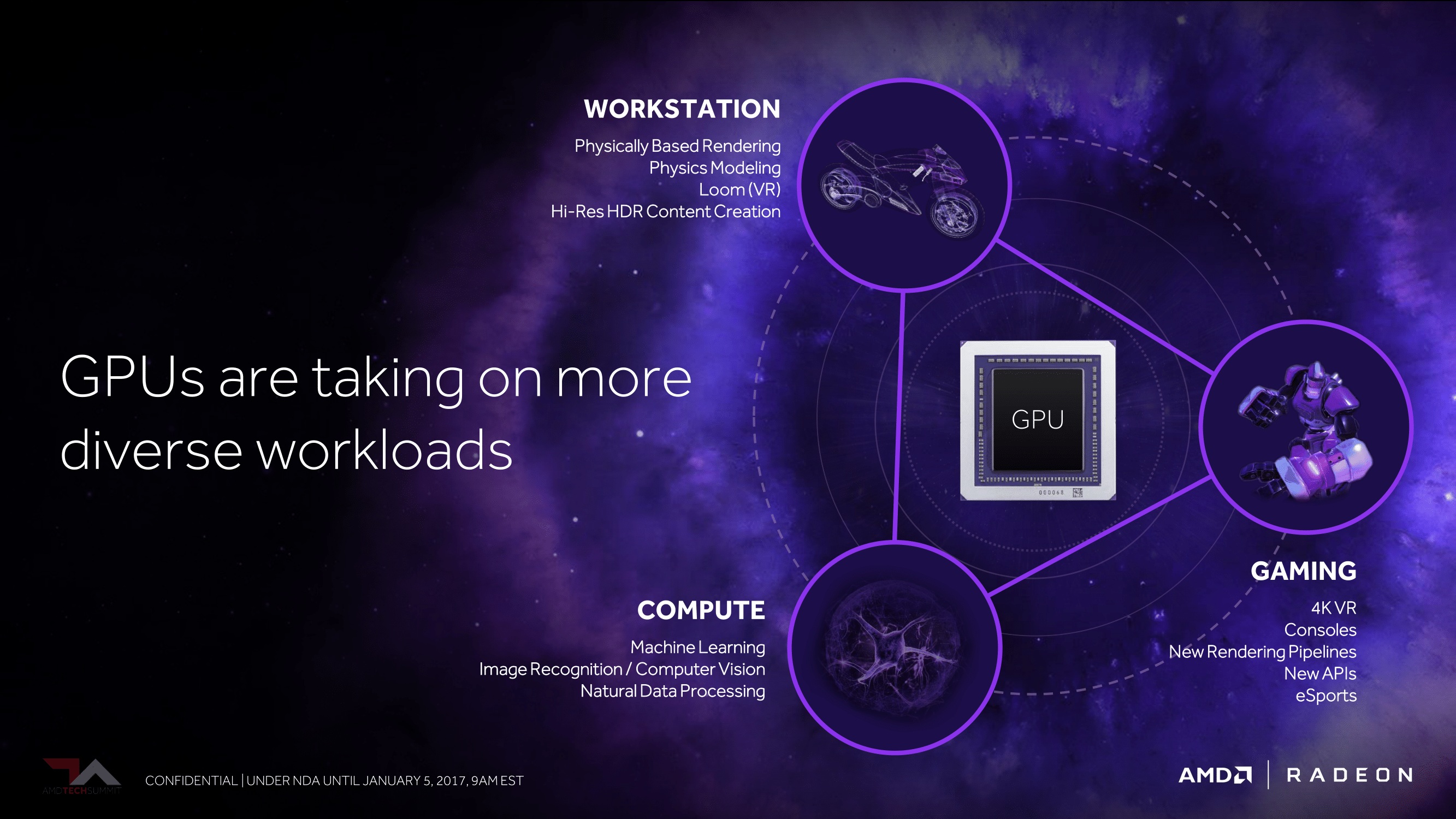 Almost all parts of the graphics engine inside Vega are new. In addition to the next generation compute engine it also features a new pixel engine and a new geometry engine. The cache and render-back-end sub-systems are also completely revamped.

Let's first talk about Vega's memory technology. The architecture supports the latest second generation High Bandwidth Memory standard. HBM2 delivers double the bandwidth per pin, thanks to a significantly higher operating frequency compared to HBM1. Each stack can also feature up to eight times the capacity compared to HBM1.

Vega's memory and cache design is very unique. The architecture now features a single "High Bandwidth Cache Controller" that directly manages data going in and out of the level 2 cache and High Bandwidth Memory. This includes three hierarchies.

2 - The on-board second generation High Bandwidth Memory pool. Which now takes on a role very similar to an L3 cache. This is where you'd find HBM and GDDR5 memory in a typical graphics chip, managed by its own separate controller. Bringing this storage pool under the same umbrella as the L2 cache reduces latency, improves power efficiency and facilitates a more fluid movement of large data in and out of the graphics engine. In fact, AMD doesn't even like to refer to this pool as "memory" anymore and instead calls it a "High Bandwidth Cache".

3- Here we have network storage, system DRAM and NV RAM. Basically all memory not in close proximity to the GPU. This enables the memory architecture to support up to a 512TB virtual address space.

Finally, in Vega the render back-ends also known as Render Output Units or ROPs for short are now clients of the L2 cache rather than the memory pool. This implementation is especially advantageous in boosting performance of games that use deferred shading.

Vega NCUs have been designed to execute more instructions per cycle and operate at higher clock speeds. Which means that any given NCU can finish more work in a single cycle than before AND go through more cycles in one second. 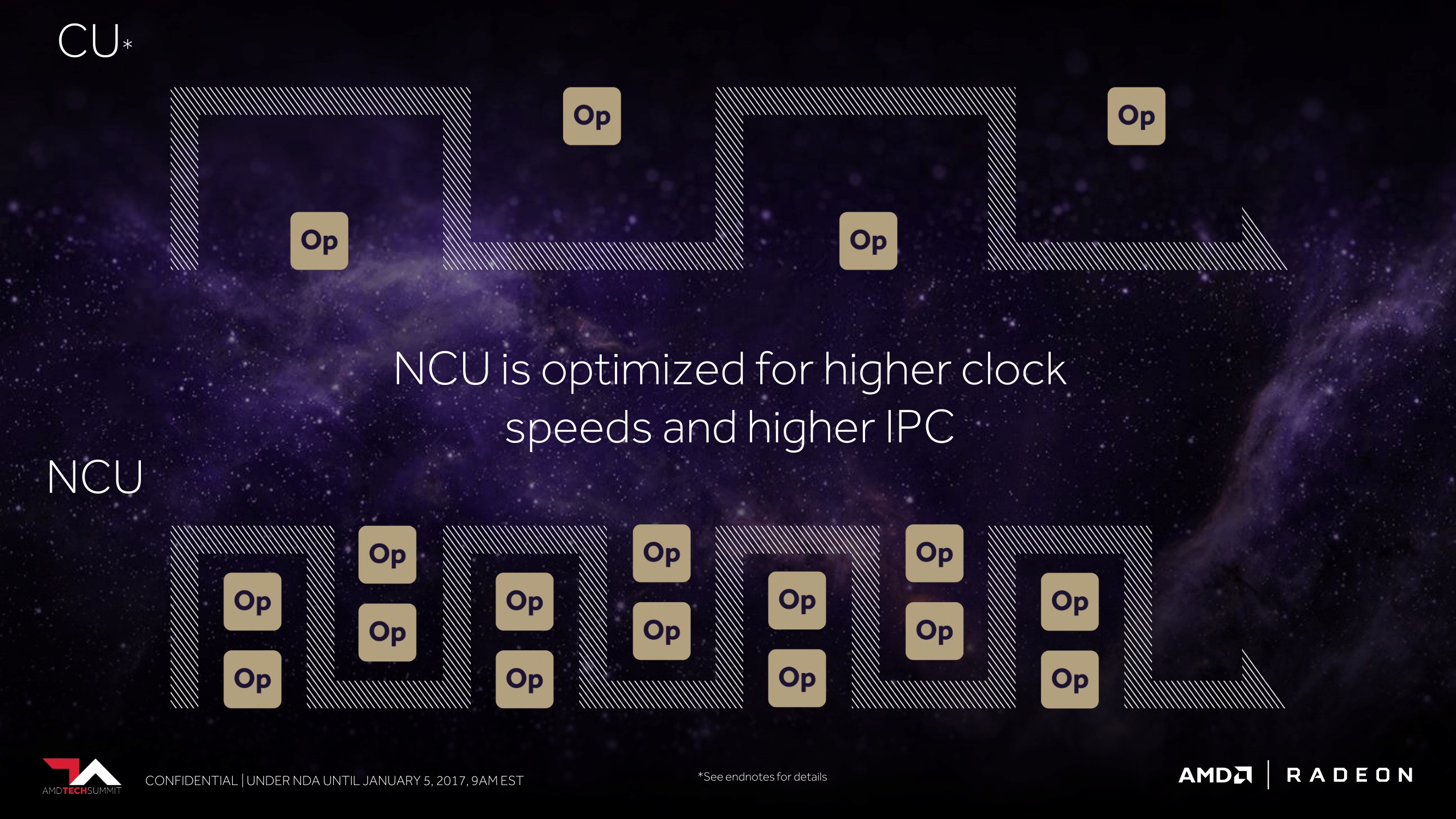 Vega also features a new programmable geometry engine that delivers twice the performance per clock. In combination with the engine's new primitive shaders capability Vega is now significantly faster at tessellation and rendering of complex geometry and geometry rich scenes.

The end result is more compute, shader and geometry IPC, higher clock speeds in addition to faster and more robust cache and memory sub-systems. Vega then is the fastest, smartest and most power efficient iteration of GCN we've seen yet. 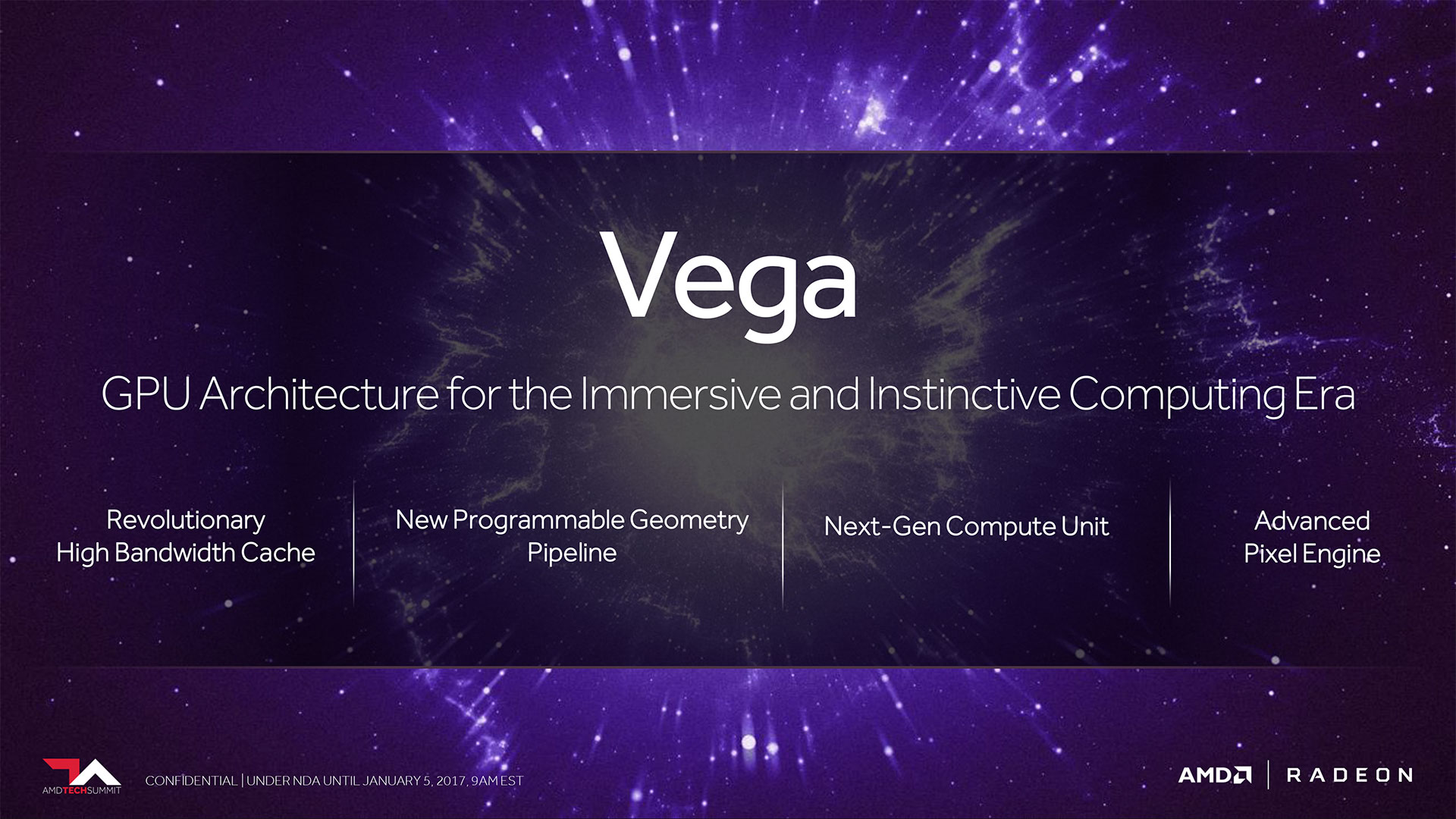