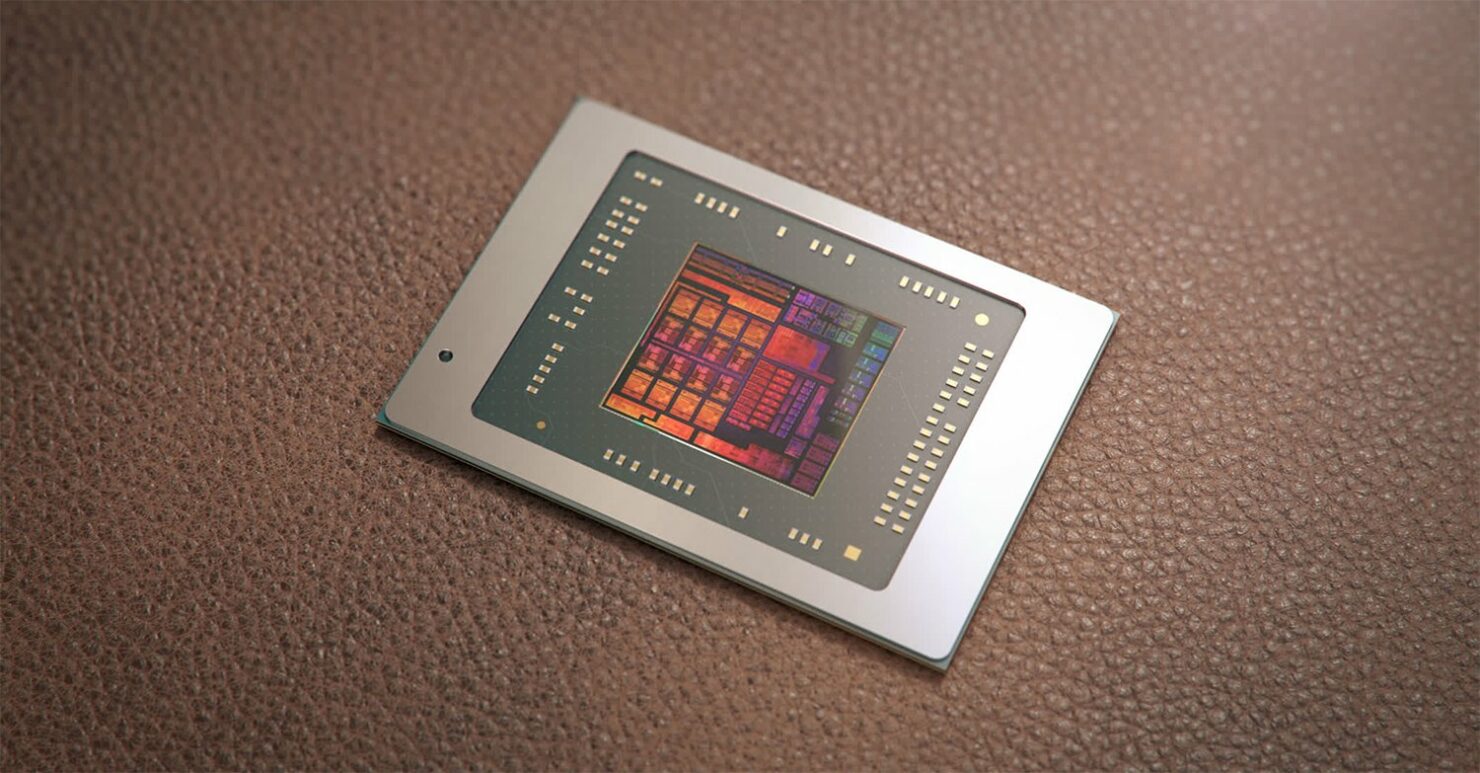 New information regarding AMD's Van Gogh line of Ryzen APUs for ultra-low power notebooks has been leaked. According to the details, we now have an idea of how many CPU & GPU cores the new chips will pack and what other features they are going to bring for power-constrained laptops & PC devices.

AMD's Ryzen APUs that are part of the Van Gogh family will feature two key technologies. These include the Zen 2 CPU and RDNA 2 GPU architectures. The design will be unlike anything that AMD has done on the PC platform but the same two architectures have been incorporated for the next-generation consoles from Microsoft and Sony. The existing Ryzen 5000 Cezanne APUs feature the Zen3 CPU and Vega Enhanced GPU architecture. 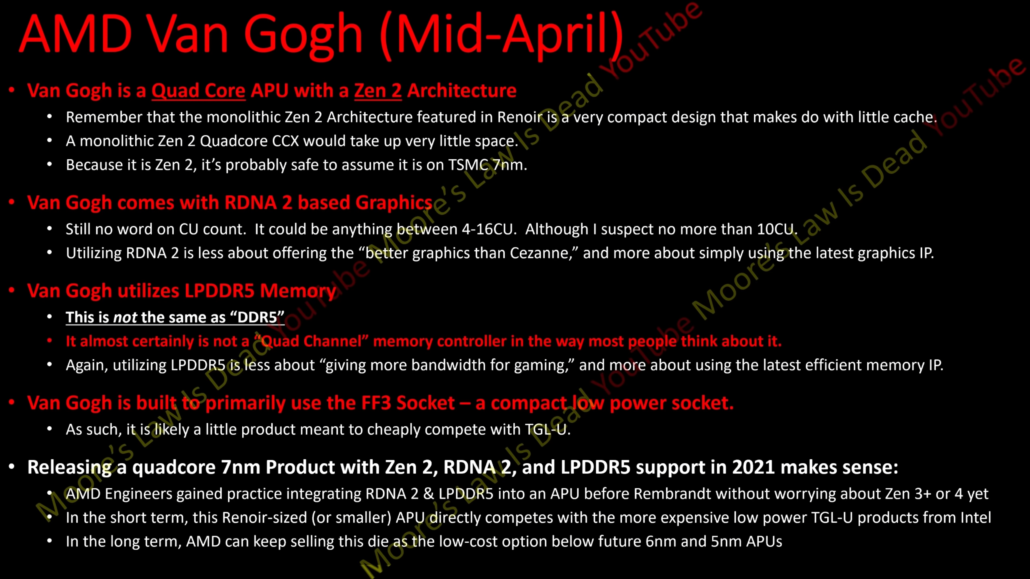 In details posted by Moore's Law is Dead, it is reported that the Van Gogh Ryzen APUs will come with quad-core designs. The AMD Zen 2 powered chips will be based on the TSMC 7nm process node and will feature a monolithic design composed of the CPU, GPU, and I/O IPs. The chip itself will have a very small footprint in terms of die area and the lower cache will allow for cost-savings for AMD in mass-producing these chips. 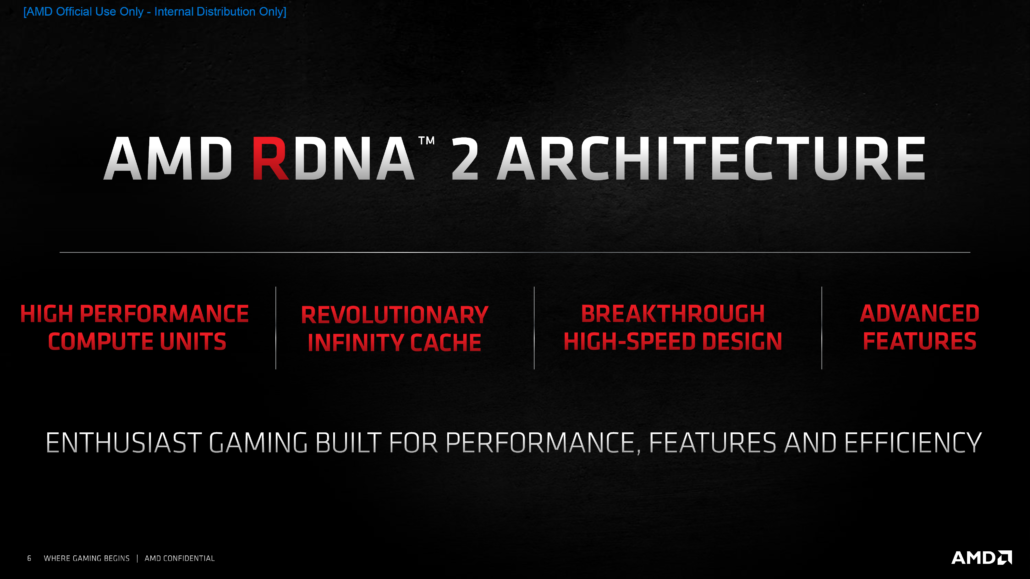 As for Infinity Cache, it is already confirmed that AMD won't be featuring that on its Van Gogh APUs as confirmed in the latest Linux Kernel patch. 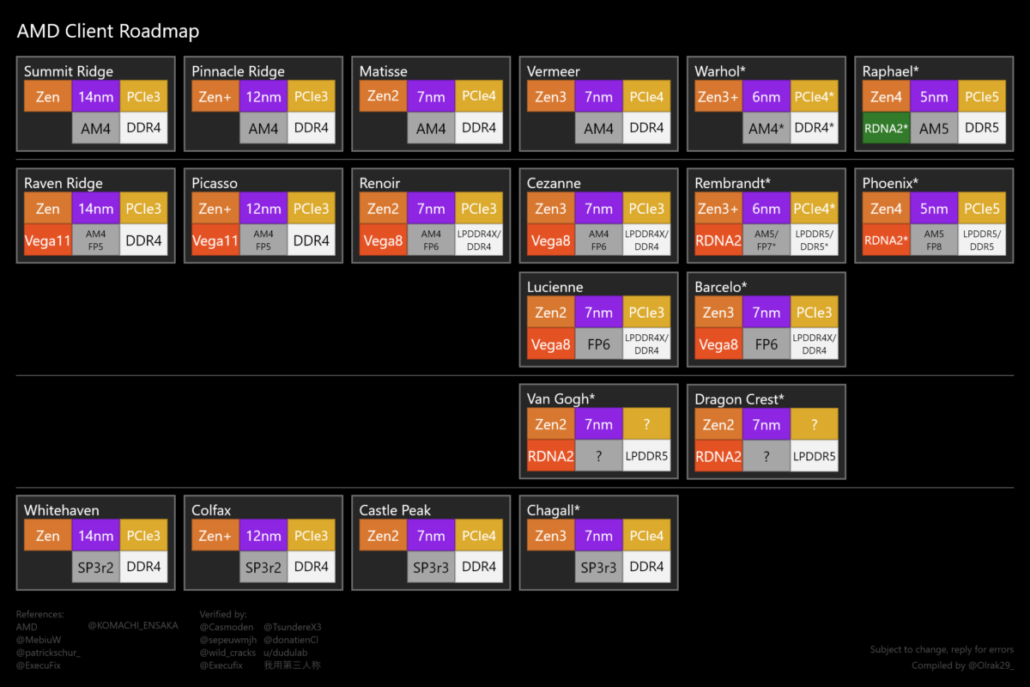