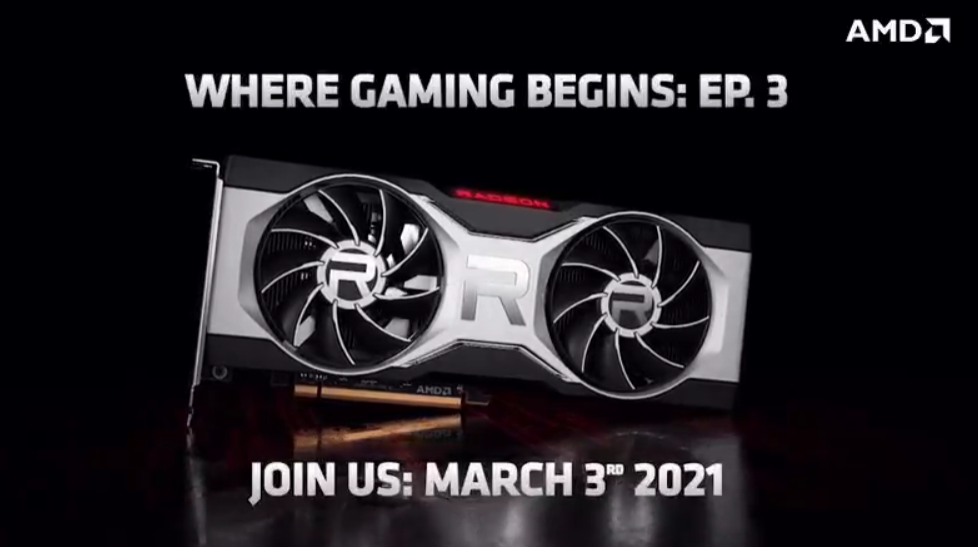 AMD has officially confirmed that it will unveil its Radeon RX 6700 XT RDNA 2 graphics card based on the Navi 22 GPU on 3rd March. AMD also provided a better look at the card which features the same design as the one that was leaked last year.

AMD has stated that it will unveil the Radeon RX 6700 XT graphics card on 3rd March at 11 AM US Eastern Time. Do note that AMD clearly mentions that this would be an unveiling and not a formal launch. As per previous rumors, the launch and availability are slated for the 18th of March. AMD's Radeon RX 6700 XT will be the latest addition to the Radeon RX 6000 series family and is aiming to tackle the GeForce RTX 3060 TI which has an MSRP of $399 US.

On March 3rd, the journey continues for #RDNA2. Join us at 11AM US Eastern as we reveal the latest addition to the @AMD Radeon RX 6000 graphics family. https://t.co/5CFvT9D2SR pic.twitter.com/tUpUwRfpgk