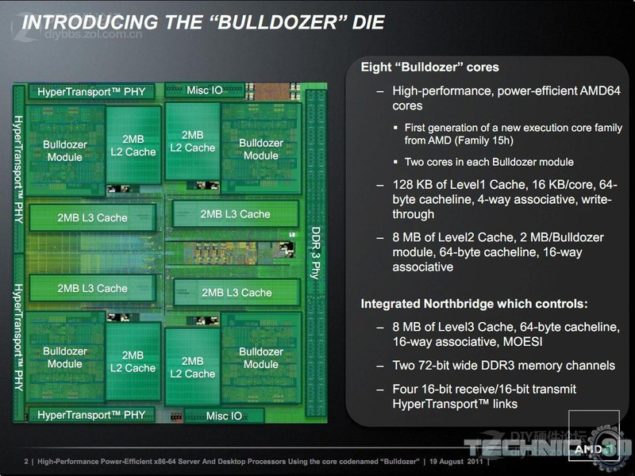 AMD has detailed its Upcoming AM3+ and Bulldozer CPU Platform at this Years Hot Chips event in California. The company showed tons of new slides which provides information on the Bulldozer Core Die, Power Saving and Turbo Core 2.0 features.

The Zambezi-FX Processors detailed by AMD in the slides was a FX-8150 CPU which consists of Four Bulldozer Modules each consisting of two integer cores plus floating point core. The floating point core works at 256 bit or two 128 bit units which shows Bulldozer would support new AVX instructions, Each Module is connected with 2MB L2 Cache (8MB L2 Total) and 32KB L1 Cache (128 KB total) while the CPU features a total of 8MB L3 Cache and two 72 bit channels are connected to the memory featuring 64-bit data lines and 8-bit error correction.

While the two integer cores share all functions however L1 data cache and the integer pipeline would not be available for each individual core but complete floating point units and the L2 cache are available for the separate cores. The 8MB L3 Cache and the two 72-bit wide memory channels are controlled by the integrated Northbridge. The Following Slides Details the AMD CPU Die: 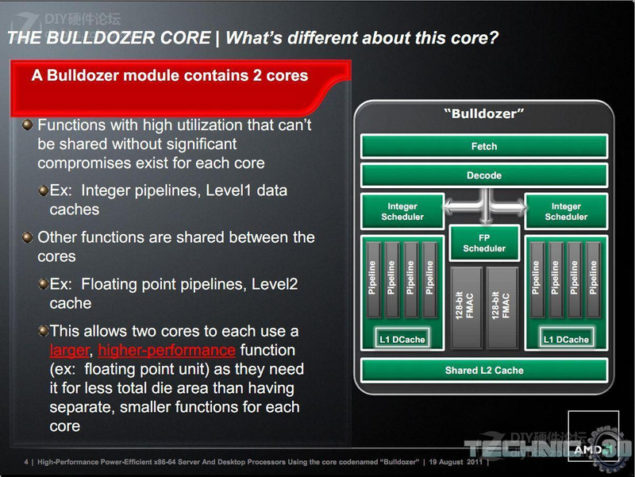 Next on is the AM3+ Platform, The AM3+ Socket allows support for Low Voltage DRAM, Hyper transport link with Higher Frequency due to increased ILDT current (2.0A Per Gen3 Interface link) and also increase IDDR current upto 4.0A. The new socket allows compatibility for older gen AM3 Phenom based processors and provides 2 Memory Channels (Unbuffered DIMMS) with Max Frequency support of 1866+ Mhz. The HyperTransport link wit increased ILDT currents provides a maximum of 5.2GT/s.The Socket would be made compatible with the following AMD's 9 Series Chipset: 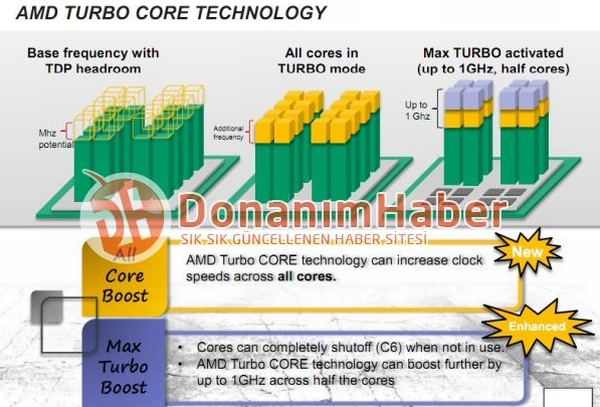 Also SemiAccurate also leaked the Die Size of a Bulldozer Processor which you can see below:

You can check out more details in the slides below: