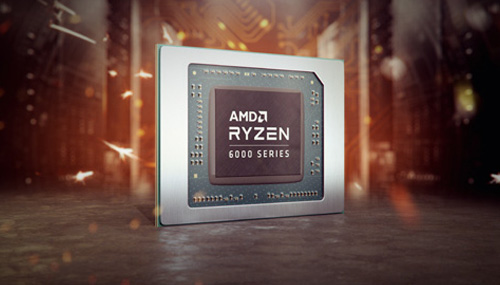 The performance benchmarks of AMD's Ryzen 9 6900HS APU have been unveiled and it offers the same performance as the 'HX' part but with higher efficiency.

In terms of specifications, the AMD Ryzen 9 6900HS has literally the same configuration as the AMD Ryzen 9 6900HX. It rocks 8 cores, 16 threads, 16 MB of L3 cache and the Radeon RX 680M iGPU. The clock speeds are also the same, rated at 3.3 GHz base and 4.9 GHz boost but there's one difference and that's the TDP. The HS parts come with a 35W TDP while the HX parts are suited for 45W+. This means that the HX parts will have a slight advantage when it comes to clock stability while HS parts are usually thermally-constrained and will have to divide that power budget between the iGPU and the CPU. 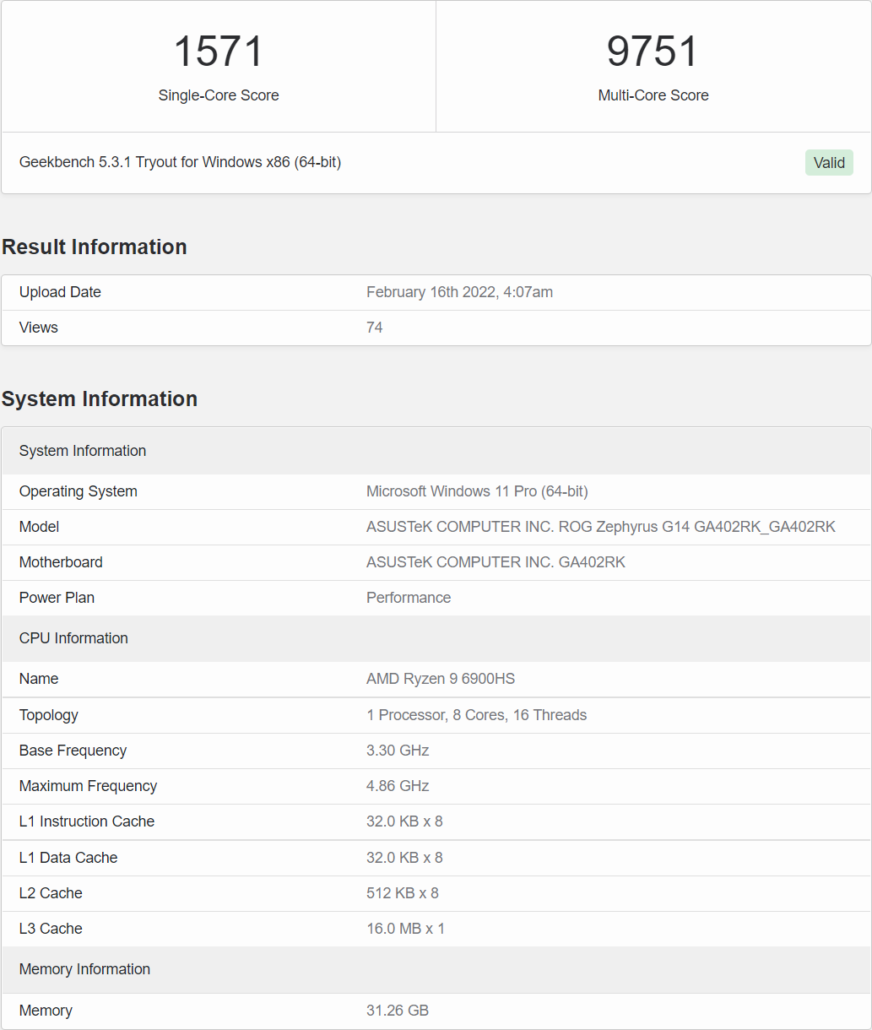 But the latest benchmarks of AMD's Ryzen 9 6900HS APU show that despite a lower TDP, it can actually manage to offer similar performance as the Ryzen 9 6900HX. In Geekbench 5, the chip scored 1571 points in single-core and 9751 points in multi-core which is right there with AMD's Ryzen 9 6900HX. The configuration is a high-end ASUS ROG Zephyrus G14 'GA402RK_GA402RK' laptop with 32 GB of memory. The APU was running under the 'Performance Mode' Windows 11 profile.

Benchleaks also managed to find an entry of the same ASUS ROG Zephyrus G14 laptop in the PugetBench database. The laptop, while being a high-end design, is optimized for peak power efficiency as it features the AMD Ryzen 9 6900HS APU and also the latest Radeon RX 6800S GPU which is specifically tuned to offer low-power consumption compared to the RX 6800M.

Based on the performance numbers, the AMD Ryzen 9 6900HS should be competing against the Intel Core i7-1280P which is also a power-optimized variant but has the advantage of higher cores. Overall, the 6900HS looks to be a very competitive CPU which can power some nice $1500 laptop designs.