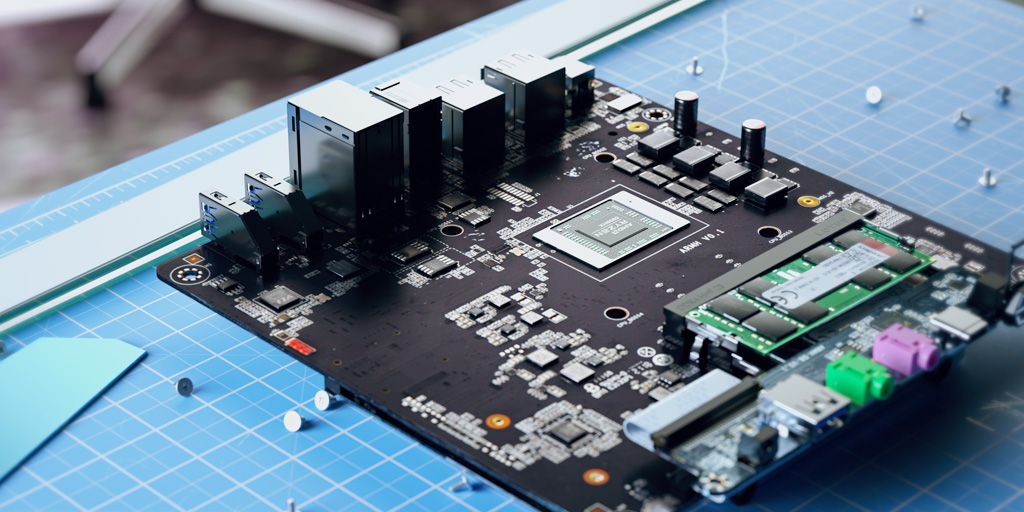 The Mini PC is a collaboration between MoreFine Focus and Minisforum. It is titled as the strongest Mini PC Ever and should feature a base price of $500 US (higher for more premium configurations). This is the first Mini PC to feature an AMD Ryzen 5000H series processor and we know these chips pack a lot of punch. The creators behind it also call it the most powerful Mini Workstation based on AMD CPUs.

Coming to the technical details, the system is packaged within an aluminum-magnesium alloy shell with an ultra-light & wear-resistant surface. Within the chassis is a Mini-STX motherboard featuring the embedded AMD Ryzen 9 5900HX CPU, dual DDR4 SODIMM slots, dual M.2 2280 NVMe SSD slot, a single 2.5" HDD (SATA III) slot, and an M.2 WiFi/BT port (NGFF). The CPU goes on the rear end and has a cooling fan attached to it. 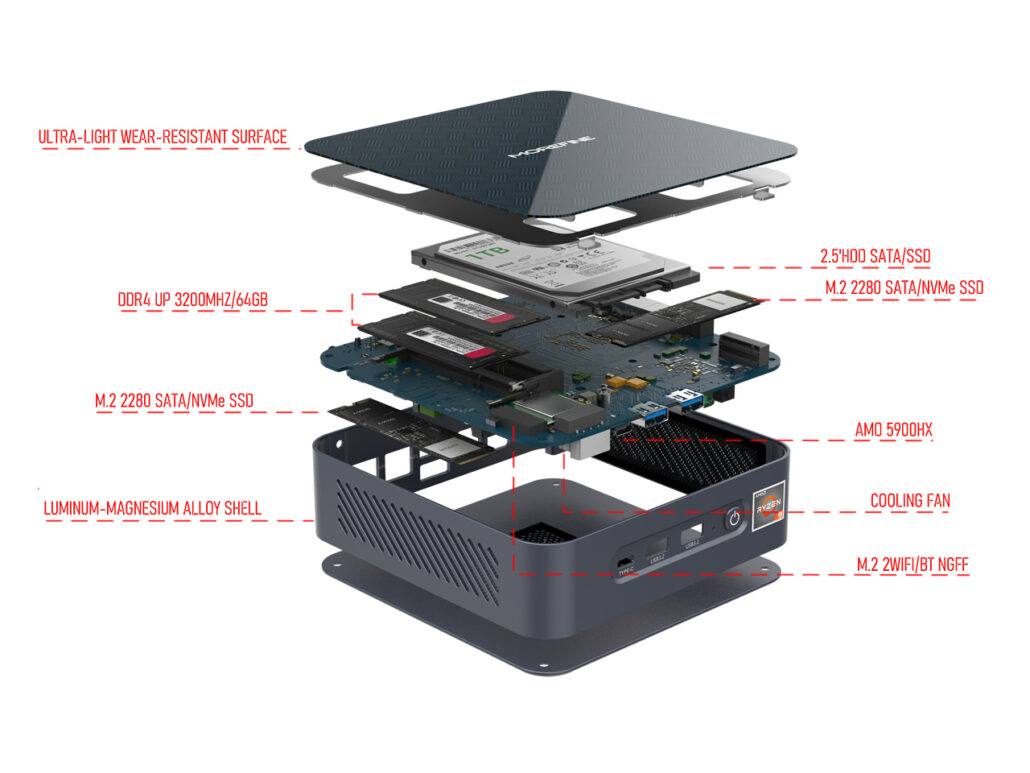 The chassis has vents included on three sides for heat dissipation. Coming back to the fan cooling, MoreFine Focus is using a pure copper mute cooling fan which enables higher airflow & low noise output. The whole chassis measures 150x145x40mm and weighs in at 1000 grams.

The AMD Ryzen 9 5900HX offers 8 cores and 16 threads. The chip features 16 MB of L3 cache and 4 MB of L2 cache. The base clock for the chip is rated at 3.30 GHz and the boost clock is rated at 4.70 GHz. Other features of the chip include an enhanced Vega GPU with 8 compute units or 512 cores that are clocked at 2100 MHz & also overclocking support which is a first for AMD on the notebook segment. It will be interesting to see how much of an overclock could be achieved with the Mini PC.

For I/O, The MoreFine Focus AMD Ryzen Mini PC features 2 USB 3.2 Gen 2, 2 USB 2.0, a USB Type-C port, power input, DisplayPort, 2 RJ45 LAN Ports (2.5GbE/1GbE), HDMI 2.0, and a 3.5mm audio jack. There's no official word on pricing and availability yet but it looks like the Mini PC will be available really soon and will feature a base price of $500 US as mentioned above.