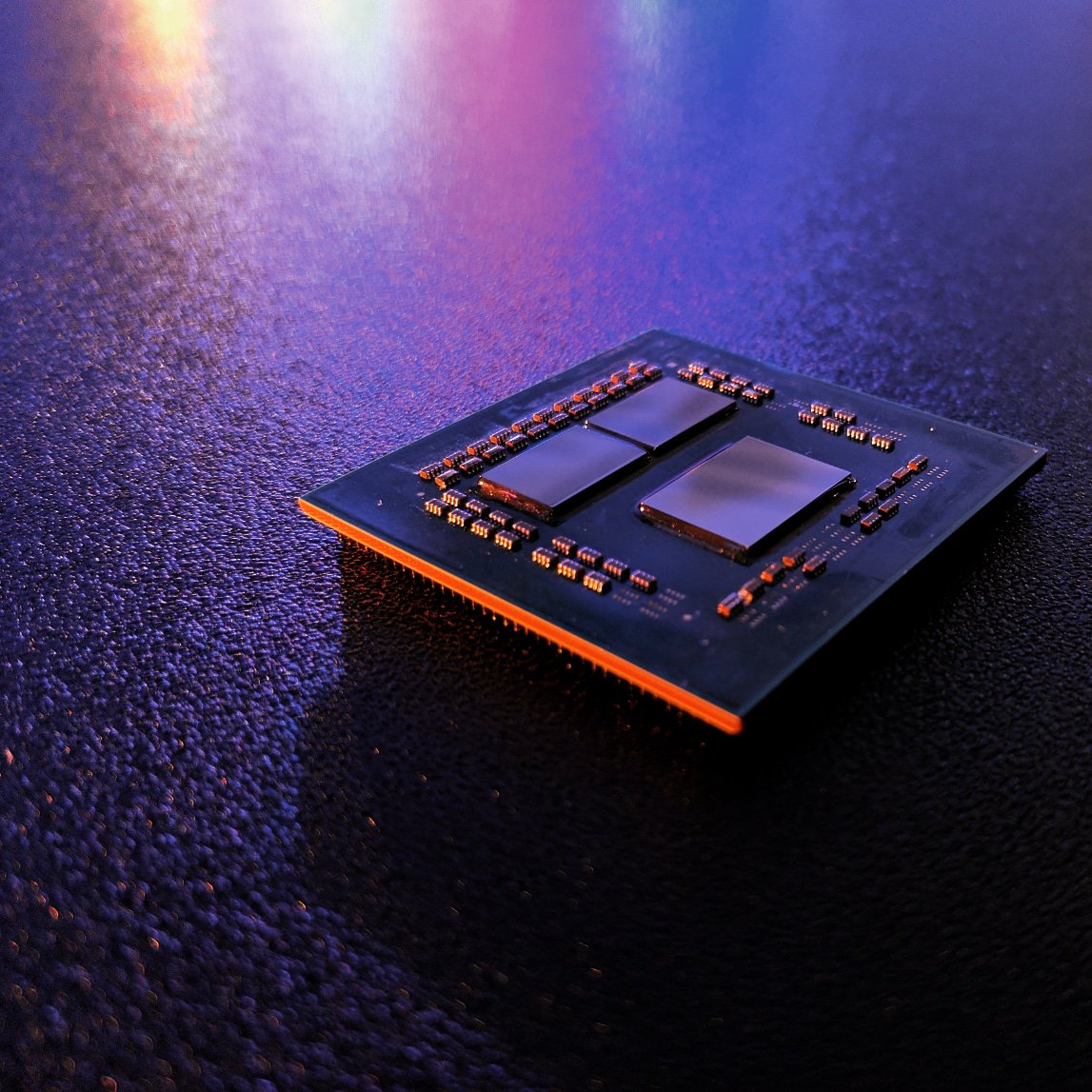 It looks like the demos AMD gave us in the morning for their newly announced Ryzen 3000 series processors were just the tip of the iceberg as Bryan from Tech Yes City has confirmed that AMD did indeed had provide a sneak peek of their 16 Core Zen 2 based Ryzen 9 CPU that was overclocked under liquid cooling but didn't make its way to the final presentation.

AMD Does Have 16 Core Zen 2 Based Ryzen 9 CPUs, Tested & Overclocked Under Liquid Cooling - Faster Than The 18 Core Intel Core i9-9980XE

The said sample makes use of all the dies available on the Ryzen 3000 CPUs (via Videocardz) and while the Ryzen 9 3900X does it too, it only does so partially since it has 12 of the 16 cores enabled. The naming for the said processor is not confirmed but we do have some performance and overclocking metrics from the video that Bryan posted, so make sure to give it a look below.

It is reported that the 16 core, Ryzen 9 CPU was running at 4.1 to 4.25 GHz and was achieving those clocks under liquid cooling and higher voltage than usual. The voltage is being reported to be up to 1.4 to 1.57V which is significantly higher than for standard usage, but it seems to be an early sample & AMD might have saved this flagship part for a later announcement since Ryzen 3000 is not expected to hit shelves till 7th July.

Coming to the performance metrics, the chip scored 4346 points which are significantly higher than the score Ryzen 7 3700X posted. It's even higher than the Intel Core i9-9980XE at stock by just a few points but if we look at it this way that the said Ryzen 9 chip would cost below $799 US and will be positioned against Intel's Core i9-9980XE, an 18 core and $2000 US part, the Ryzen 9 16 core sounds like an exceptional deal for the multitasking performance you are getting out of the box.

It will be interesting to see how AMD brands this chip as this would clearly replace their 2950X part from the Threadripper lineup for HEDT CPUs, offering 70 MB of cache and 40 PCIe Gen 4 lanes on a much cheaper platform (AM4).

AMD Hasn't Abandoned Ryzen Threadripper, HEDT Brand To Return In Full Force With Up To 64 Cores

And since we are talking about Threadripper, let's talk about the fact that Ryzen 3000 12 and 16 core processors will essentially replace the 12 and 16 core Ryzen Threadripper 2000 series CPUs but AMD put an end to certain rumors which claimed that AMD might have abandoned HEDT to focus on their high-core-count mainstream parts.

The reality is brought to us by PCWorld who confirmed with AMD that Threadripper is indeed coming and will feature even higher core count than the mainstream lineup.

I believe that AMD HEDT Ryzen Threadripper will always have a place in the enthusiast market just like Intel's HEDT parts. HEDT CPUs are a statement of owning the performance and core count crown in the enthusiast landscapes and the wider performance spectrum. As long as enthusiasts and high-end users exist, such parts will be released by AMD and Intel.

In terms of raw performance output, the new die layout remains to be tested, but since it is more refined over the previous two generations with a stronger interconnect between them, the cache and latency performance may end up giving a bigger boost to total system responsiveness. More recently, a listing at EEC has revealed three brand new X499 chipset based motherboards from Gigabyte, mostly that are part of their AORUS lineup. These include the following (via Videocardz):

This confirms that motherboard vendors are already preparing for the new Threadripper platform which would not only support the new features that the CPUs have to offer, but also enable PCIe 4 support. All of this looks to make Ryzen Threadripper a very solid offering in the HEDT space which will once again offer extreme core counts at exceptionally great prices.