AMD's Ryzen 7 5800H CPU which is going to be part of the Cezanne-H family of high-end mobility Zen 3 processors has been spotted within Geekbench by TUM_APISAK. This is the first time we get to see AMD's next-generation high-performance mobility CPUs which will be replacing its existing Renoir lineup (Ryzen 4000H).

Coming to the specifications, the AMD Ryzen 7 5800H features 8 cores and 16 threads. The chip was running preliminary clock speeds of 3.2 GHz base/boost. The CPU features 16 MB of L3 cache and 4 MB of L2 cache. The L3 cache is a major upgrade over the Ryzen 4000U and Ryzen 4000H 'Zen 2' processors, offering increase inter-core latency speeds and bandwidth. The CPU will come with AMD's enhanced Vega graphics core based on the 7nm process node. 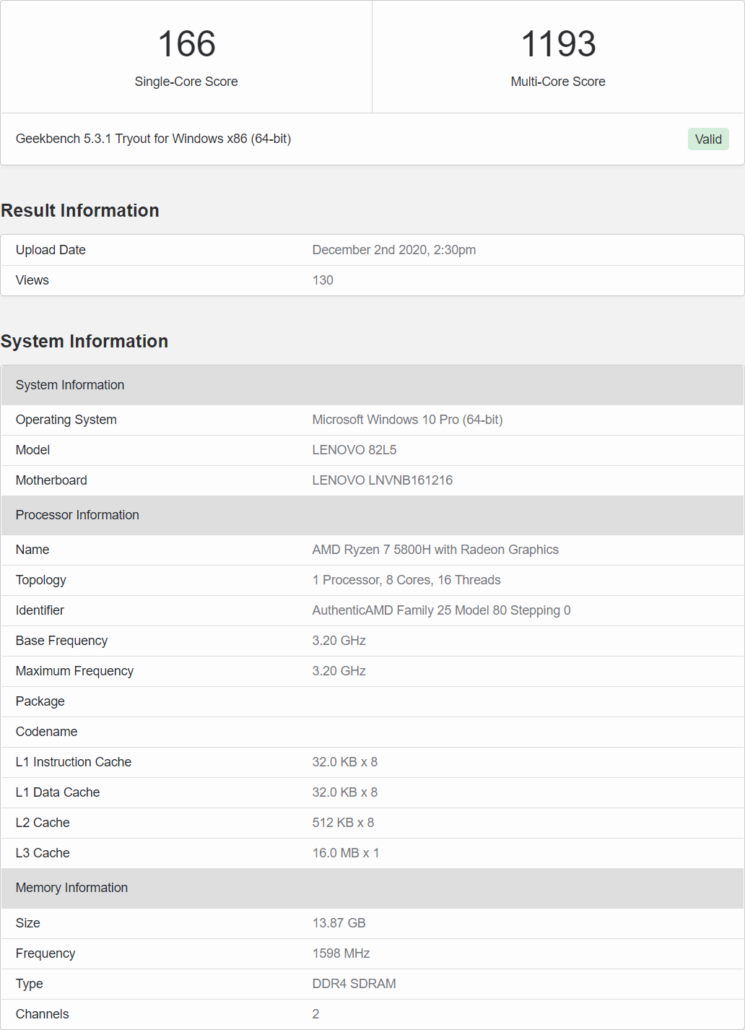 The chip scored poorly within the benchmark which is due to it being an early engineering sample and was running at just 500 MHz clocks. Even the boost clock is listed at 3.2 GHz which isn't final. What is interesting is that the CPU base clock is 300 MHz higher than the Ryzen 7 4800H and the GPU clock should be around 400-500 MHz higher than its predecessor. That along with the Zen 3 core architecture should deliver much higher performance as seen with the Ryzen 7 5800U and its performance compared to its Ryzen 4800U predecessor. Expect more information from AMD on its next-generation Cezanne family around CES 2021.