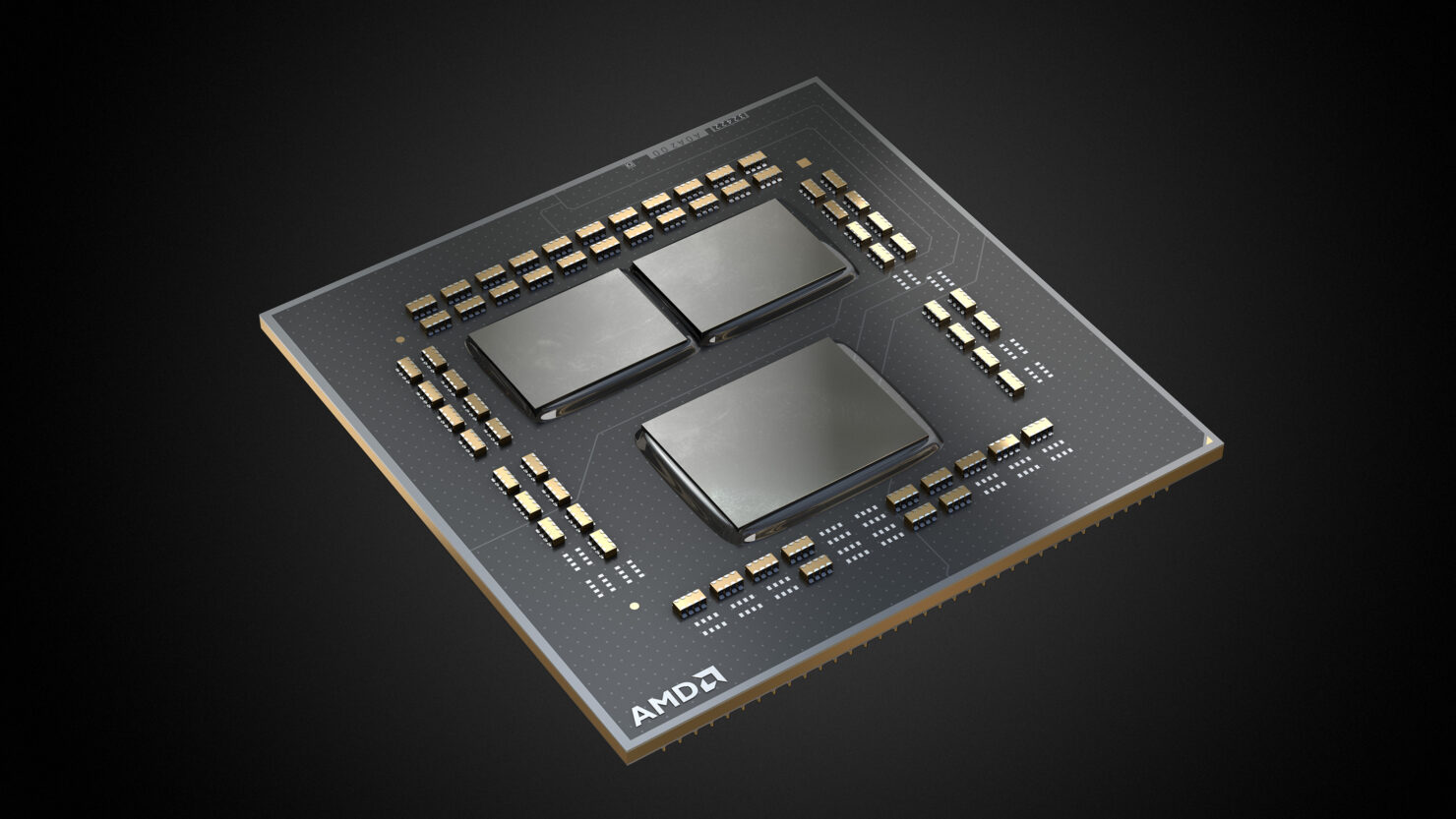 AMD along with its board partners has started sharing more details for the Ryzen 5000 Zen 3 Desktop CPUs regarding undervolting, memory support, and overclocking functionalities. The information was shared by AMD on social platforms and also by board partners during launch webcasts for the Zen 3 consumer family launch.

Videocardz managed to do a great roundup of all the details which AMD has officially shared over at various social platforms such as Twitter, Reddit, and their own community blog. Several buyers got their hands on the AMD Ryzen 5000 Zen 3 desktop CPUs yesterday and these details could get you more performance out of your purchase if you follow them correctly. AMD's own Director of Technical Marketing, Robert Hallock was keen to share the details with the rest of us and you can find all useful information listed below.

Robert answered a range of questions over at Twitter which includes everything from undervolting, memory support, precision boost, and general support. 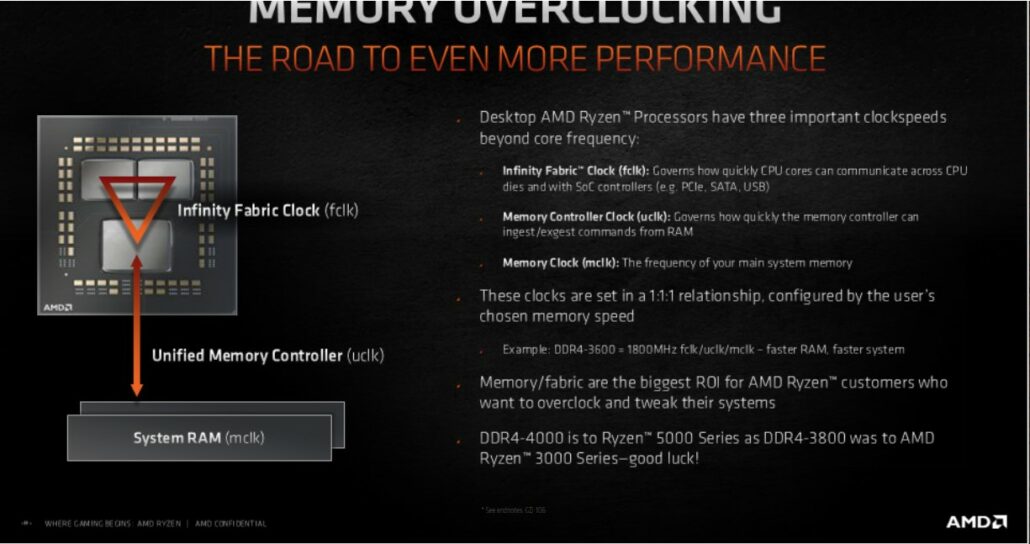 AMD also states that an FCLK of 2000 is not guaranteed for all samples but they are trying to make it easier with upcoming AGESA updates. With that said, DDR4-3600 will still be the best memory in terms of price/performance ratios.

What is the fastest possible RAM you can run with 1:1 FCLK?

DDR4-4000. 2000MHz FCLK is to the Ryzen 5000 Series what 1900MHz FCLK was to the Ryzen 3000 Series. Many samples can do it, but not all. In the upcoming AGESAs, we will be implementing additional tuning that will make reaching 2000MHz easier. This is not a guarantee. There is no "safe bet" that your CPU will reach this frequency. But don't be surprised to see a bunch of people bringing that magical 2000MHz FCLK home with DDR4-4000.

Okay, so what's the best price/performance?

DDR4-3600 continues to be a "sweet spot." The kits are inexpensive, widely available, perform well, and have good compatibility. Is it the best in every category? No, but that's not what the sweet spot is. 3600 is a good bet because it's a good value in perf/$ for someone who wants to plug and play. Is it the best possible performance? No. Is it close? Yes, and without tinkering.

What's the best memory, even if I have to overclock?

Probably very tight timing 3600 or 3800, just like the Ryzen 3000 Series. The timings on these
memory bins can be super aggressive versus higher memory speed grades, and that usually
overpowers frequency.

No, DDR4-3200 is typically binned with tight timings that make it very competitive with a weak or average DDR4-3600 kit. You're not missing out on a ton of performance, but there are gains to be had w/ OC if you're interested in it.

Did you change the memory controller?

No. Everything you know about memory from the Ryzen 3000 Series still applies. Everything. In full. Except the ceiling is now +100MHz higher @ DDR4-4000 for good samples.

During its MSI Insider webcast, MSI also provided a lot of key insight into the AMD Ryzen 5000 Desktop CPUs, especially the CPU & memory overclocking capabilities of the Zen 3 architecture. MSI first showed off the first look at a delidded AMD Ryzen 5000 desktop CPU.

AMD is known to utilize a very high-quality solder design on their processors which includes IHS gold plating & silicone-protected capacitors which offer better durability and proper contact with the integrated heat spreader to dissipate heat more effectively to the cooling solution. Each of the three chiplets also features a liquid metal thermal interface for better heat conductivity which shows AMD is still keeping its CPUs prepped up with high-quality materials underneath. 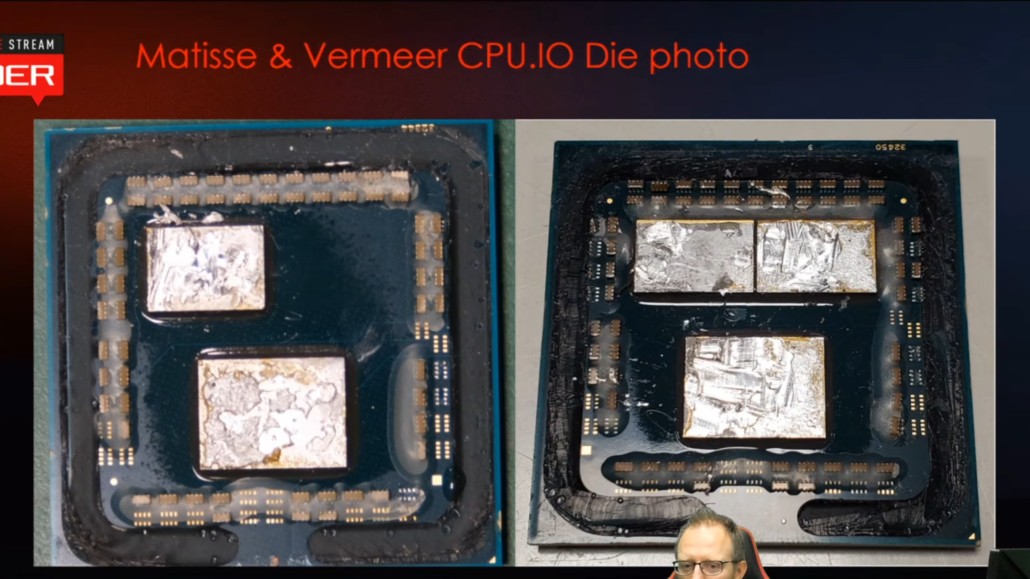 Moving on, MSI listed down overclock voltages and the resulting power usage based on its own internal testings. According to MSI, these are the overclock voltages tey would suggest users. We have the voltages for each CPU along with the power consumption and current ratings listed below:

MSI also showcased that Auto overclocking for Ryzen 5000 desktop CPUs delivers slightly better results than what PBO has to offer.

And finally, MSI showcased the memory latency performance of Ryzen 5000 CPUs which has been vastly improved with Zen 3. MSI acknowledges AMD's claims of DDR4-4000 being the sweet-spot. MSI also demonstrated latency as low as 49.5ns with an FCLK of 2100 MHz or DDR4-4200 (CL14).

Last but not least, anyone whose getting the AMD Ryzen 5000 Zen 3 CPUs should be ready to install their new processors in their 500-series motherboards by following these guidelines:

Getting ready right now is easy:

And if you have an AMD 400 Series motherboard, you should see BIOS updates starting in January 2021.

Overall, this AGESA is designed to bring the Ryzen 5000 Series to the full performance and experience intended by AMD. Performance optimization is really the hero of this release, so make sure you grab the update for your motherboard when you’re up and running on “Zen 3.”

But that’s not all! We have an exciting roadmap beyond AGESA 1.1.0.0 and wanted to give you a small preview of what’s coming in future BIOS updates.