Overclocking is fun; crank the volts and crank the clocks and subsequently crank the heat. Then you've got weirdos like me who love to undervolt and stay as close to maintaining the same performance as stock. Why? Lower voltages mean lower heat, and for me, it's all about keeping those fans spinning as slowly and quietly as possible. It appears that AMD has leveraged that same philosophy with the new Ryzen 5000 Series Precision Boost Overdrive 2 update that's coming with a new AGESA. 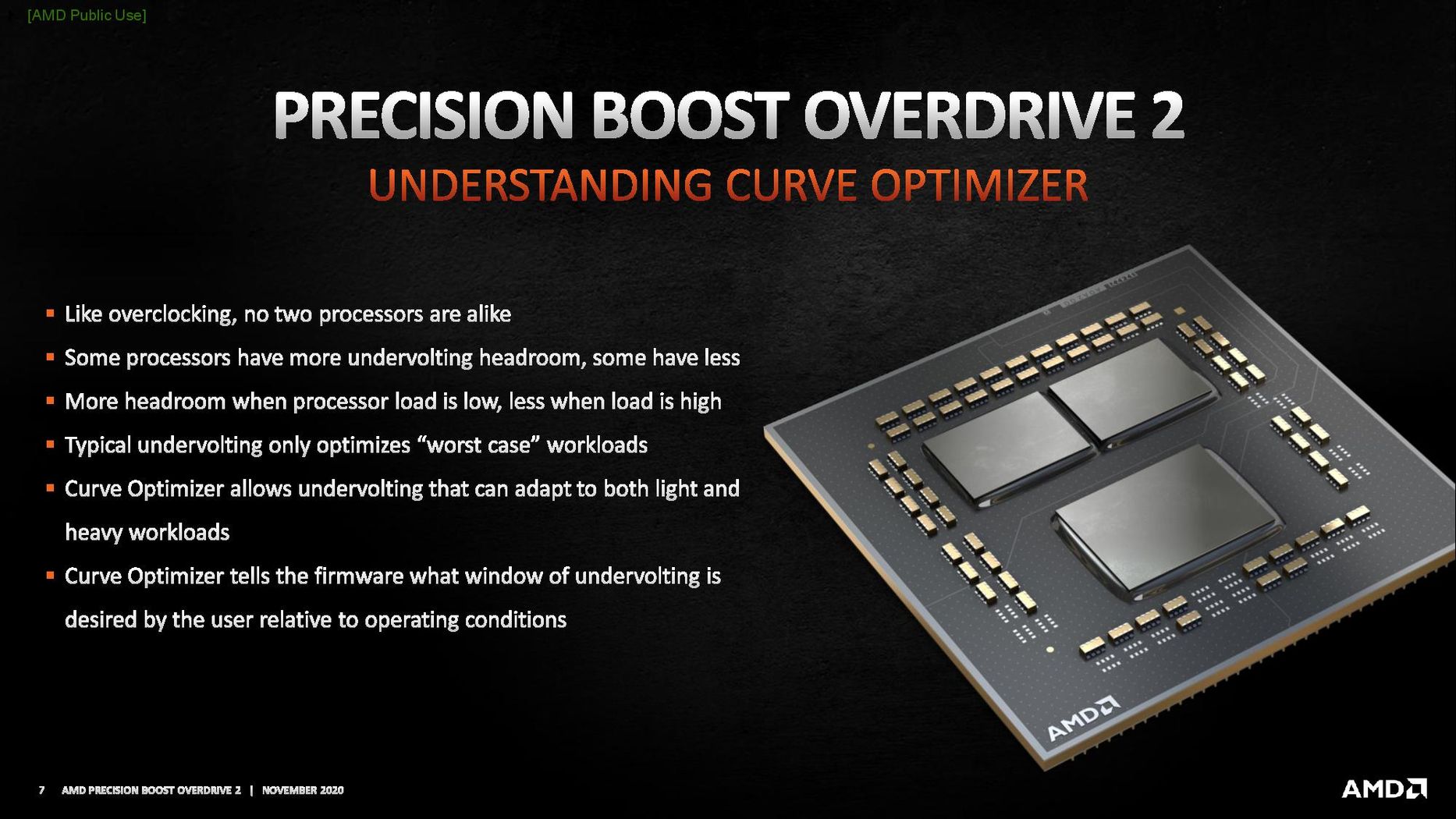 The Precision Boost Overdrive 2's Curve Optimizer is what they're calling it. And if we take a moment to harken back to the Radeon RX 480 (the same method applies elsewhere too), we were able to find that reducing the voltage it takes to hit a certain frequency allowed for the card to boost up much higher thanks to overall reduced power draw and thermals. Long and short, that is kind of the idea here, but rather than just pounding in a set figure, the Curve Optimizer can configure the lowest (within your applied variance) voltages along with the boosting algorithm on the Ryzen 5000 Series CPUs. 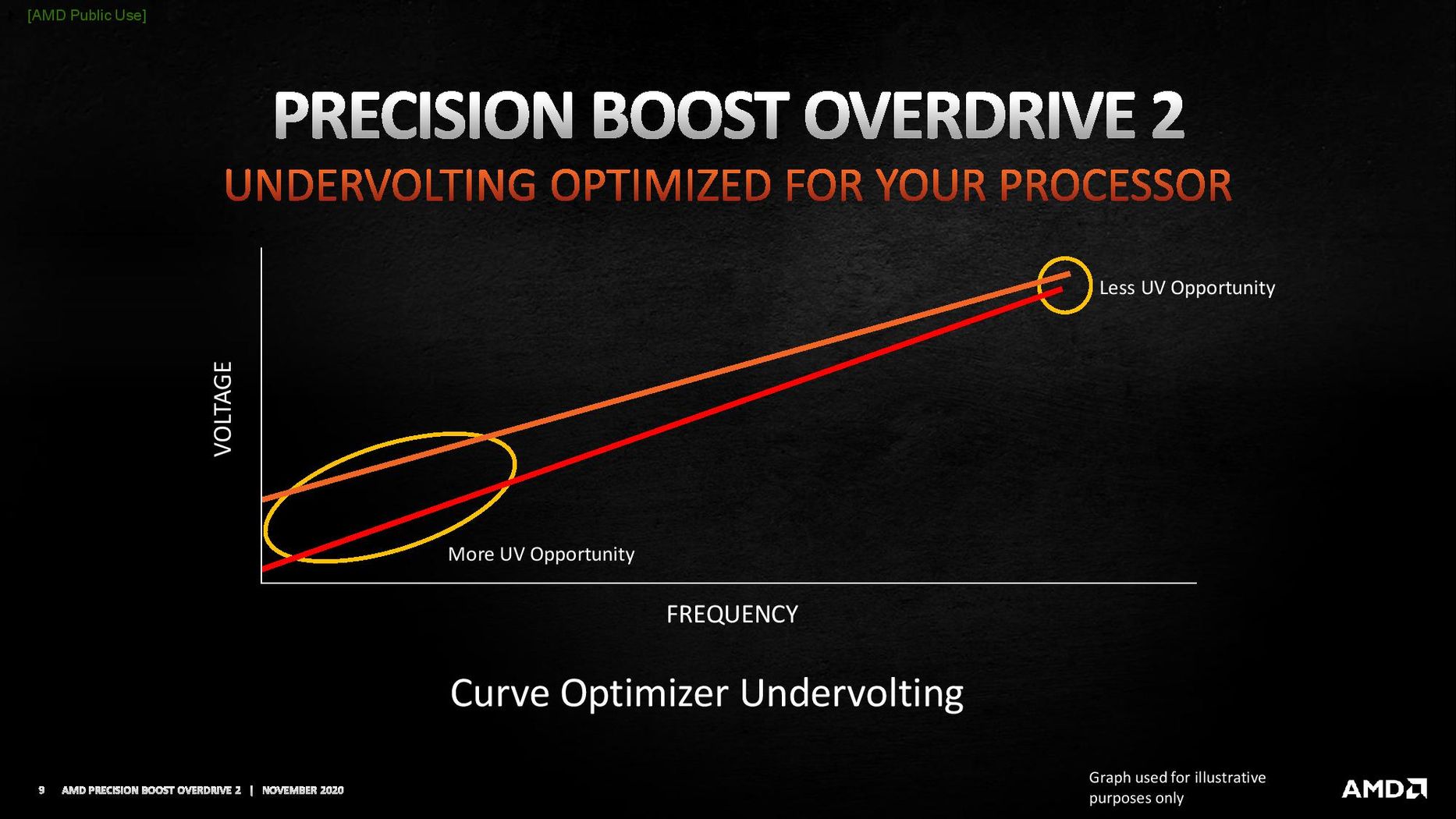 According to AMD's graph, it should only be used for illustrative purposes, is going to be found mostly on the lower frequency end of the spectrum. This makes sense as the Ryzen 5000 Series CPUs tend to call for much more than necessary voltages at these ranges while they tend to level out much more at the higher performance end. This isn't to say that you won't find benefit at those higher frequencies. 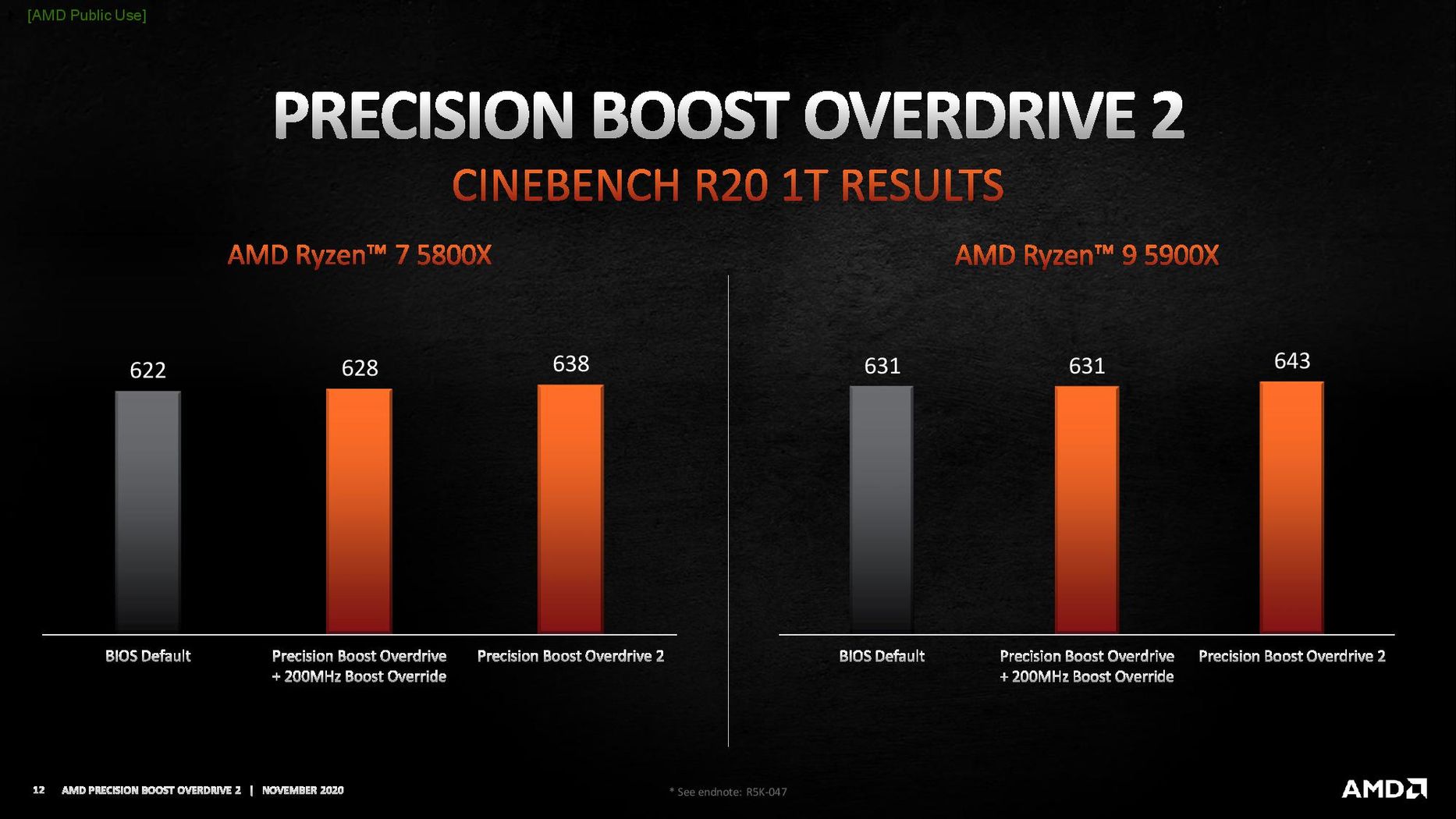 According to AMD's chart showing Cinebench R20 single thread results with the Ryzen 7 5800X and the Ryzen 9 5900X, we see a measurable uptick in the single-thread test. I know from my own testing on the Ryzen 3000 Series and the Ryzen 5000 Series so far that Precision Boost Overdrive has net me zero tangible improvements and only resulted in more power draw, so seeing these results of a higher single-thread score is quite nice. Still, I'm more interested in how things look when you load up more (or even all) cores. I'm hoping to see a nice reduction in thermals or at least a better-sustained multicore load frequency.

According to Dr. Ian Cutress of Anandtech, we can expect to see the official rollout of the Precision Boost Overdrive 2 and Curve Optimizer with ATESA 1180 firmware updates for the Ryzen 5000 Series CPUs starting in early December. Just make sure to keep a check on your motherboard vendor's support page for that update.