AMD is readying two new Ryzen 2000 series desktop processors which will soon be available to gamers around the $150 US sweet spot. The new processors include Ryzen 5 and Ryzen 3 SKUs that are going to aim the budget gamer market with all of the features available on current 2nd generation Ryzen CPUs. (via TUM APISAK)

The first wave of 2nd Generation Ryzen based Quad-Core processors are expected to hit the market soon. Two such CPUs have appeared in the Geekbench database along with their 1st performance metrics which are looking really great especially considering their price segment.

The first processor we are looking at is the Ryzen 5 2500X. This is a quad core with multi-threading capabilities. It features a base clock of 3.60 GHz and boosts up to 4.00 GHz, we can expect higher clocks with precision boost overdrive and XFR enhanced. The chip features 16 MB of L3 cache (the one reported by Geekbench in incorrect based on previous processor entries) and we can expect the TDP to be set at 65W which is similar to its predecessor, the Ryzen 5 1500X. The clocks have been enhanced but we can expect overclocking to be slightly better than the older part as this will be using the refined 12nm process node.

In terms of pricing, we can expect something close to the $150-$160 US range which will be a great value considering the performance metrics of 4782 points (single-core) and 17291 points (multi-core) put it really close to Intel's Core i7-7700. 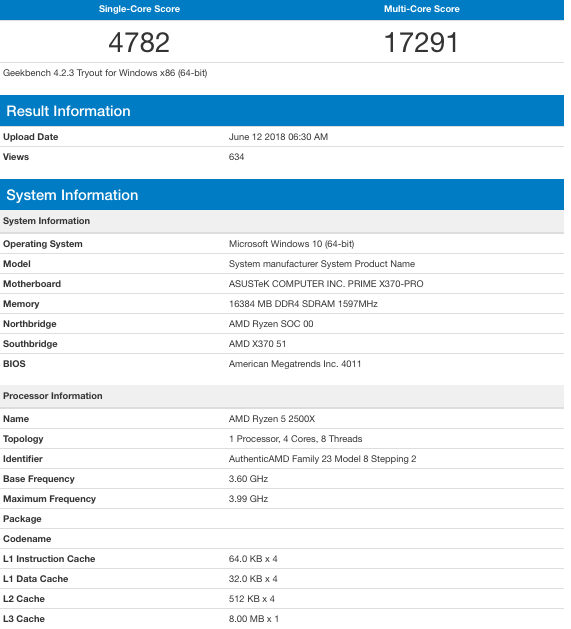 The second processor is the Ryzen 3 2300X and just like the other quad-core part, it excels its predecessor in every department. There's no multi-threading support on this part however, the clocks are bumped to 3.50 GHz base and 4.00 GHz turbo with the added advantage of the 12nm process, precision boost overdrive and XFR enhanced. The chip is expected to close around $120 and $140 US which is insane value since this part is also almost similar in performance to the Intel Core i5-7600K. 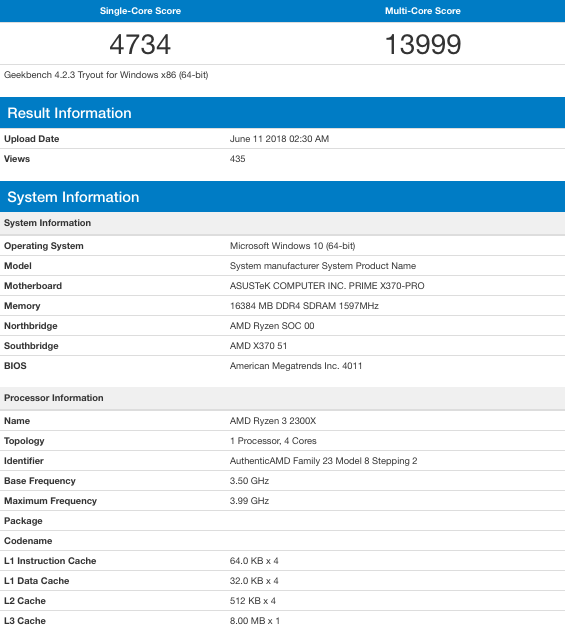 Both parts will support full overclocking and will be compatible with X370 and X470 motherboards. If the prices are close to where we are expecting them to be, then these could be very impressive processors for the gaming audience on a budget. Expect retail availability of these parts soon.