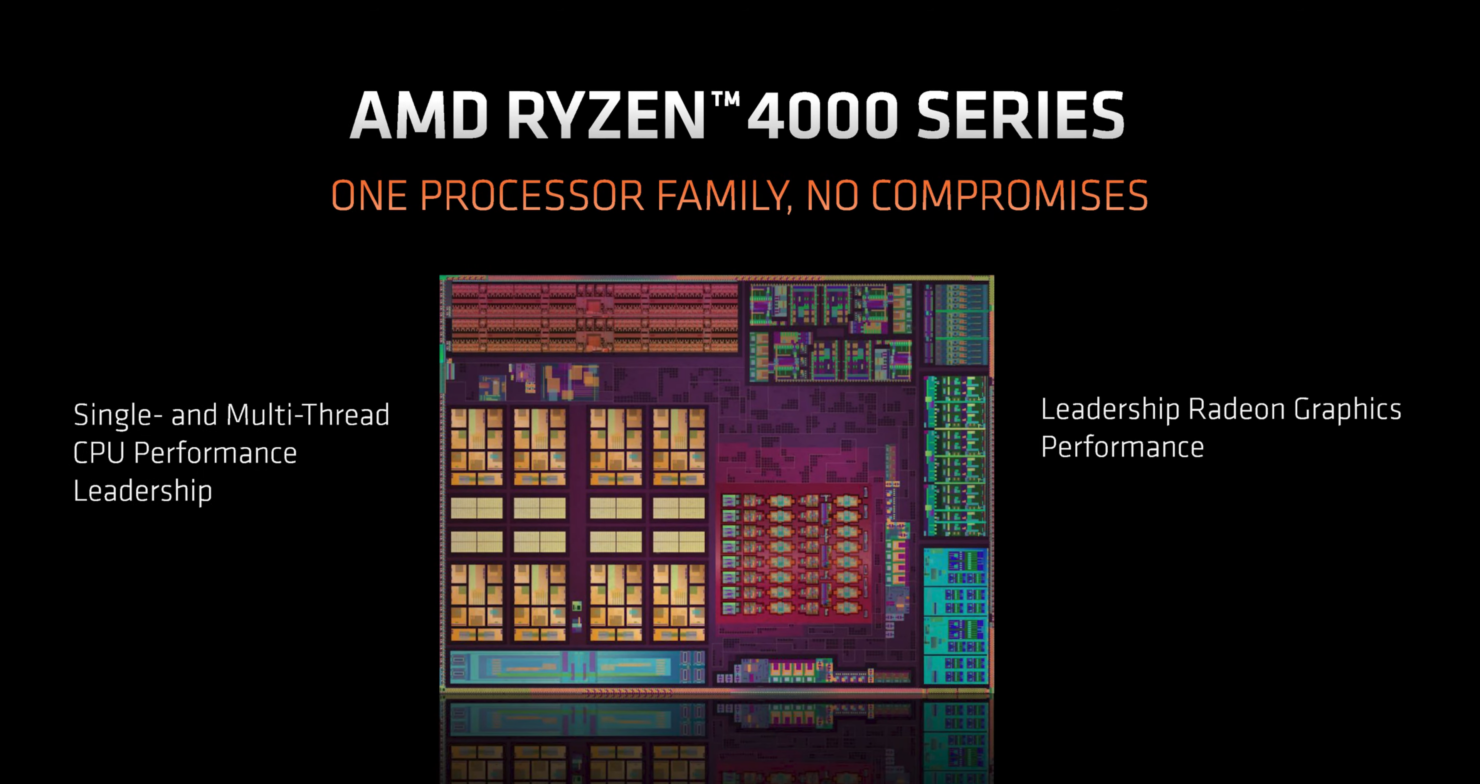 It looks like AMD's partners have already started prepping up their upcoming consumer line of DIY PCs featuring the Ryzen 4000 Renoir APUs. One such barebone PC is coming from ASRock and will be equipped with up to an 8 core & 16 thread Ryzen 4000 Renoir APU as spotted by Rogame which also features a surprising motherboard addition.

ASRock has planned its DeskMini 2 Barebone PC which features two surprising additions. One of them is the AMD Ryzen 4000 Renoir APU. The Desk Mini 2 will house an 8 core & 16 thread Ryzen 4000 APU with a Vega 8 GPU consisting of 512 cores. The codename for the Renoir APU used is 100 0000000146 and this is the same pin-code for the flagship chip, the Ryzen 7 4700G. The CPU shown in the tests is an engineering sample with a base clock of 3.5 GHz and a boost clock of 4.2 GHz that is slightly lower than the clock speeds mentioned by Igor's Lab but considering that this APU could be an earlier test sample for the Desk Mini 2, it is possible that we will see higher clock speeds in the final configuration. 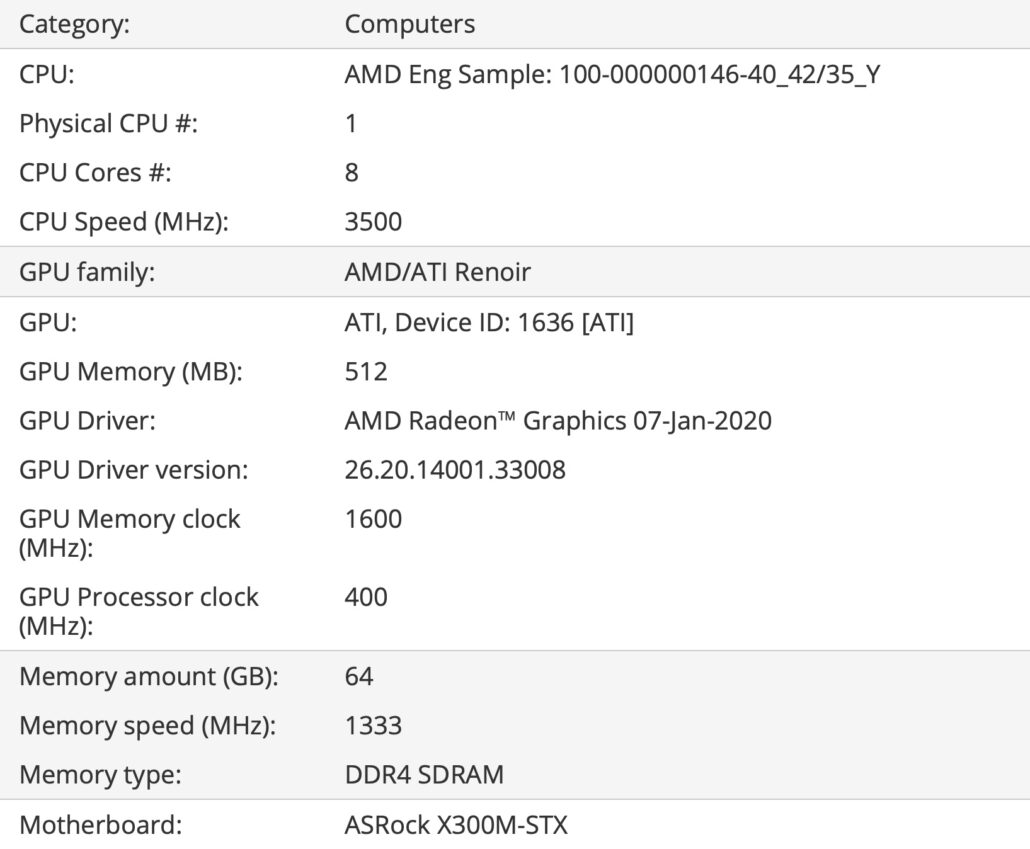 The other interesting aspect about the Desk Mini 2 will be its motherboard. As per the leak, ASRock will be utilizing its X300M-STX motherboard to power its barebone Ryzen 4000 PC. What makes this particular board interesting is the fact that it has been announced since the first generation Ryzen CPUs but we never got to see any implementation of it yet.

The X300 motherboards are designed around the Mini-STX form factor which is a miniature version of ITX motherboards. A300 boards in the STX form factor do exist but X300 is primarily targeted at enthusiasts and overclockers. So it is fair to expect that these motherboards will have better power supply designs for the CPU such that they can accommodate flagship CPUs like the Ryzen 7 4700G with 8 cores and 16 threads. 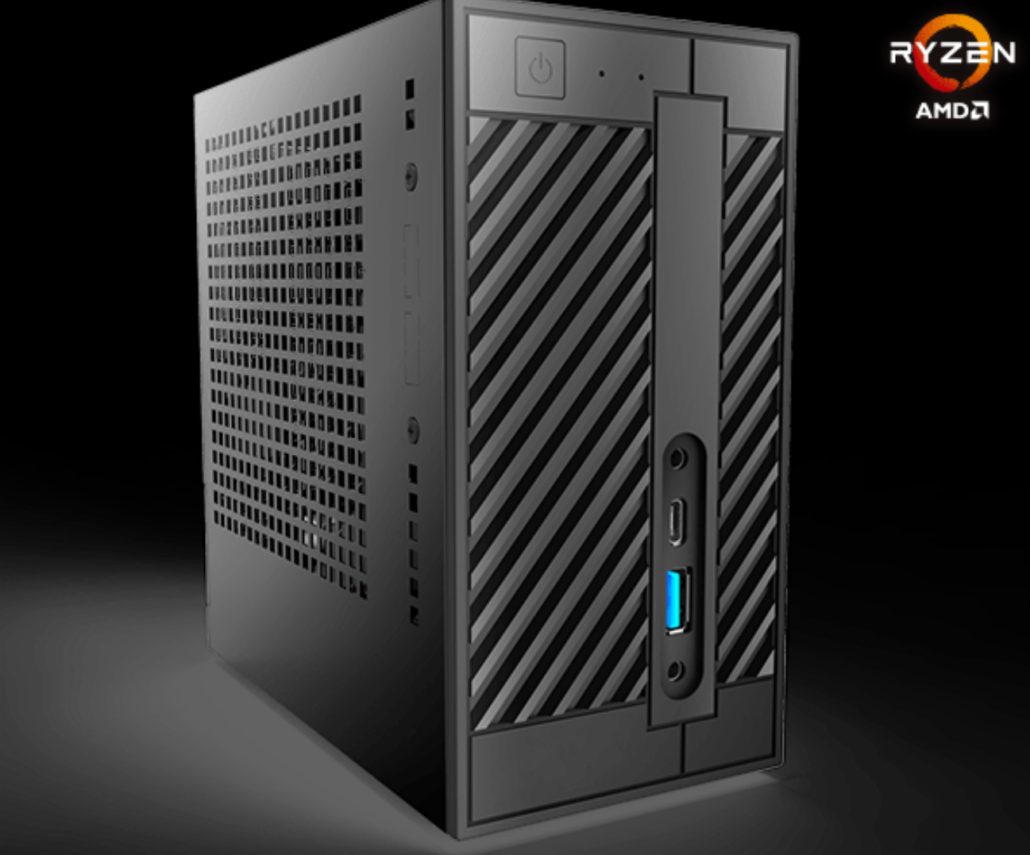 ASRock's leaked Desk Mini 2 barebone PC was equipped with 64 GB of SO-DIMM memory. The smaller STX form factor doesn't allow the use of standard DDR4 DIMMs. These barebone STX PCs also don't feature PCIe expansion slots so you cannot equip a discrete graphics cards like you can on an ITX form factor motherboard. You can expect the usual I/O and range of M.2 ports for NVMe devices but we will have to wait and see whether there would be PCIe Gen 4 support offered on these motherboards considering they have been in the plans since the first generation Ryzen CPUs.

A set of performance benchmarks in 3DMark Time Spy were also leaked, showing that the Renoir desktop CPU performs around 12% better in CPU and 8% better in GPU performance compared to the Ryzen 7 4800HS mobility Renoir APU. If priced right, then this barebone PC would be an ideal platform for entry-level gamers and SFF PC enthusiasts.