We may have little details about AMD's upcoming Ryzen 3000 CPUs and Radeon Navi GPUs but it looks like we may be hearing a lot more about them sooner rather than later. According to a new report from RedGamingTech, they have been told that AMD will be launching three new product platforms which include Ryzen 3000, X570 and Radeon Navi in July.

The source reports that just like Radeon VII that got the 7th February release date which clearly highlighted the 7nm process technology featured on the card, the 7th July (7/7/2019) release to emphasize the use of 7nm across all AMD mainstream families (GPU & CPU). It's a really great marketing approach for AMD. Also what's interesting to note here the mentioned date is for the release which means AMD would probably make an announcement earlier. 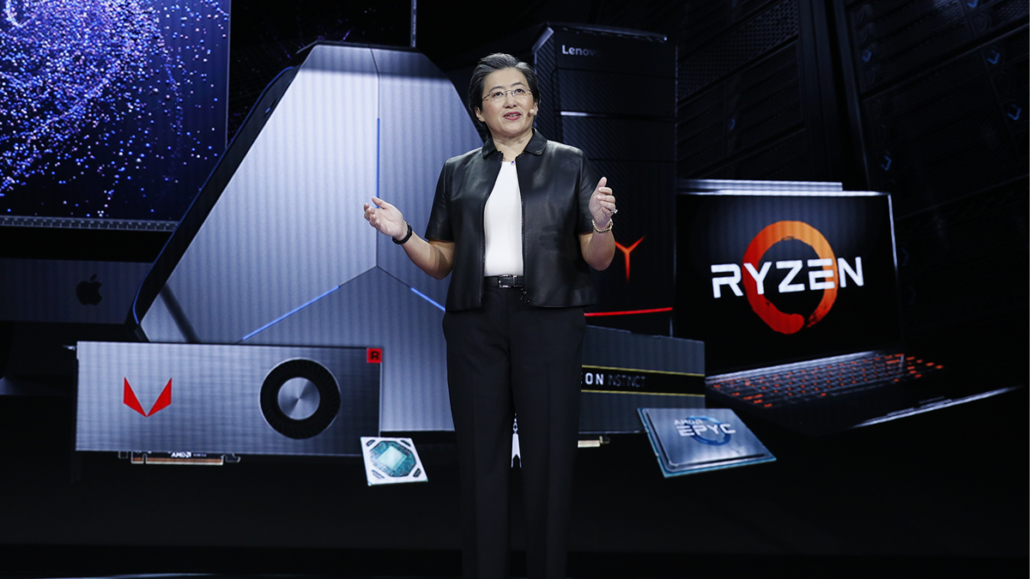 Computex 2019 looks to be the best platform for AMD to announce their new mainstream lineups. Last year at Computex, AMD announced their 2nd Generation Ryzen Threadripper processors that became available in August 2018, almost two months later. For the upcoming 7nm products, AMD will give us a month before actual availability commences if the rumor is accurate.

We have already heard plans of various announcements regarding the Ryzen 3000 series so we might just get to see Zen 2 in action at the AMD press conference. Computex would also give partners of AMD to show-case their new motherboards which will also be announced at the event. Now let's talk about the upcoming product families starting off with Ryzen 3000.

At CES 2019, AMD announced Mattise, also known as the 3rd Generation Ryzen Desktop Processor family. AMD confirmed that the CPUs will be available around mid of 2019 which goes in line with the rumored release date of 7th July 2019. AMD Ryzen 3000 series desktop processors as they will be labeled will be using the latest TSMC 7nm process node and the brand new Zen 2 architecture which focuses on providing higher IPC and improved efficiency over the 12nm Zen + architecture that currently resides within the Ryzen 2000 series desktop processors. 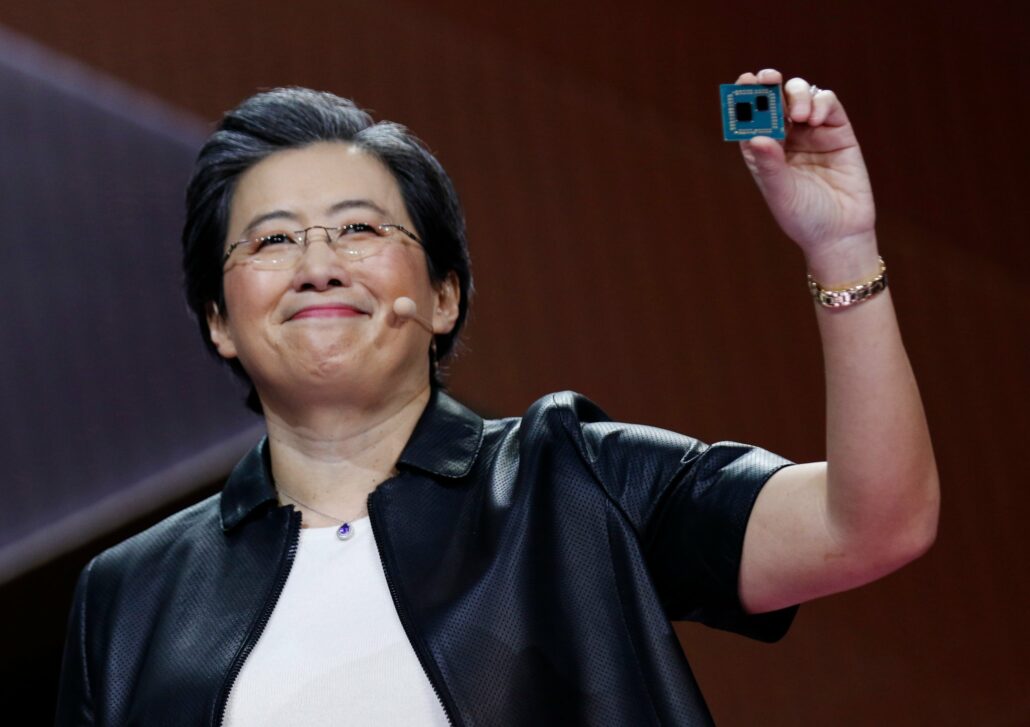 AMD's first official demo of their Ryzen 3000 mainstream desktop processors was an 8 core, 16 thread chip, pitted against the 8 core and 16 thread Intel Core i9-9900K. Not only did the AMD Ryzen 3000 series desktop processor had a slight edge in completing the multi-threaded Cine-Bench R15 benchmark, but it also managed to do so consuming almost 50W less power.

That is incredible considering in just a generation, AMD will manage to outpace Intel in overall efficiency that is something Intel had been leading for many generations but their stagnant progress and heavy reliance on 14nm process has led AMD to top their rivals in performance per watt and just pure raw performance too.

As with every Ryzen launch, the prices will play a huge factor in determining their popularity. The 1st and 2nd Generation Ryzen chips were fantastic when it came to their value proposition. Not only did they feature higher core counts than their counterparts but they also managed to run cooler and consumed lower power. This would obviously get better with the Ryzen 3000 series it looks like AMD will offer much better prices for each of their respective core count mode.

The 8 core models can sell for around $199-$299 while the 12 core parts can go for $399 and finally, the 16 core parts can end up around $499. The reason we will be looking at such good prices is that unlike Threadripper CPUs which use a bigger PCB and four dies (based on EPYC layout), the Ryzen CPUs will only be featuring 2 dies and that saves up space and design costs. Also, the 6 core and 4 core parts may end up under the $150-$200 US bracket which would make them an ideal choice for budget users.

That, however, doesn't mean that AMD Ryzen 3000 series would only be compatible on X570 boards since just like last time, the new CPUs will be backward compatible with X470 & X370 boards too. They certainly won't display the same feature set that will be available on the newly launched X570 lineup but will feature fully stable functionality for users who just want to drop in a new CPU and continue using their PCs without the hassle of upgrading the motherboard and everything from scratch.

Coming to Navi, AMD's next biggest GPU architecture release in 2 years, the company would be following a similar strategy of launching it close to the mainstream CPU family. This would give AMD an opportunity to highlight their upcoming mainstream Radeon family to potential buyers. The 7th July release date for Navi is also mentioned but considering there are rumors of a delay and the fact that AMD is under pressure from TSMC's overall manufacturing capabilities, we may get an announcement rather than a release on the aforementioned date.

With AMD Radeon VII released, AMD would put their full efforts towards Navi rather than the Vega architecture which has now existed as AMD's high-end offering since 2017. AMD's Radeon Vega GPUs were designed with HPC in mind but they also served the gaming market. There are several prosumer products based around Vega, you can even call the Radeon VII a prosumer card but that might change with Navi.

With Radeon Navi GPUs, AMD is said to be making gaming a first priority. You see, other than mainstream and high-performance desktop/mobility cards, Navi has long been rumored to power the next-generation consoles from Sony and Microsoft. AMD talked about partnerships on future platforms with Microsoft's head of Gaming, Phil Spencer, at CES 2019, further confirming what we were being told.

"As we look forward to future platforms that we’re building and work that we’re doing, the partnership and the innovations that we’ve seen in the past have led to what we’ve been able to do today, I think they’re going to be critically important to our future endeavors. I’m really looking forward to showing those to people more in the future.”

- Phil Spencer, Head of Gaming and Xbox at Microsoft

AMD Navi GPUs have been talked as the next big thing coming out from RTG and is likely the last GPU generation to feature GCN architecture as its DNA. With Navi, AMD is going to focus on brand new design changes to the architecture that would help boost its efficiency and performance. For comparison, Radeon VII utilizes the 7nm architecture but it is essentially a die shrunk of an existing architecture. The Navi GPUs will be designed around 7nm from the start and that would definitely help AMD take full advantage of the 7nm process node.

Previously in interviews, AMD’s CEO, Lisa Su, and AMD’s CTO, Mark Papermaster, both had confirmed a refresh of sorts across their Radeon program.

“We are really excited to start on the high end with our 7nm Radeon VII […] and you will see the announcements over the course of the year as we refresh across our Radeon program.”

“What we do over the course of the year is what we do every year. We’ll round out the whole roadmap,”

— Mark Papermaster (via The Street)

“We believe, we will be very competitive overall and that includes the high-end of the GPU market. Obviously there are new products out there from our competition. We will have our set of new products as well and we will be right there in the mix”

“As it relates to ray tracing in particular I think it’s an important technology, but as with all important technologies it takes time to really have the ecosystem adopt [it]. And we’re working very closely with the ecosystem on both hardware and software solutions and expect that ray tracing will be an important element especially as it gets more into the mainstream, frankly, of the market.”

With all that said, it looks like AMD has their hands full for 2019 and we will be getting many great products from their CPU and GPU divisions in the coming months. Let us know your thoughts and what you would like to see from AMD in their coming announcements.