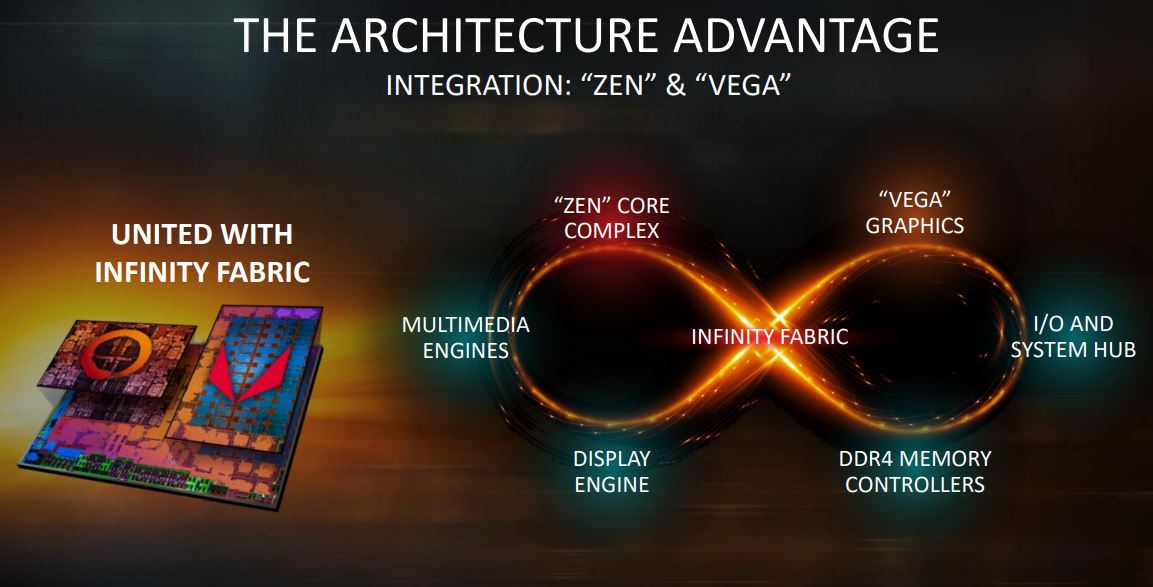 AMD's Ryzen 3000 series APUs have been confirmed and will be launching very soon with Zen+ & Vega core technology. The AMD Ryzen 3000 APUs, also known as Picasso, have been leaked before but the latest slides posted by Spartan Geek have revealed the final prices and specifications for the upcoming lineup.

The AMD Ryzen 3000 APUs are built with the 12nm Zen+ CPU and 14nm Vega GPU architecture. Being an APU, both processors feature the two core architectures on the same die which work together by connecting through the Infinity Fabric Interconnect.

There are two processors which will be part of the Picasso family, the Ryzen 5 3400G & the Ryzen 3 3200G. The Ryzen 5 3400G is a four core and eight thread part with 4 MB of L3 cache, Vega 11 GPU with 704 stream processors clocked at 1400 MHz and a TDP of 65W. The processor would feature clock speeds of 3.70 GHz base and 4.20 GHz boost which are a good uplift over the Ryzen 2000 series APUs. The Ryzen 5 3400G would cost exactly $149 US as I predicted and would be a really good option if you're out looking for a chip that can deliver good CPU and GPU performance in a single package.

Other features listed for the Ryzen 5 3400G include the new AMD Wraith Spire cooler which will offer 95W of dissipation power and sound ideal for the Ryzen 5 3400G which has a TDP of 65W. AMD's Wraith Spire would include a factory-equipped, high-quality Metal TIM (Thermal Interface Material) which should deliver some really good temperatures. The 3400G would also feature the new Precision Boost Overdrive, an automatic overclocking feature which should intelligently select a stable overclock for your CPU so you don't have to tinker around in the BIOS. 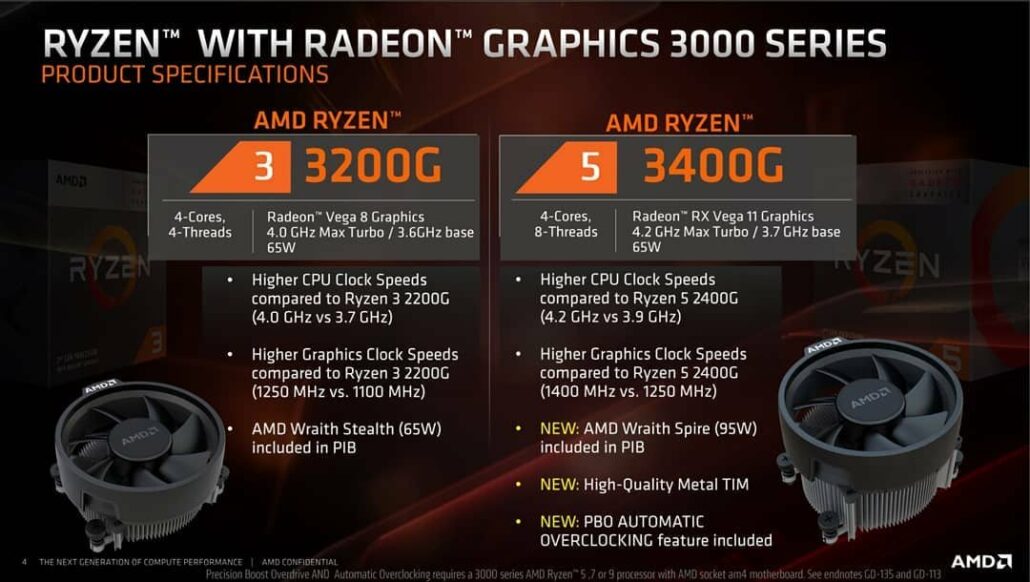 The second chip, the Ryzen 3 3200G, is a four core and four thread part which means that multi-threading is not present but it would cost $99 US, making it a very good option for budget builds. The processor will feature Vega 8 GPU with 512 SPs clocked at 1250 MHz, a 65W TDP and 4 MB of L3 cache. Clocks for the Ryzen 3 3200G are rated at 3.60 GHz base and 4.00 GHz boost. The CPU will be bundled with the AMD Wraith Stealth cooler which is a really good option for silent & stable PC operations.

We have already seen some early leaks regarding the Ryzen 3000 APUs with one user even failing at an attempt to delid a Ryzen 3 3200G engineering sample. The process of delidding did unveil a gold plated solder under the IHS which should deliver better thermals and overclocking results compared to the older 1st Gen Zen based Ryzen APUs.

While the specs may not seem like much of a change, it should be known that the AMD Picasso generation of APUs was always meant to feature the Raven Ridge design while adopting the Zen+ cores for power/performance uplift. The Ryzen 3000 APUs have already been announced for the notebook platforms and now we are going to see them in action on the desktop AM4 platform too. AMD has their E3 Next Horizon event starting shortly so expect to see an announcement of these chips there.