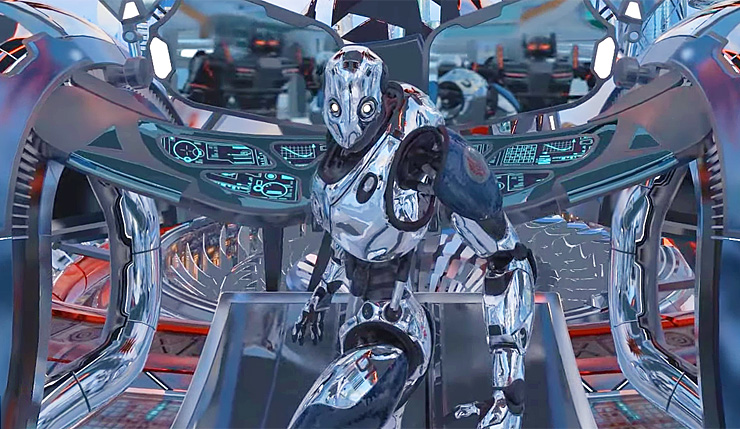 Now that Microsoft has unveiled their new API, we now have an AMD RDNA 2 DirectX Raytracing demo you can check out, and it’s super-duper shiny. Check it out below.

Definitely not as cool as the Star Wars demo NVIDIA and Unreal released to show off their ray tracing tech, but in terms of sheer quantity of reflections, AMD’s video is pretty impressive. Here’s what AMD had to say about their collaboration with Microsoft and DirectX 12 Ultimate:

We’re pleased to announce that in partnership with Microsoft we will provide full support for DirectX 12 Ultimate in our upcoming AMD RDNA 2 gaming architecture. With this architecture powering both the next generation of AMD Radeon graphics cards and the forthcoming Xbox Series X gaming console, we’ve been working very closely with Microsoft to help move gaming graphics to a new level of photorealism.

With the announcement of DirectX 12 Ultimate, Microsoft is driving the next generation of games on both console and PC to new heights of realism and AMD is excited to be an integral part of this effort. With this new common graphics standard for both PC and consoles, gamers can expect to see advanced effects like raytracing come to more games sooner. In addition, DirectX 12 Ultimate will make developers’ lives easier, allowing them to develop games using the same common graphics API and graphics architecture for both PCs and consoles.

Microsoft hasn’t revealed when DirectX 12 Ultimate will arrive, but expect it launch alongside the Xbox Series X and AMD’s Navi 2X graphics cards, which are still scheduled to launch in late 2020. What do you think? Did AMD’s ray tracing demo impress you?