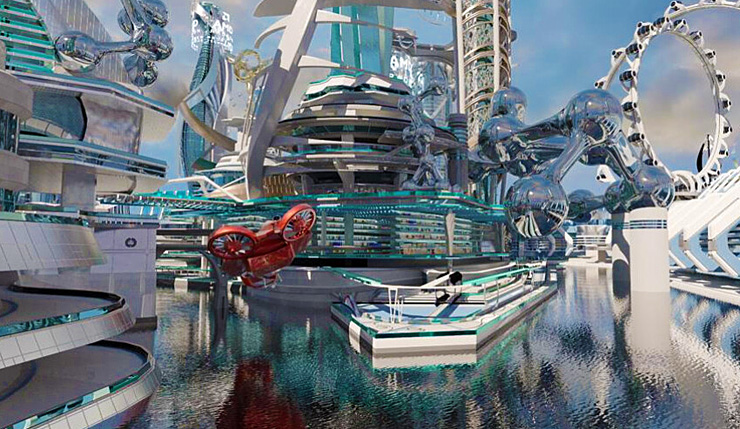 The 2020 AMD Financial Analyst Day presentation is currently in full swing, and, as you would expect, it’s been packed with new information and roadmaps for the company’s future Zen 3 and Zen 4 CPUs and RDNA graphics cards, which you can catch up on right here. That said, there was one specific moment that will be of specific interest to console gamers.

Of course, AMD silicon will be powering both the Microsoft and Sony’s upcoming consoles, and we know that the Xbox Series X 12 TFLOP GPU will leverage the new RDNA 2 architecture, but what about the PS5? Rumors have been swirling that it will stick to the older RDNA architecture. Well, during AMD’s presser David Wang of the Radeon Technology Group took to the stage to announce RDNA 2 GPUs will boast hardware-accelerated ray tracing, and his wording very much implied said RDNA 2 silicon will be in both next-generation game consoles. Here’s the quote… 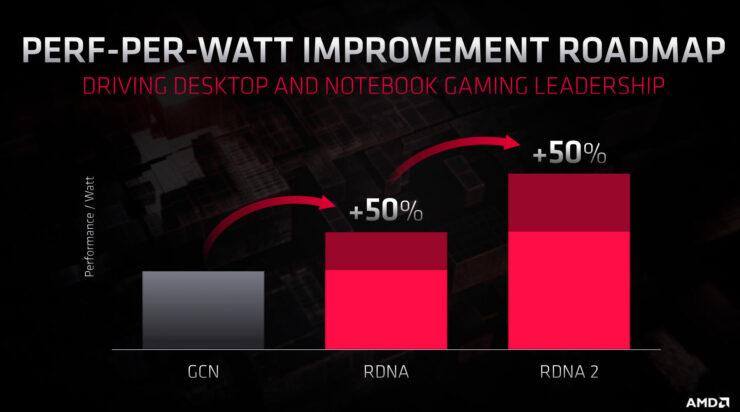 We have developed an all-new hardware-accelerated ray tracing architecture as part of RDNA 2. It is a common architecture used in the next-generation game consoles. With that, you will greatly simplify the content development -- developers can develop on one platform and easily port it to the other platform. This will definitely help speed up the adoption [of ray tracing].

Neither console is named specifically, but Wang mentions consoles, plural, and the line about porting very much sounds like he’s talking about console to console. He likely wouldn’t word it the same way if he was talking about PC/console ports. Meanwhile, it seems AMD has been working closely ray tracing API support on the Xbox Series X. 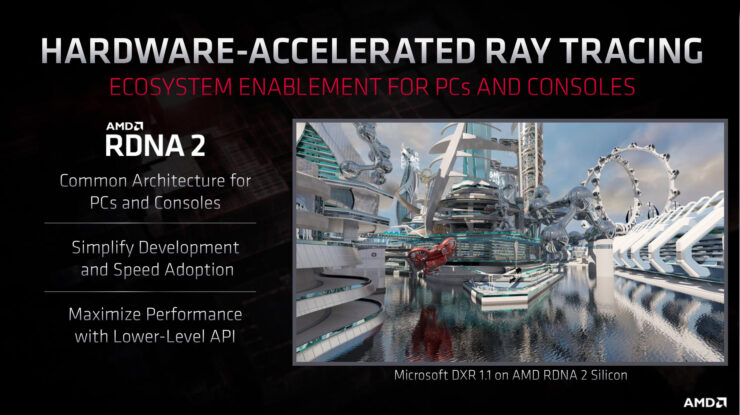 We also provide lower-level API support, that gives more control to the developers so that they can extract more performance from the underlying hardware platform. This will help mitigate the [ray tracing] performance concern. [...] The latest Microsoft DXR 1.1 API was co-architected and co-developed by AMD and Microsoft to take full advantage of the full ray tracing architecture.

We don’t have video of AMD’s ray-tracing solution in action yet, but they did provide the following very shiny image. Here’s hoping we see more soon (AMD is showing off a demo to journalists). 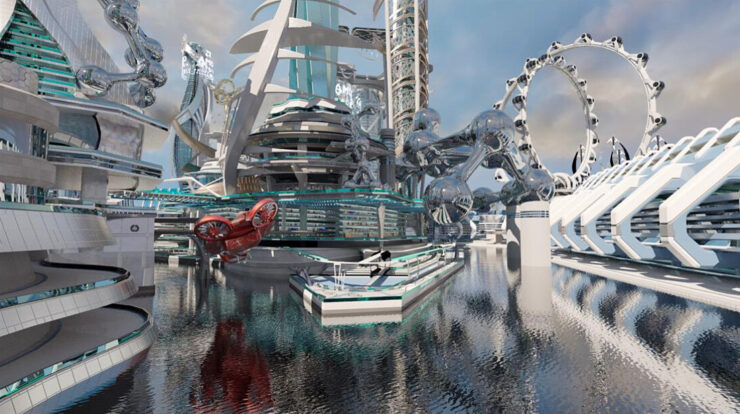 What do you think? Is RDNA 2 for both PS5 and Xbox Series X a lock? Are you excited about ray tracing on next gen consoles?