AMD Plans To “Spice Up” GDC And Nvidia May Demo Pascal

We're less than four weeks away from the annual Game Developers Conference. An event that brings the world's best in software and hardware together to showcase some of the most exhilarating next generation gaming experiences. In more recent years GDC has become a hotspot for both Nvidia and AMD to share their latest and greatest in both software and hardware and this year will be no exception.

Last year both Nvidia and AMD took the opportunity to showcase their most powerful GPU creations to date. Nvidia officially debuted its GTX Titan X graphics card and AMD used its yet unreleased - at the time - R9 Fury X graphics card to power virtual reality demos on the show floor. Something we had said would happen in an exclusive news story a week prior.

This year we have little doubt that both Nvidia and AMD are planning big things for the event. However, this time around the technology is far more exciting than last year's. This year we have Polaris from AMD and Pascal from Nvidia. It also looks very much like that AMD has just gotten started, despite having demoed its next generation graphics architecture back in December behind closed doors and publicly in January. The company seems poised to "spice" things up at this upcoming GDC.

@GFXChipTweeter Someone told me GDC is looking kind of bland this year. I think we need some Capsaicin to spice things up a bit.....

@RyanSmithAT @anshelsag @GChip no worries Ryan - we will make it interesting for everyone:)

Chris Hook and Raja Koduri of the Radeon Technologies Group took to twitter their intentions to add some excitement to this year's GDC.

Both Chris and Raja have notably done this before, that is tease an announcement on twitter prior to the event taking place. Back in November of last year, just a weeks before we got to see Polaris in action behind closed doors at Sonoma California, Chris and Raja wasted no time teasing Polaris on twitter.

@Gchip Polaris is 2.5 times brighter today than when Ptolemy observed it in 169 A.D

The code name "Polaris" at the time was still a secret. A week later AMD gave a series of private talks and briefings to journalists from all around the globe introducing us to Polaris. A few weeks later the embargo lifted and Polaris was publicly announced. A few weeks after that it was demoed at CES.
With that in mind, I'd be quite surprised if Polaris doesn't make an appearance in some form or fashion at GDC 2016.  Hopefully we'll learn more about AMD's "Polaris 11" and "Polaris 10" GPUs by then.

Nvidia Definitely Has Something In The Works, Might Demo Pascal

Nvidia hasn't teased anything publicly as of yet but if history has taught us anything it's that the company always has some surprises up its sleeve for GDC and GTC. GDC is going to be held next March, a month prior to GTC. So it makes the perfect place for the company to set Pascal up for a big GTC announcement. The substitution of Pascal with Maxwell in the Drive PX2 demo at CES left a bad taste in the back of journalists mouths and everyone's been wondering where Pascal is since. We might just see a small tease of Pascal at GDC, but at this point we'll take anything we can get really. 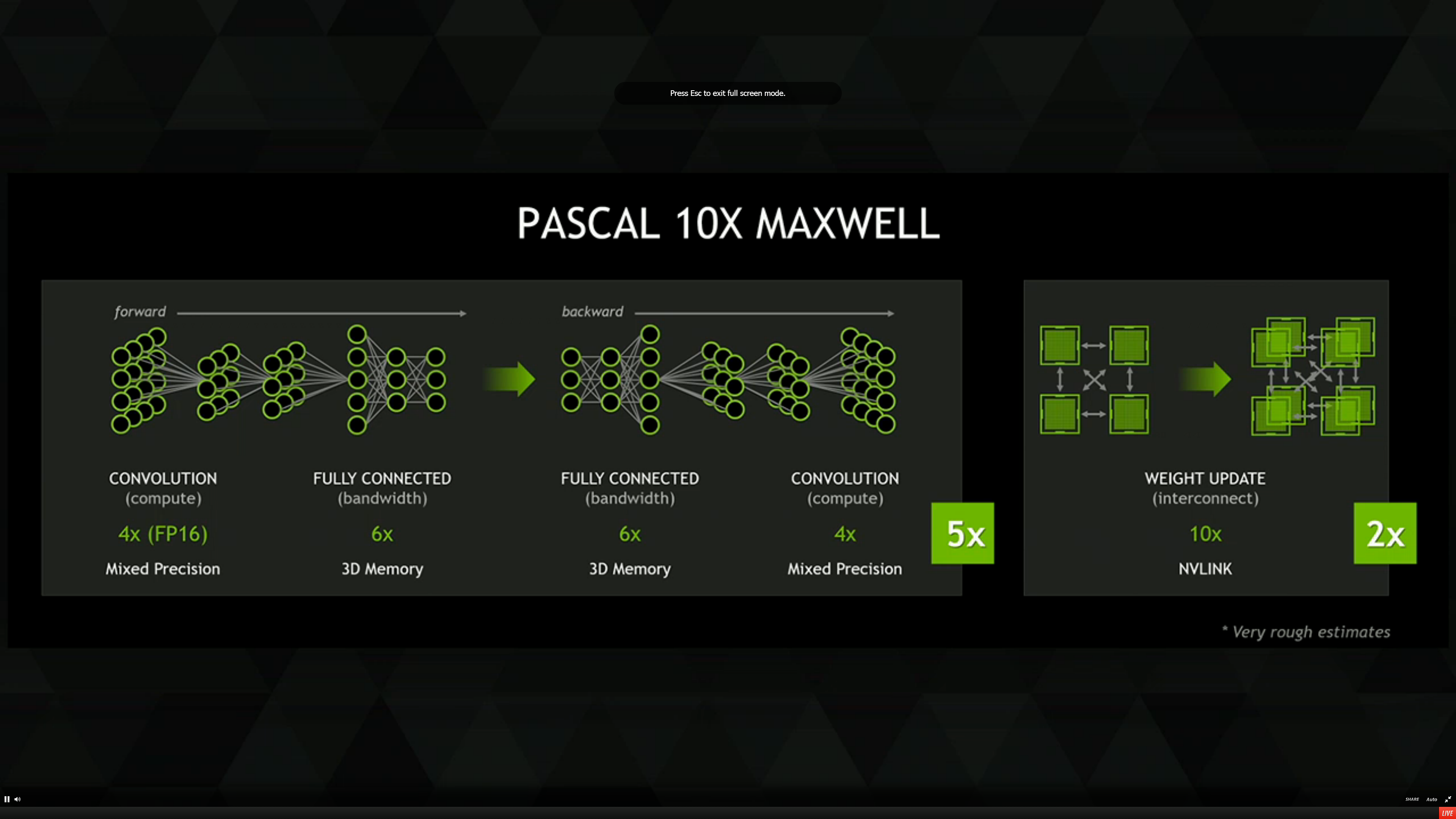 At last year's GTC Nvidia's CEO proclaimed that Pascal is Maxwell times 10. Not only that but Nvidia also divulged the four hallmark features of the architecture. Namely the 16nm FinFET process technology, next generation HBM2 stacked VRAM, NV-Link interconnect technology and mixed precision compute at double the rate of full precision compute.

We also learned that Nvidia's upcoming flagship will deliver double the performance per watt of its predecessor, the Titan X, three times the memory bandwidth and 2.7X the memory capacity. Will Nvidia reveal more at this year's GTC? absolutely! but will we get anything substantial at this year's GDC? we certainly hope so!

2016 is much more pivotal for gaming in so many ways than last year. Most notably this year we'll see the release of the first wave of big name VR HMDs – Head Mounted Displays – in almost two decades. Oculus already announced its headset and generated a lot of excitement in the field and other important players in this space are sure to follow.
HTC is planning to debut its own Vive headset that the company has developed in collaboration with the owner of the world’s largest PC games distribution platform, Valve, in the upcoming months. Sony also plans to introduce its own home-cooked VR headset later in the year for its living room game console the Playstation 4.

However, this year is going to be a very exciting year for PC gamers for another perhaps more compelling reason and that's next generation FinFET graphics cards. This year represents the very first time ever that we're going see the launch of truly next generation GPUs since the introduction of AMD's GCN - HD 7000 series - and Nvidia's Kepler - GTX 600 series - GPUs back in 2012.

This has been by far the longest period of time spent at the same process node that we've witnessed in the GPU space. Process nodes dictate the progression of what has become known as Moore's law, which states that integrated circuits of the same size should double in complexity - number of transistors - every couple of years. Sadly, we haven't seen that take place for four years now, however that's finally changing this year.

Both AMD and Nvidia are going to introduce their next generation Arctic Islands and Pascal GPU families later in the year. Both families of graphics chips will be built using the 14nm/16nm process nodes as opposed to the aging 28nm manufacturing process. In addition to the smaller feature sizes, 14nm & 16nm technologies from AMD's and Nvidia's manufacturing partners feature FinFET technology, a groundbreaking innovation in manufacturing, first introduced by Intel in 2012, that serves to boost the speeds of chips while reducing their power consumption.

Advances in graphics architecture aside, the jump from 28nm to 14/16nm alone gives engineers double the number of transistors to design with at any given chip size. Which means a de facto doubling of performance of graphics processors from both companies. And it is at this point that PC gaming at 4K and 60 frames per second will not only be feasible with a single GPU but accessible to PC gamers.

In addition to next generation FinFET nodes, next year's GPUs will feature a next generation graphics memory technology called HBM, short for High Bandwidth Memory. This revolutionary memory architecture employs the concept of stacking chips on top of each other to maximize power efficiency, minimize the chips' footprint and boost performance.

The Pascal and Arctic Islands graphics architectures will power everything from next generation mobile devices to gaming desktops, laptops and professional applications. There’s also strong evidence to suggest that Nindendo’s next generation gaming device “Nintendo NX” coming in this year's holiday season will be powered by an AMD semi-custom SOC featuring AMD's Arctic Islands GCN architecture. And AMD's push to extend the support of its FreeSync technology - which enables panels to display frames at a variable refresh to completely eliminate tearing and lag in video games- to TVs via HDMI has without a doubt directly been influenced by Nintendo's upcoming gaming device.

With major virtual reality launches lined up, in addition to Pascal, Polaris, Broadwell-E, Zen and DirectX 12 games we can’t think of any year that’s more exciting for technology and gamers than 2016.