AMD Polaris Next Generation Graphics Architecture is 2.5 Times ‘Brighter’ Than Its Predecessor

A few hours ago, the website HWBattle.com leaked the codename of AMD's upcoming graphics architecture. The leak itself is covered over here. Since we know the codename of the uarch, going over the tweets of AMD execs we found a major hint. The man behind Radeon Technologies Group, Raja Koduri, dropped the breadcrumb earlier this month. AMD Polaris is the jump to FinFET that we all have been waiting for - and it looks like AMD has quite a few innovations up its sleeve than just that. 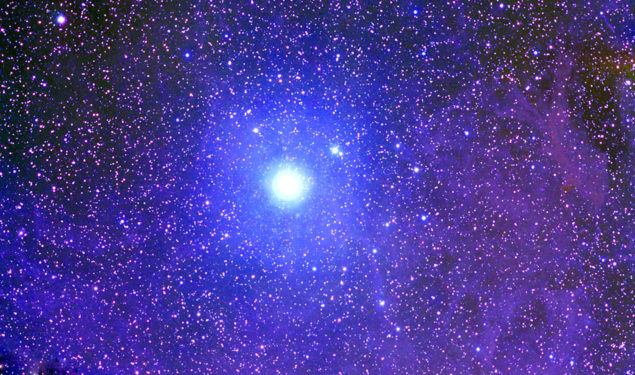 AMD's next generation 'Polaris' architecture is 2.5 Times "brighter" than current form of GCN

Polaris is of course, the North star and also the guiding light for travelers of old. AMD's concept here is basically about stars being an efficient source of photon generation - and the company's attempt to mimic that efficiency in terms of pixels generated on-screen. Radeon Technology Group's vision is truly pioneering - and this is something that is reflected in their recent road map reveals. Traditionally, AMD nomenclature has always been dedicated to existing locations. This hasn't changed; the only difference this time around is that the location is not on earth, but in a galaxy far far away (pardon the pun). Without any further ado, here is the tweet by Raja Koduri:

Not only does this public bread crumb confirm the leak that occurred a few hours back but it also reveals that the Polaris architecture will be 2.5 times "brighter" than the current implementation of GCN. Since AMD does not formally distinguish between the different iterations of GCN, Polaris will probably be marketed as a new revision with the building blocks of GCN.We already have had a taste of what this architecture will be like (HDMI 2.0 for eg is supported, amongst many other things) not to mention the plethora of various new technologies that RTG is currently working on. Polaris hopes to not only offer more power to drive more pixels, but it aims to makes those pixels be better in every way. This ideology has already been reflected in the road maps revealed this quarter.

The "2.5 times" can mean alot of things, but the ones within the realm of possibility and probability are few. It can mean that AMD is bringing a 250% increase increase in performance (at whatsoever power cost) or that Polaris gives 2.5x the performance per watt (power efficiency) as compared to the current generation of GCN. It could also mean general improvements in the die as well - or something we have not considered. Since we are jumping to FinFETs and since Polaris being a star is "one of the most efficient forms of production of photons" - I would be siding with it being power efficiency. This means that with Polaris, we can expect graphic cards can be 2.5 times as powerful with the same TDP.

We have already talked about how the initial batch of AMD GPUs will be manufactured on TSMC's 16nm FinFET process. TSMC’s 16FF+ (FinFET Plus) technology can provide above 65 percent higher speed, around 2 times the density, or 70 percent less power than its 28HPM technology. Comparing with 20SoC technology, 16FF+ provides extra 40% higher speed and 60% power saving. Ofcourse, it is highly unlikely that AMD will start off with a huge die - so even with twice the density - achieving two times the performance is very hard. Achieving 2.5 times the power efficiency - maintained at large die sizes would be even harder.  This should give our readers an idea of how significant an update Polaris is - even with the transition to FinFETs, AMD has done incredible work.