Note: Very little information was officially released by Nvidia - most of the information contained in this piece stems from past leaks.

The NVIDIA Geforce GTX TITAN X has just been unveiled at Epic Games GDC 2015 conference. To be honest, we were not expecting this card to surface so soon - but the surprise is a very pleasant one. Ladies and gentlemen, rocking 8 Billion transistors, the full fledged big daddy Maxwell core and 12 GB of graphics memory: The NVIDIA Geforce GTX TITAN X. 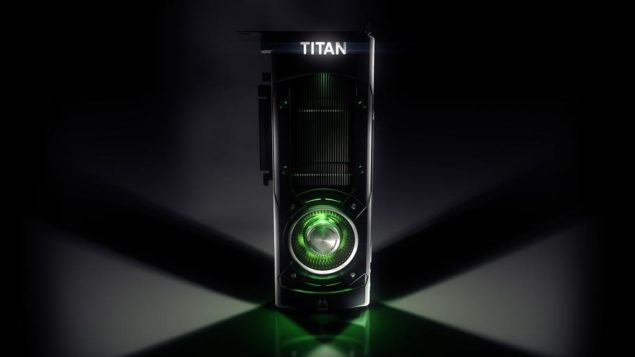 The first thing you will notice is that the GTX TITAN X has left the standard silver color scheming for a more interesting looking black tone. Even though the name of the card is actually the TITAN X, the actual 'X' is not present on the shroud rather, only the "TITAN" branding is visible. You can also see the tagline "Inspired by Gamers, Built by Nvidia" present on the boxing. The NVIDIA GeForce GTX Titan X design scheme is similar to several Titan cards before it however the color scheme as suggested has been updated to a more aesthetically pleasing look. Many enthusiasts who have owned a GeForce GTX Titan GPU before the Titan X have been asking for a Titan Black revision, they did get one but it wasn't a complete black design as compared to the latest beauty.

You might remember the GM200 leak from a few weeks back and the fact that we know its specifications as well. Even though that was most likely a Quadro M6000 part the TITAN-X will most probably have the same basic specs, with a slight chance of Nvidia introducing a cut die initially. The full un-cut GM200 has a 384-bit bus, 12GB of vRAM and 3072 CUDA Cores (which translates to 24 SMM). A cut variant of the GM200 could have 20 or 22 SMMs which equate to 2560 and 2816 CUDA Cores respectively. Given below is a screenshot of the actual tease. As for the chip, the GM200 is a massive die measuring at around 600mm2, whereas Kepler GK110 had a die of 561mm2 .

NVIDIA's Maxwell core architecture is made to be highly efficienct and we have already seen it in action before with the GM204, GM206 and GM107 chips. GM200 being the flagship of the series is meant to leverage the performance per watt design to greater levels. Seen in the picture, we can note that the card draws power from a single 6 pin and a single 8-pin power source. NVIDIA's previous Titan cards drew around 225-250W of power and Maxwell GM200 might end up in the same range however delivering much better core performance improvement. The card has the reference Maxwell display configuration of DVI, HDMI and three display ports while SLI configuration is provided through 2 gold fingers that allow up to 4-Way multi-GPU functionality.

The more surprising thing about this launch is that NVIDIA is now launching their flagship chip faster than ever as compared to Kepler generation which had to wait for a year to see the launch of GK110 (GTX TItan). In only eight month time difference since September, NVIDIA has announced their next flagship entry to consumers and professionals with an absolute beast of memory and compute performance. 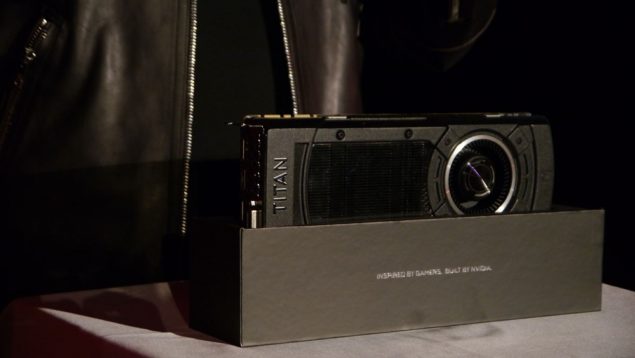 As far as the pricing rumor goes , that is approximately $350 more than the standard pricing of TITANs (single GPU). TITAN-X will extend the TITAN branding from Nvidia and will be equipped with a GM200 and ships with 12 GB of vRam.  The TITAN branding was originally designed to target professionals on a budget who can’t afford a Quadro card or don’t need one, which means that double precision is one of the main selling points. This implies that the GM200 has double precision unlocked, unlike the gaming oriented GM204 which had forgone any decent double precision performance in favor of higher SP horsepower. Ofcourse, the fact that Nvidia is featuring the card as the top of the line Quadro Flagship M6000 also hints the same thing. There's a lot more we are waiting to know about the GeForce GTX Titan X but currently, you can find the preliminary specifications as listed below. Do note that NVIDIA might be presenting a detailed overview of their GM200 core architecture along with the Titan X at GTC 2015 which is just two weeks away.

Update: Legitreviews managed to get close up shots of the card confirming some bits which we mentioned here. The card supports a magnesium alloy shroud similar to the GeForce GTX 690 and comes with a fantastic black color scheme. There's no backplate on the card however the final version is likely to include one similar to the GeForce GTX 980. The most surprising thing about the PCB is that it is actually the same one that was leaked previously. You can see the images in the gallery below: 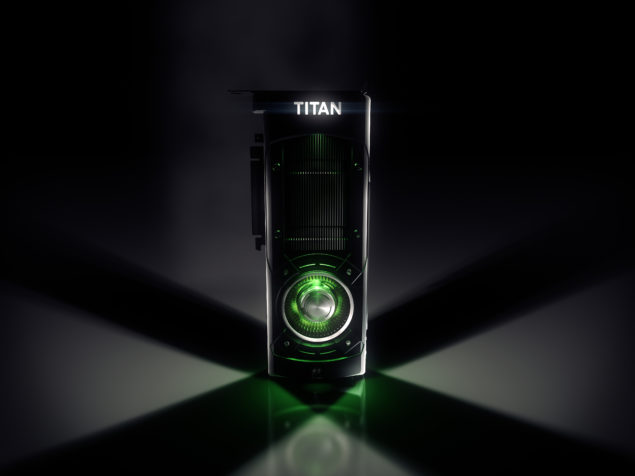