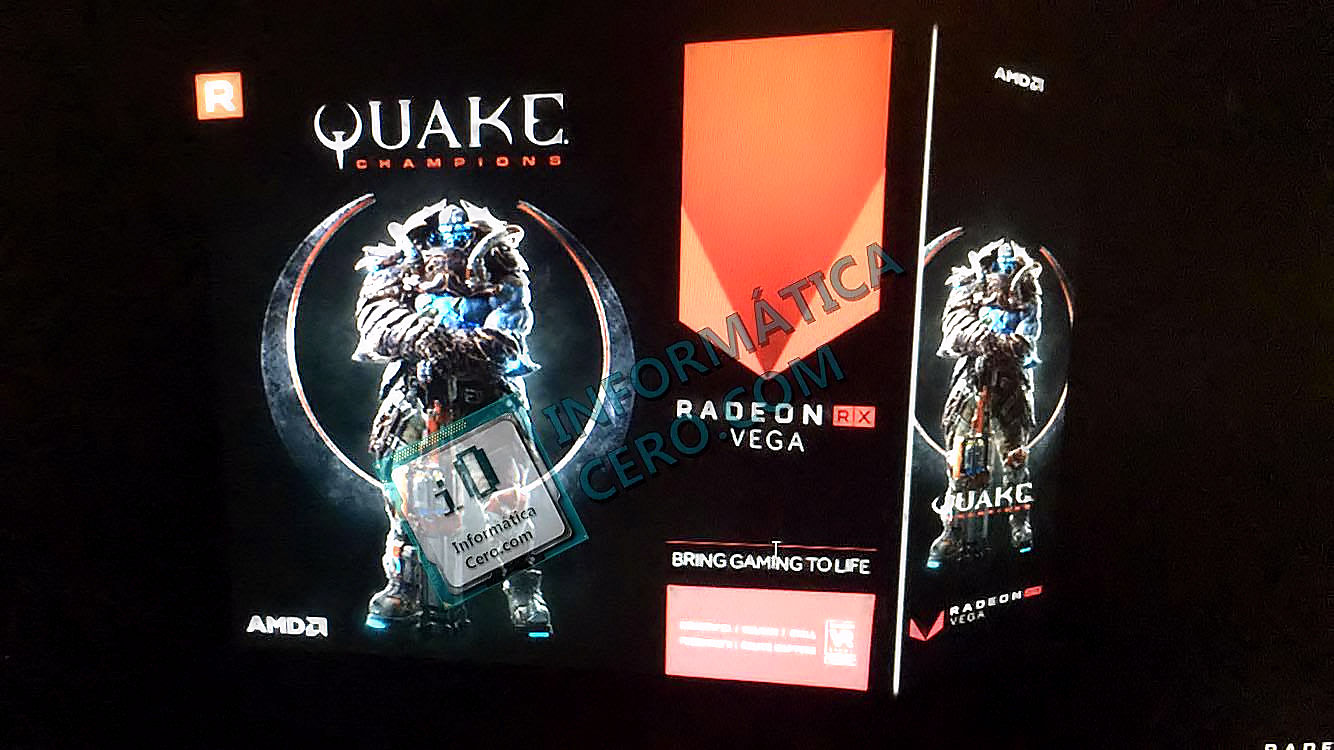 The AMD Radeon RX Vega packaging is very simple and there's nothing too fancy about it. No details on specifications are listed aside from a few features which are already featured on current Radeon RX 500 series cards. These features include DirectX 12, Vulkan, Radeon Chill, FreeSync 2 and Radeon ReLive live capture support. The box reads "AMD Radeon RX Vega" and "Bring Gaming To Life" which are just some marketing labels.

The front of the box also features a shot of Quake Champions so it's likely that the game will come as a bundle promotion with the card. There was also a limited edition packaging for Radeon RX Vega graphics cards pictured a while back. While standard models ship in the packaging pictured above, the limited and higher priced variants will ship with better packaging that are sold directly be AMD.

Recently, AMD drivers automatically installed game icons for Quake Champions on the desktop, allowing users to apply for the forthcoming beta of the game. A quick revision was released which allowed users to configure whether or not they want the extra icons cluttering their desktop. AMD is working with Id Tech and Bethesda as their official hardware partner, offering support and optimization in their games for Radeon and Ryzen hardware. Just like Quake Champions, Bethesda's upcoming titles such as Prey 2 and Fallout 4 VR will also be optimized for AMD hardware.

AMD’s high-end Vega 10 GPU will be available to consumers in the first half of 2017. The chip spans a die size of over 500mm2 from early calculations and features two HBM2 stacks, incorporating up to 8 GB of HBM2. The consumer variant which was demonstrated using DOOM and Star Wars: Battlefront featured 8 GB of HBM2 VRAM but AMD has said that they will allow partners to ship the card with various memory configurations.

This would allow AIBs to have the options to change memory die stacks and total number of stacks on the Vega GPU. So the end product will be available in 4 GB and 8 GB HBM designs. The specific device ID for the consumer variant is 687F:C1.

Recently, AMD revealed that the performance of their Radeon RX Vega series graphics cards is looking very nice compared to NVIDIA's GeForce GTX 1080 Ti and Titan Xp. AMD will be initiating full production of Vega GPUs this month and we can expect more details at Computex 2017 which is almost a month away.