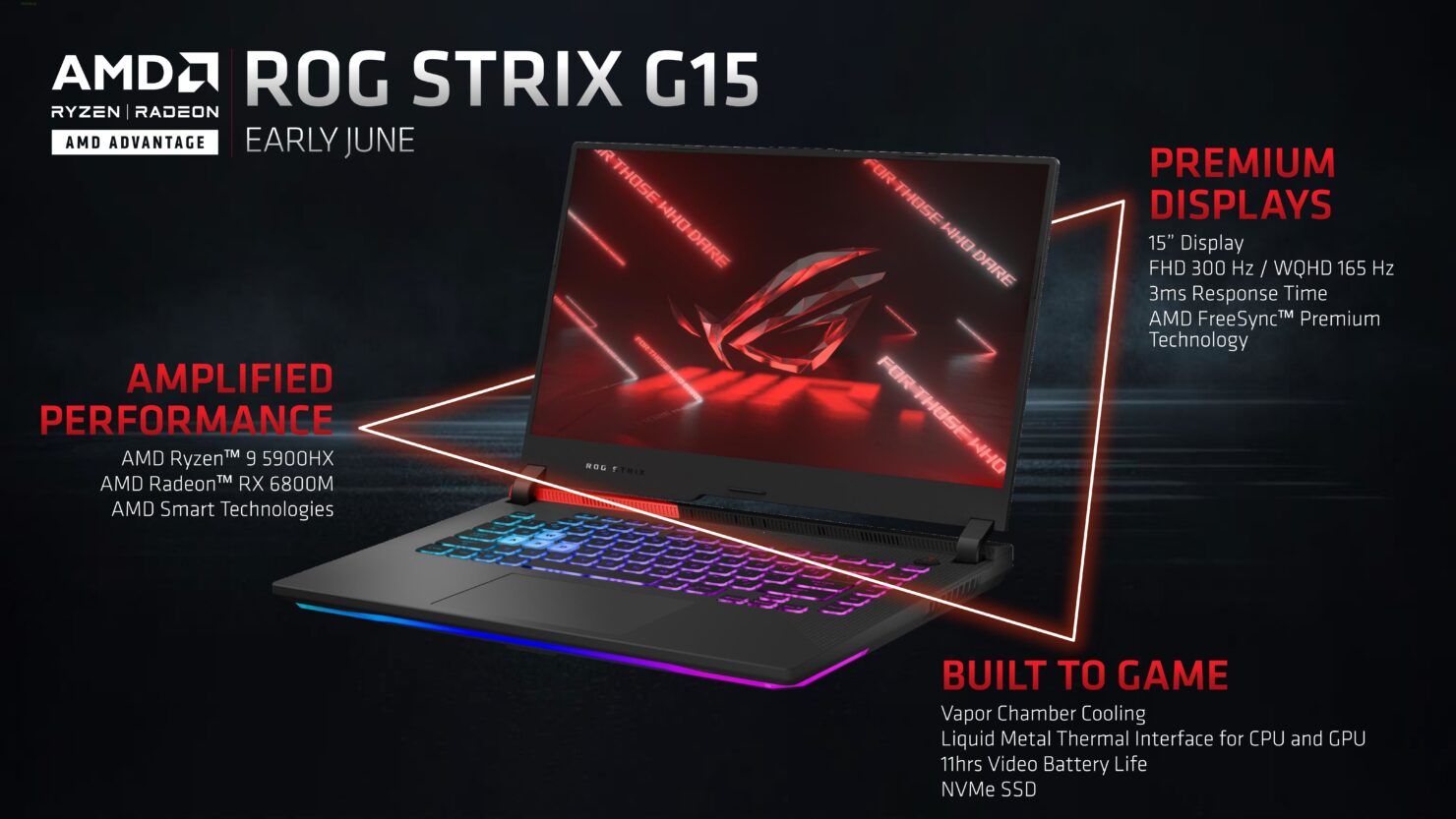 Just days after its introduction and going on sale at various retail outlets, the ASUS ROG STRIX G15 which is an AMD Advantage laptop powered by Ryzen CPUs and Radeon GPUs has become the best selling gaming laptop on BestBuy.

The ASUS ROG STRIX G15 is an AMD Advantage product that is based around an all-AMD design. The AMD Advantage design offers great gaming performance, premium display technology, and better workload experiences than standard laptops. Technologies such as Smartshift and Smart Access are a key part of these laptops and you will also find specs that include fast NVMe drives and increased battery timings. The bare minimum of an Advantage laptop is to offer 100+ FPS at 1080p on a 144Hz+ refresh rate panel.

The ASUS ROG STRIX G15 comes with an AMD Ryzen 9 5900HX CPU & the recently released Radeon RX 6800M GPU based on the RDNA 2 architecture. Some key features of this gaming laptop include a 15" display with either an FHD (300Hz) or WQHD (165 Hz) panel, 3 ms response time, Freesync Premium technology, Vapor Chamber cooling, liquid metal thermal interface for the CPU and the GPU.

On BestBuy, the ASUS ROG STRIX G15 AMD Advantage is currently the best-selling gaming laptop. The laptop is priced at $1649.99 US and is currently shipping to customers with a 2-3 week delivery time.

The AMD Ryzen 9 5900HX features 8 cores and 16 threads. The chip operates at a base clock of 3.30 GHz and a boost clock of 4.60 GHz. The CPU features 16 MB of L3 cache and 4 MB of L2 cache. The CPU has a TDP of 45W+ and can be configured down to 35W. Considering that this is a gaming laptop design, ASUS is aiming for a higher TDP figure to achieve better performance. The chip also rocks a Vega 8 iGPU with a graphics clock of 2100 MHz.

There are going to be several chips within the Radeon RX 6000M family, namely AMD Navi 22, Navi 23, and Navi 24. The flagship product in the lineup is the AMD Radeon RX 6800M which comes with a fully enabled Navi 22 GPU SKU that offers 2560 stream processors packed within 40 CUs, a 12 GB GDDR6 VRAM capacity, a 192-bit bus interface, and 96 MB of Infinity Cache. All that is packaged in a GPU with a TGP starting at 145W. The Radeon RX 6800M has performance targeted at 1440p titles.

According to performance slides posted by AMD, the Radeon RX 6800M is faster than the NVIDIA GeForce RTX 3080 8 GB Mobility chip in several current-gen titles such as Resident Evil Village, Dirt 5, Black Ops Cold War, Borderlands 3 & Assassins Creed Valhalla. This makes it the fastest mobile chip yet. What's more impressive is that AMD is touting up to 40% higher performance on battery vs NVIDIA's RTX 3080 mobility solution.

Other specifications of the laptop include 16 GB of DDR4 memory, 512 GB NVMe SSD, and a 1-year warranty. Overall, it's great to see AMD-powered laptops now taking up the top place even in the high-end gaming category. We can expect more Advantage laptops from other manufacturers in the coming months too. 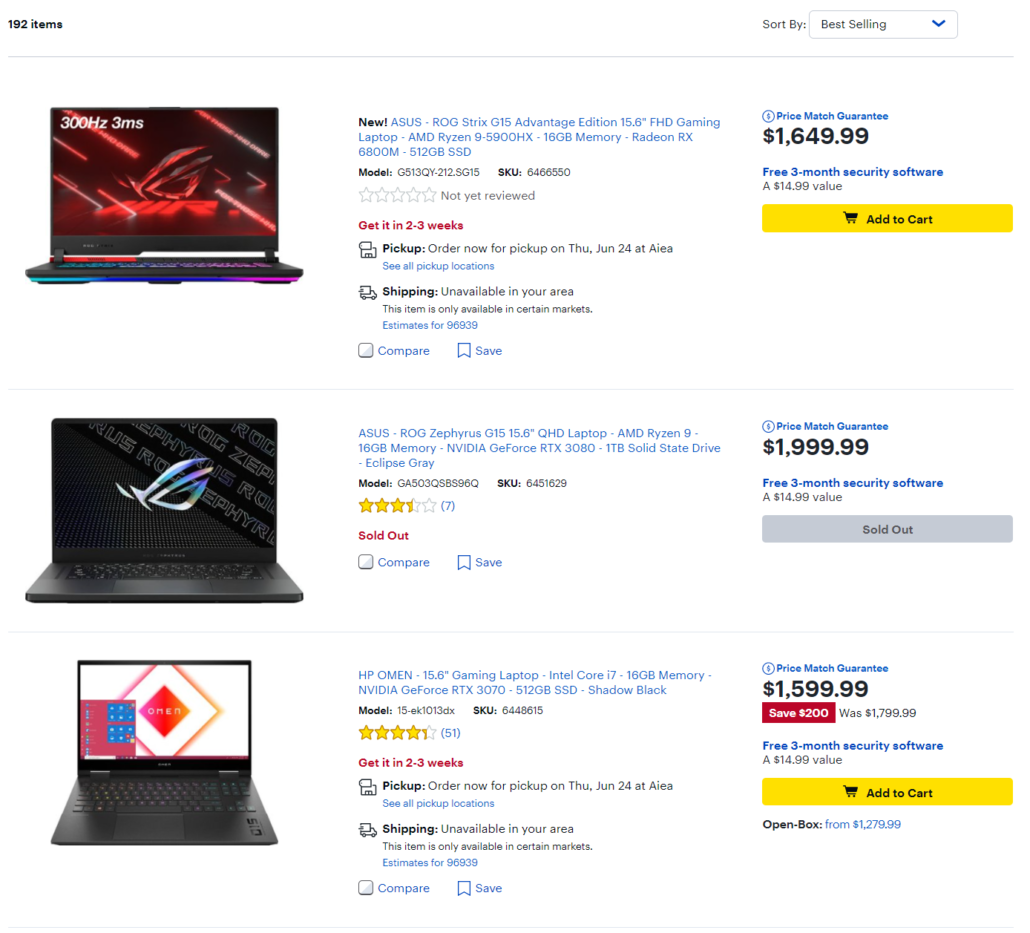