The first AMD Radeon RX 6000 series graphics cards were unveiled just a few hours ago and they look stunning given their specifications, performance numbers and especially, the prices. But the announcement was lacking a key element which we were all hoping to get more details which is the ray-tracing performance of the next-generation RDNA 2 lineup.

While AMD didn't provide any specific numbers related to ray tracing performance, a performance measurement on one of the three RDNA 2 "Big Navi" GPU based Radeon RX 6000 series graphics card has slipped by within the announcement slide deck. The numbers mention an AMD RDNA 2 graphics card which was tested within the DXR Procedural Geometry Sample application with both hardware acceleration enabled and disabled.

New to the AMD RDNA 2 compute unit is the implementation of a high-performance ray tracing acceleration architecture known as the Ray Accelerator.

The Ray Accelerator is specialized hardware that handles the intersection of rays providing an order of magnitude increase in intersection performance compared to a software implementation.

Comparing it to the Ampere based GeForce RTX 3080 is a whole different story. Ampere introduced the second generation of RayTracing cores which offer a huge leap in performance versus the first generation RTX 20 series cards.

A user on AMD's subreddit posted the score of his stock ASUS GeForce RTX 3080 TUF Gaming graphics card which delivered 630 FPS in the same benchmark. This shows the 2nd Generation RT cores at around 33% faster than AMD's 1st Gen Ray Accelerator cores. My own GeForce RTX 3090 scores around 750 FPS which is around 50% faster than what AMD's Radeon RX 6000 graphics card scored in the same benchmark. 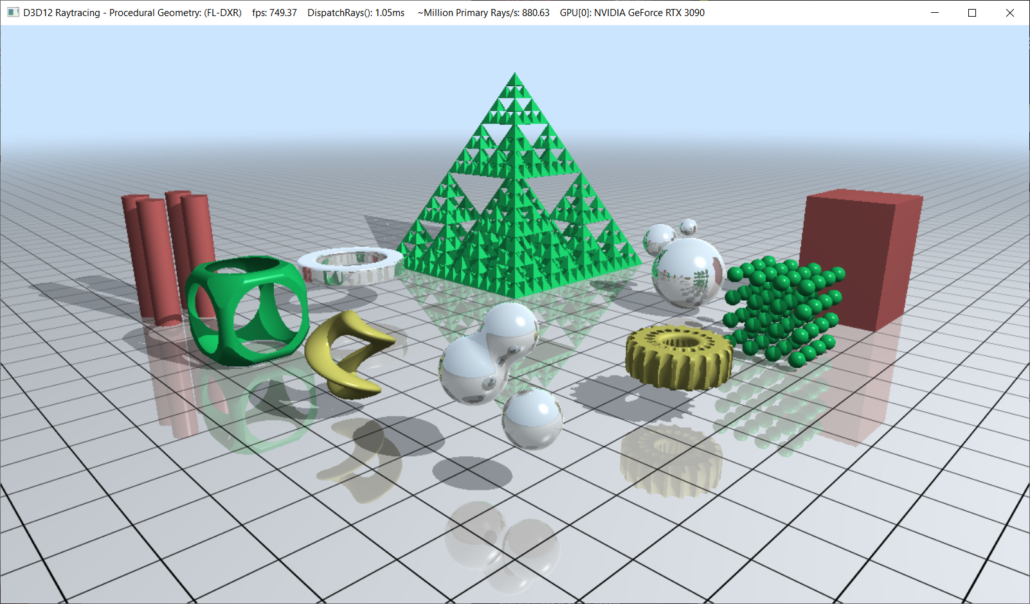 We still don't know which graphics card was used for this comparison as the RDNA 2 lineup includes the 60 RA RX 6800, 72 RA RX 6800 XT and the 80 RA 6900 XT graphics card. As for the benchmark itself, it is most likely that the default settings and resolution were used for this test since that was the case with my own benchmark run.

There's a lot that needs to be discussed about AMD's ray tracing implementation and we hope AMD provides us more details in the future prior to the embargo lift which should be sometime in the coming month.