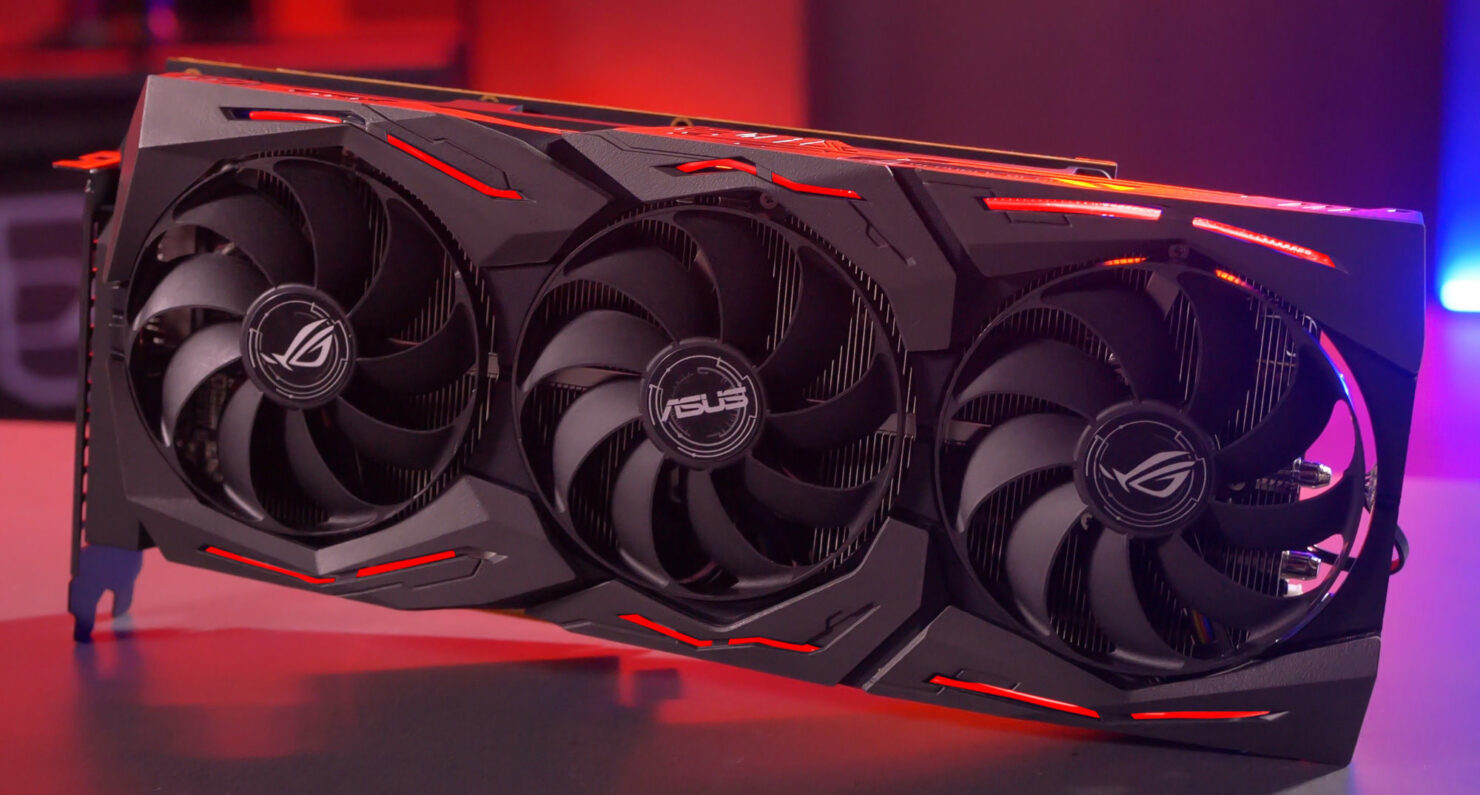 The various cards that have been pictured were already confirmed but now we have even more details than before. Starting off with the ASUS ROG STRIX Radeon RX 5700 XT which will be using ASUS's custom cooling and non-reference PCB design. The ASUS ROG STRIX Radeon RX 5700 XT would feature 2560 stream processors clocked at 1840 MHz base, 1965 MHz game and 2035 MHz boost clocks which are a definite improvement over the reference variant. ASUS themselves claim a performance boost of 4.7% compared to the reference RX 5700 XT in 3DMark 11.

ASUS is featuring triple Axial-tech fans on the card in a 2.7 slot design. The whole heatsink is purely massive with multiple heat pipes and large stacks of aluminum fins that are part of the Maxcontact technology. The card boasts an 11+3 phase power delivery and is equipped with a dual BIOS which will offer performance and quiet mode.

The difference between the two BIOS modes is the fan speeds with the performance mode offering better thermals while sacrificing acoustics and quiet mode doing vice versa. The BIOS switch is located on the PCB and can be easily accessed. The 0db tech would still put the fans at idle mode if the temperature stays under 60C (the default setting for ROG STRIX RX 5700 XT is Performance Mode). The card is stated to operate 18% cooler than the reference variant in performance mode while quiet mode results in 32% lower noise. Currently, the ASUS ROG STRIX Radeon RX 5700 XT has been listed over at OCUK for £499.99 while the ASUS Radeon RX 5700 XT Dual EVO OC is listed for £428.99. 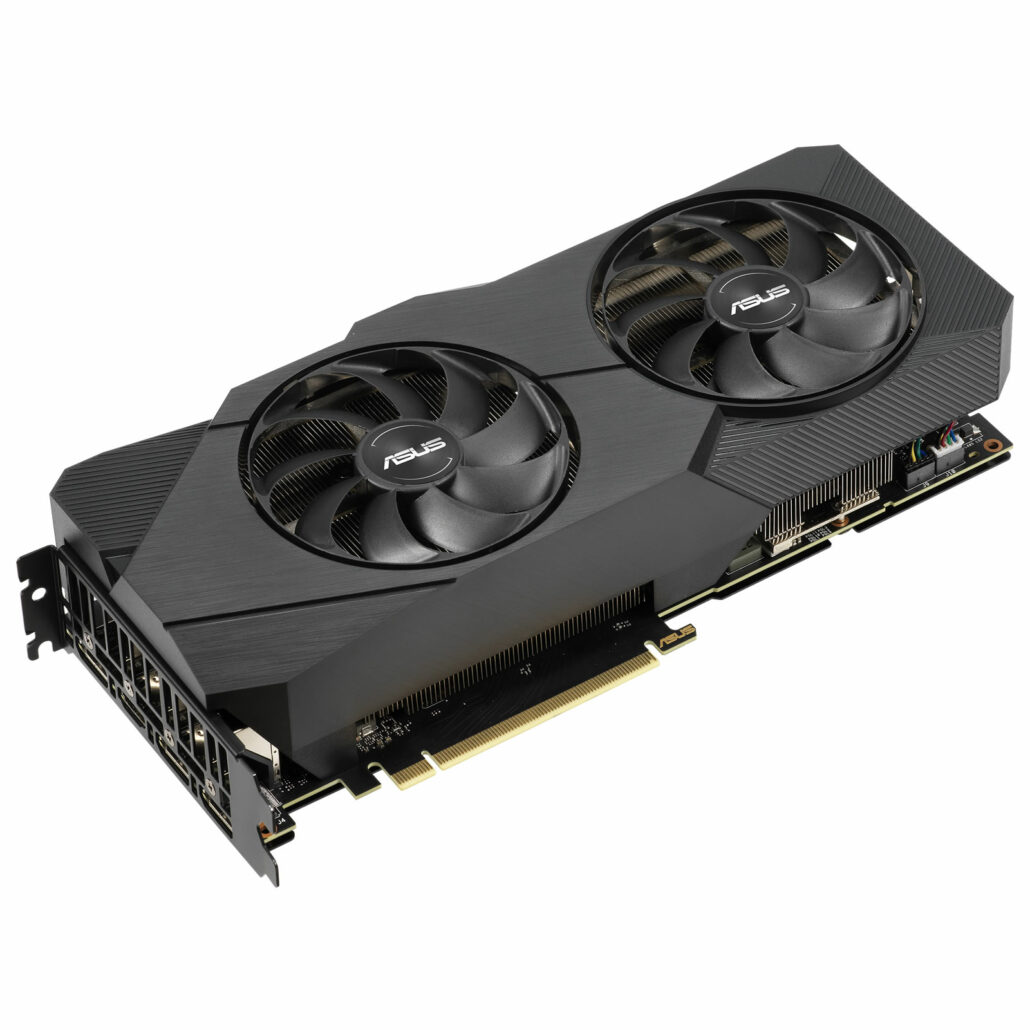 Moving on to the HIS Radeon RX 5700 IceQ X2 series, we are looking at a completely new design which doesn't feature blue or gold color schemes but a simple dual-fan cooling design with black colors. The card is clocked at the reference speeds and might be using the same reference PCB design but the extra cooling would help the card operate at lower temperatures. There's a nice backplate on the card and is said to launch tomorrow on 10th August for a price of around $500 US. The non-XT model would also be available tomorrow for a price close to $400 US.

Finally, we have the Gigabyte Radeon RX 5700 XT Gaming OC which will be featuring the Windforce X3 design and a completely non-reference PCB. The graphics card would come in a 2.5 slot design and house triple 82mm blade fans that push air towards a large aluminum fin array with multiple copper heat pipes that make direct contact with the GPU surface. The card would feature an 8+6 pin connector configuration, a solid-metal backplate and four display outputs which include a single HDMI and triple DisplayPorts. The pricing  is set at $419.99 US while clock speeds are not confirmed yet but since it is an overclocked variant, expect it to run a bit faster than the reference variant while offering better thermals.

In addition to the cards pictured, MSI has also released two separate teasers of their EVOKE and MECH series cards which will be featured on their upcoming Radeon RX 5700 series graphics line. You can see the teasers below:

Get inspired and be unleashed with EVOKE.

A pilot is inside the MECH, and it is you who are in total control of the hardware. A MECH is heavily armed with weapons to dominate the battlefield.#MSIGaming #TrueGaming #graphicscard⁠ #RadeonRX5700 #MECH pic.twitter.com/qEfz86oBQM