AMD's Radeon RX 5700 series released earlier this month in reference-only flavors & was expected that we would get custom graphics cards soon. However, it looks like we still have to wait a little bit more to see the custom lineup on retail shelves as AIBs ready their new lineup for the masses.

There are two custom variants which have been spotted. ASRock was the first to officially confirm their custom Radeon RX 5700 Challenger series which are expected to arrive in the second week of August. The XFX and Yeston cards which have shown up on Chinese social networks are also said to launch in August and would feature completely custom designs.

Starting with the XFX variant which was posted by XFX's official Weibo account (via TechpowerUp) confirms that they are working on a custom Radeon RX 5700 XT variant which would feature a dual-fan design and a completely black shroud. The card looks a lot like XFX's Double Dissipation series. XFX's Radeon RX 5700 XT custom design comes in a dual-slot and a very bulky aluminum fin heat-sink underneath the shroud which should definitely provide better cooling than the reference air blower. In terms of power, the card requires an 8 pin and a 6 pin connector to boot.

Expreview got hold of the graphics card and revealed some more details such as the dual 8 pin power connectors and the backplate which has the XFX branding on it. The card definitely looks bulkier than the render and is said to feature a beefier cooling system than XFX's Radeon RX 590 and RX Vega 64 custom designs. There seem to be four display outputs however we can't find any information on the card except that it would make its way to retail shelves in mid of August. 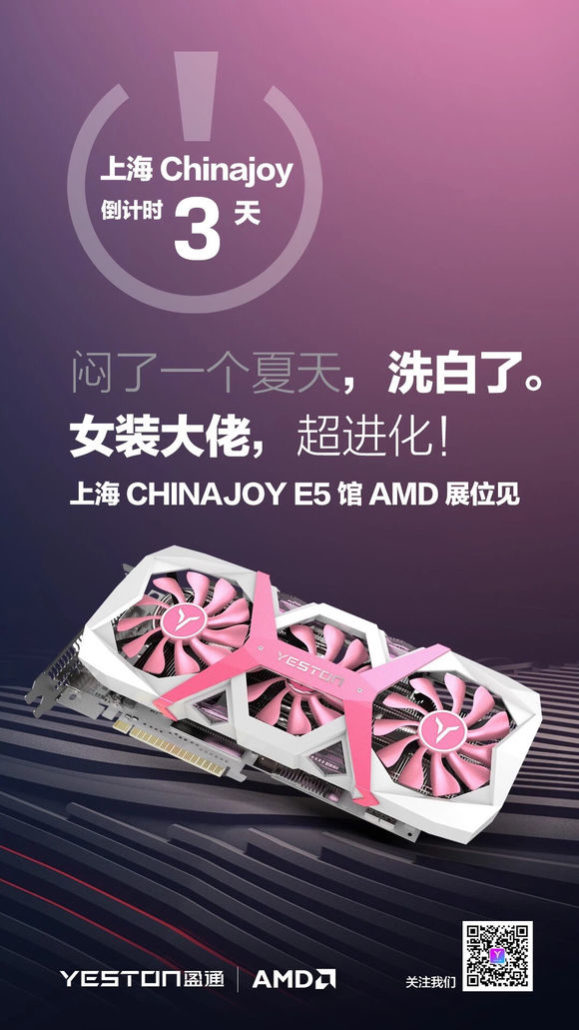 Yeston is also preparing two custom designs of their own for AMD's 7nm Navi 10 GPU. The first card is their Radeon RX 5700 XT Game Master which looks a lot like their Radeon RX 590 Game Master but with subtle changes. The shroud is colored white while the triple fans are colored pink. Previously, their shroud was colored black and purple. 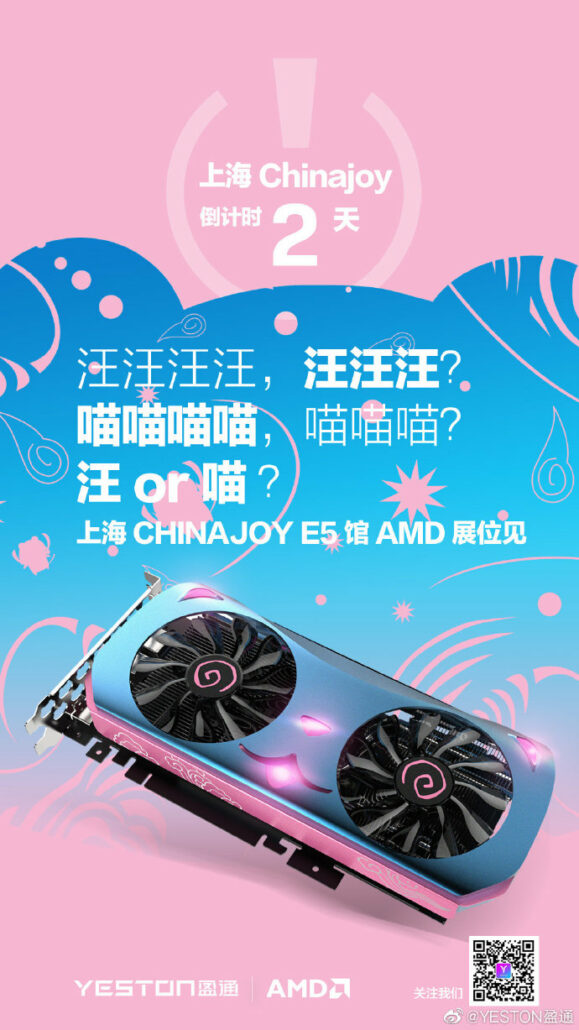 The PCB is also colored white which looks great and reminds me of the GALAX HOF variants with their white PCB. The card is a 2.5 slot design & uses a very huge heatsink for cooling. The second card is a dual-fan, dual-slot variant with RGB illumination and a pink/blue shroud that illustrates a cat. The cards are said to be unveiled at ChinaJoy 2019 which begins on 2nd August so we should see more details during the event.

ASUS has also previously confirmed to be working on their own custom lineup of the Radeon RX 5700 series graphics cards so we should be getting more options to select from in August and September.