A few AIB partners of AMD recently launched the new Radeon HD 7870 Tahiti LE GPU for the holiday season. The  Radeon HD 7870 is part of Radeon HD 7800 series but unlike the Pitcairn based predecessor, features a core base off the Tahiti architecture.

The new Radeon HD 7870 Tahiti LE is based off the same architecture used on the faster Radeon HD 7900 series but comes with a lesser shader count of 1536 SPs and also a trimmed down 2GB 256-bit memory interface, the reason of doing so was to cut down the cost of this part. TechpowerUp recently did a review of the HD 7870 Tahiti LE card from Club3D, during the review the card failed to pair up with Pitcairn based HD 7800 series in CrossFireX mode. 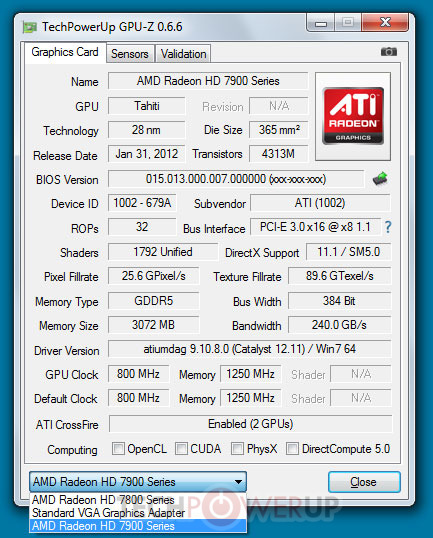 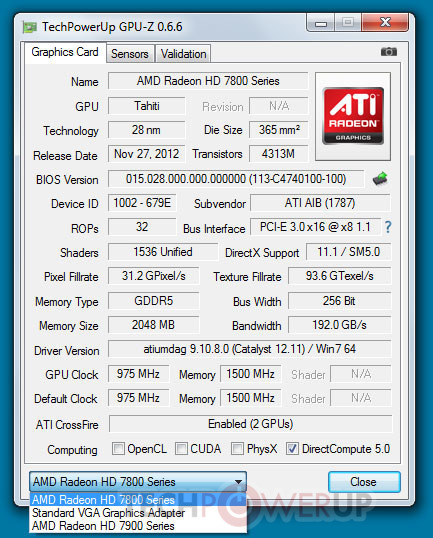 However, when paired up with the HD 7900 series Tahiti based parts the GPU successfully booted up in CrossFireX mode. According to TechpowerUP, the GPU scaled well and they only noticed a few instances of micro-stuttering in 3DMark 11 while the games tested ran perfectly fine. This sounds pretty cool for HD 7900 users on a budget planning to get a second card for CrossFireX. The card is budget friendly and costs around $249-$269, you can check out the full review of the Club3D HD 7870 Tahiti LE JokerCard at TechPowerUP.