Interestingly the liquid cooling solution incorporated into AMD's flagship Radeon R9 Fury X also features a pump/block combo. However only the eight CPU coolers mentioned earlier are implicated in Asetek's legal battle with Cooler Master.  Asetek also demanded a cease and desist on production and sale of those products.

A representative from Asetek commented on the matter in an overclock.net thread and confirmed that Fury X's liquid cooling unit is very similar to one particular Cooler Master design that was banned in the US. 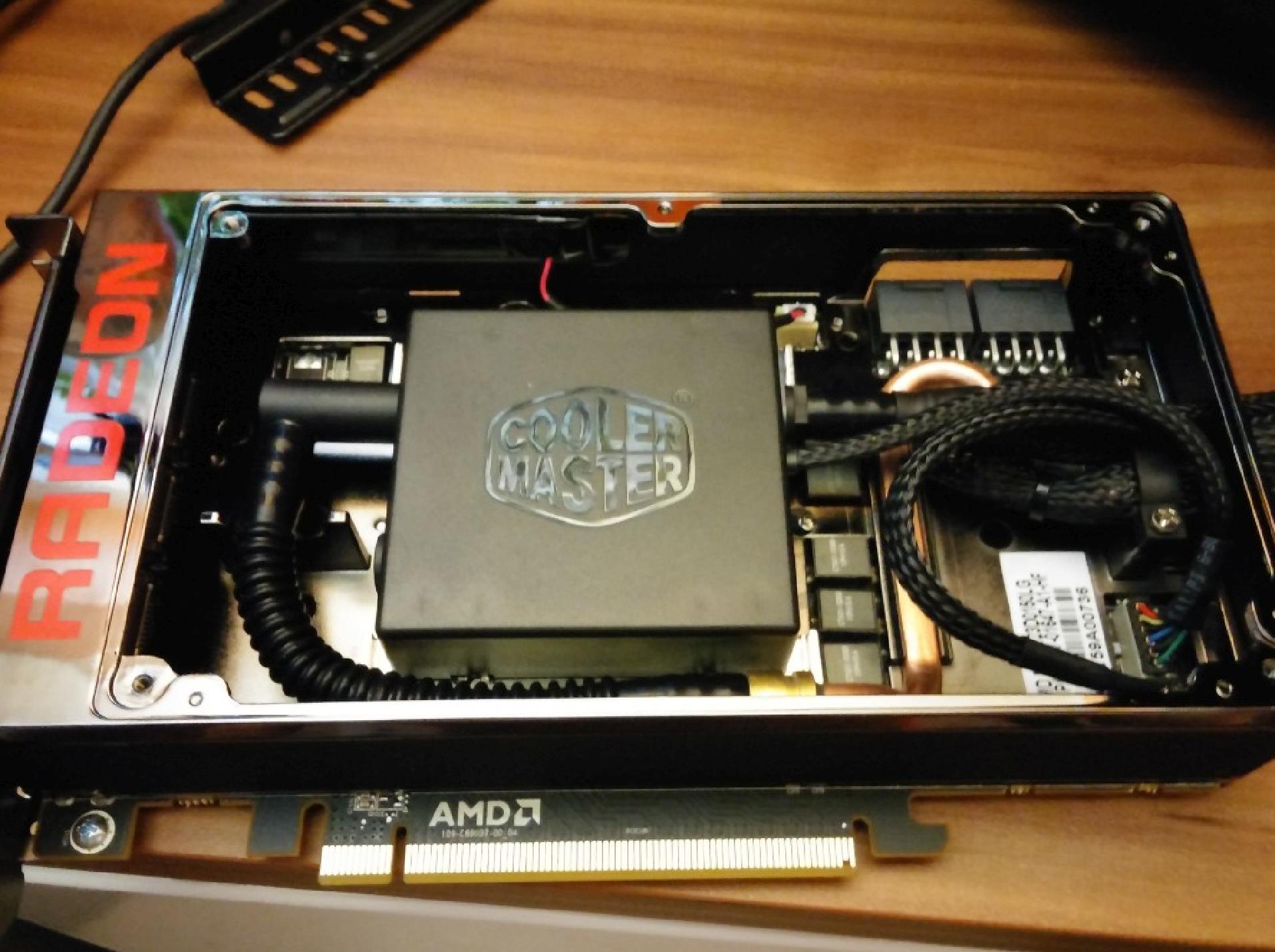 Asetek's legal battle with Cooler Master currently does not have any implications on AMD's R9 Fury X, however that could change in the future if Asetek chooses to go after Cooler Master's GPU liquid cooling design wins as well.
It's also quite possible that if Asetek's lawsuit does end up affecting CM's Fury X cooling unit, AMD will have the option to give the contract of supplying the R9 Fury X with liquid coolers directly to Asetek instead of Cooler Master to address this issue.

Even more fascinating is that back in August of last year Asetek announced that it had secured the largest design win in the history of the company. It was for "an undisclosed OEM customer for a graphics liquid cooling product" that will begin shipping in the first half 2015.

Thursday, August 14, 2014
Asetek® today announced that it has secured a design win with an undisclosed OEM customer for a graphics liquid cooling product. The ambitious project is forecasted by the customer to result in 2 – 4 million dollars of revenue. Shipping is scheduled to begin in the first half of 2015. The design win continues Asetek’s success in the growing graphics liquid cooling market.

“We have been anticipating the rising importance of graphics card cooling for many years and building an OEM business requires patience. This design win is the largest single design win in the history of the company and a great example of our long term investments paying off,” said André Sloth Eriksen, Founder and CEO of Asetek. “We expect the demand for graphics liquid cooling to increase and for it to make up an increasing portion of Asetek’s Desktop business revenue.”

It was widely believed that this design win was for a next generation AMD flagship GPU, namely the R9 Fury X. It made sense, after all AMD contracted Asetek for its first liquid cooled graphics card, the R9 295X2. So I wouldn't be surprised to see Asetek approach AMD with an offer to produce the liquid cooler for the R9 Fury X if it chooses to involve it in the on-going legal battle with Cooler Master.