An update from sweclockers.com has revealed the code name of the next-next-gen AMD Radeon R9 400 Series GPUs. It goes without saying that the naming is pretty much irrelevant at such an early stage. The revealed codename for the series is Arctic Islands and the actual GPU name could be of any island present there. There is currently zero information regarding the Radeon R9 400 Series apart from the fact it will be based on a 20nm or lower node (most probably 16/14nm FinFET). 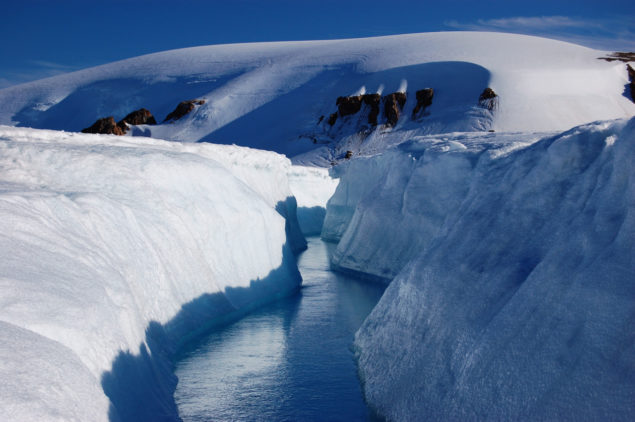 Heres to hoping the new cards will be as cool as these glaciers. @Umich EDU

The first thing that came to my mind when I read the report was what would happen when AMD finally ran out of Island containing regions of the world. Okay. At any rate, the Arctic Islands designation contains around a hundred islands with varying naming. The actual GPU nomenclature could be any of these Islands. The Radeon 7000 series GPUs were called Southern Islands and the R9 200 Series 'Volcanic Islands'. The upcoming R9 300 Series is named 'Pirate Islands' and, finally, the R9 400 series will be called 'Arctic Islands'.

While code-names arent really indicative of any actual features of the GPU, Arctic Islands could (read: a reasonable sized, non-zero chance) in theory refer to the cooling capacity of these GPUs. IF AMD does indeed transition to the lower process with FinFETs, energy efficiency will increase with decent TDP cuts across the board. That means that in all eventuality we will be looking at very reasonable heat output (and therefore more room for over clocking on air).

This is going to be a rather short post because there is nothing really that can be derived from this leak, apart from the implication of a  better cooling system. AMD's Arctic Islands Radeon R9 400 Series GPUs are expected to come after the Radeon R9 300 series (obviously) and the earliest we can expect them is 2H 2016 (next year). Probably the most interesting question about these new GPUs will be the process on which they are manufactured on (Inhouse (GloFo) vs TSMC).