AMD has announced their latest third generation A-Series APUs codenamed Richland for the desktop FM2 platform. The AMD Richland APUs combine the x86 Piledriver architecture with the latest Radeon HD 8000 graphic cores to deliver faster and efficient performance over Trinity generation of APUs. Before reading, do check out this cool "Be Invincible" CGI made by AMD for their Richland APU launch:

The Richland APUs features the same DNA as their predecessor "Trinity" and the A-Series SKUs come with upto four x86 Piledriver cores that take the clock frequencies to the next level. The flagship A10-6800K Black Edition for instance is a quad core model featuring  4.1 GHz base an 4.4 GHz turbo clock speeds and includes support for the latest ISA instructions which include FMA4/3, AVX, AES, XOP. The Richland APU comes with 4 MB of L2 cache while the clock frequencies can easily be configured via the AMD OverDrive software. Richland APUs come with native DDR3-2133 MHz support for the A10 parts.

On the graphics side, AMD is using their latest HD 8000 cores which are based on the VLIW4 architecture. The fact that AMD didn't went on to equip these APUs with the GCN core is due to the APU refresh from Trinity to Richland. Being a refresh of its predecessor, AMD didn't wanted to make any radical changes to the core and gpu architecture but rather improve on their frequencies. The proper GCN based APU codenamed "Kaveri" is going to launch by the end of 2013, it was also featured in the latest Roadmap from AMD. The HD 8000 core on the A10-6800K features upto 384 shaders and a clock speed of 844 MHz with DX11 support to be able to run the latest gaming titles. The Richland APUs can drive upto 8x AA and 16 AAF in games.

The AMD Richland APUs would be compatible with the latest A85X chipset based FM2 motherboards and offer Dual graphics support and AMD Memory Profile Support. The APUs would also be compatible with A55 and A75 chipsets but the A85X is built to target the performance users with AMD CrossFire support, 8 SATA 6 GB/s ports and upto 4 USB 3.0 and 10 USB 2.0 ports. The AMD RIchland APU die measures at a total of 246mm2 and you can see that it isn't different at all from the Trinity die. Furthermore, the Richland APUs would feature support for AMD's Eyefinity Technology and Wirelress Display.

The Richland APU SKUs would be available in 100W and 65W variants, the lineup can be seen below:

You can check out the performance numbers and details of Richland APUs in the slides below, For more information visit http://sites.amd.com/us/promo/products/Pages/invincible.aspx. 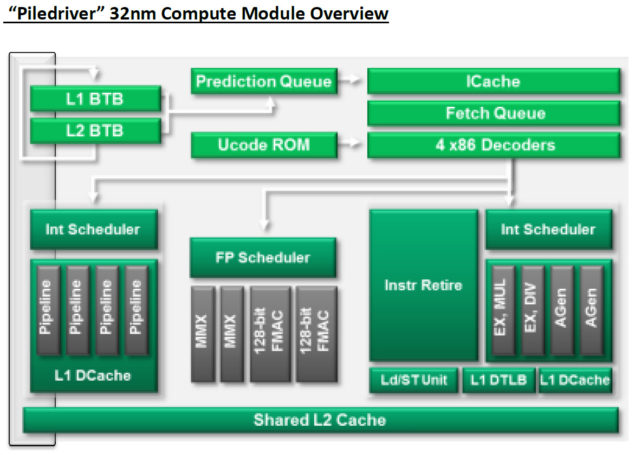 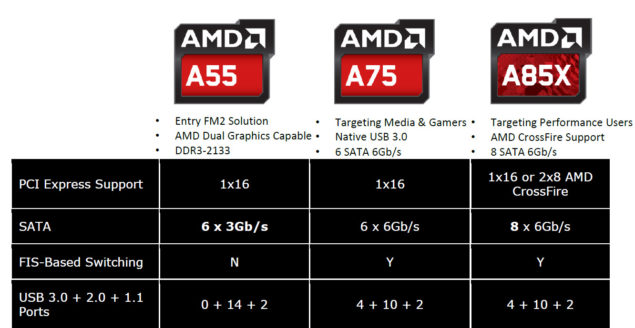 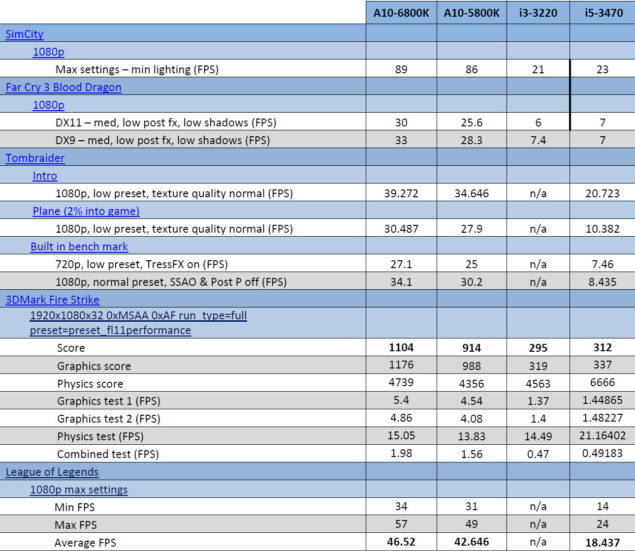 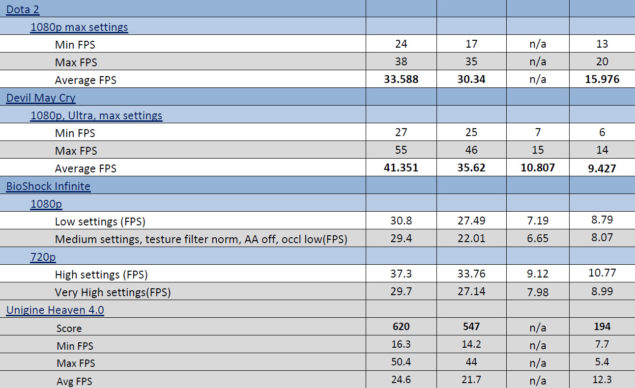