AMD: Great software brings out the best of great hardware – Extra performance at no cost with Omega

So I recently had the opportunity to interview Mr. Sasa Marinkovic - the Head of Technology and ISV Marketing at AMD. The topic at hand was the recently released Catalyst Omega and he gave us a detailed overview of its top features as well as some information missing from the official slide deck. We also managed to talk a little about HSA and its role in the future of APUs. 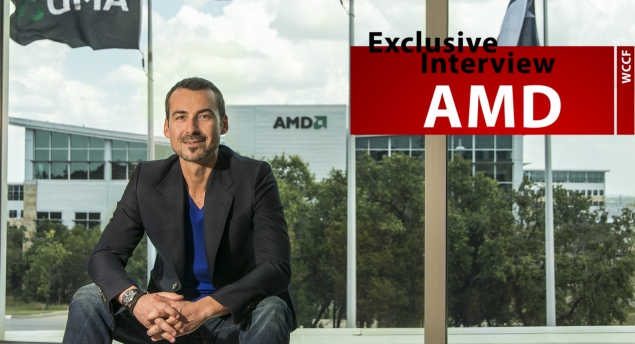 [Questions posed by me have been highlighted for convenience and the paras (not highlighted) proceeding them are Mr Sasa's responses.]

I must say that Catalyst Omega looks like an absolutely brilliant step from AMD. What in your opinion, is the most exciting feature in the new Omega Catalyst Drivers and how will it help AMD compete with rival solutions?

But Omega is not about one feature or performance improvement. It is a collection of all these things that makes Catalyst Omega so powerful and great.

Certain features (such as Virtual Super Resolution) in the Catalyst Omega Drivers are listed as supporting R9 Series GPUs only (R9 285 and above). Does AMD plan to include older hardware generations in the future or would that prove to be difficult?

Mr. Sasa Marinkovic: All owners of systems based on any AMD Radeon™ HD 5000 Series (or newer) GPU, AMD A-series, E-series, Athlon and Sempron APUs are encouraged to download the AMD Catalyst™ Omega driver. A number of exciting new features, along with numerous stability improvements, are contained in this exciting release.

Does Catalyst Omega Drivers extend support to mobility variants of Radeons? If not is that something we can expect in the future?

Would you like to add anything about Catalyst Omega Drivers?

Mr. Sasa Marinkovic: Yes. The AMD Gaming Evolved Client Powered by Raptr now supports capture, streaming and FPS overlay of Mantle-enabled games like Battlefield™ 4 and Sid Meier’s Civilization®: Beyond Earth. Additionally, we are introducing a variety of exciting updates for Linux® as well as software developers (as a part of separate updates).

In a nutshell, great software brings out the best of great hardware and that’s exactly what AMD Catalyst Omega drivers provides. Extra performance at no extra cost – this is our main claim with Catalyst Omega, engineered to take full advantage of the advanced technologies AMD product’s provide and to show our appreciation for the ongoing support of our AMD communities.

Let’s talk a bit about HSA. HSA is arguably one of the most important features of AMD’s APUs. However, how does AMD plan to develop a good ecosystem for HSA capable software?

Mr. Sasa Marinkovic: As you know, AMD has been working on this new approach to computer architecture to dramatically improve performance, create powerful new programming models for developers and open up more natural interfaces like speech and gesture recognition. It's called Heterogeneous System Architecture (HSA) and it was built so that the CPU and GPU would work together in harmony, rather than treat them as separate processes. This shared design would be far more efficient at tasks that traditionally tax even the most powerful systems.

To reach beyond mere niche adoption, it is essential to provide a deployment path beyond the realm of any single hardware vendor. The ultimate goal for software developers is “write once, run everywhere” which requires a unified install-base across all platforms and devices. This is the HSA vision.

HSA is important because it makes developers' lives so much easier and they are already signing up to the HSA Foundation (of which AMD is a founding member) because they want to work with HSA architecture. AMD believes we will be first to market with fully compliant HSA hardware (Codename Carrizo) and we believe the ecosystem is already coming together strongly for HSA capable software that will make a difference to us all in the future. For full list of companies that have joined HSA Foundation, please go to www.hsafoundation.com

Arguably, gamers are AMD’s most important customers so what do you think about HSA in terms of games and utilizing this GPGPU potential for game logic?

Mr. Sasa Marinkovic: Although HSA can help in some cases when it comes to gaming, its primary purpose is to fully exploit the GPU’s potential when it comes to GPU Acceleration of the applications and power efficiency achievable only through highly parallel computation. HSA creates an improved processor design that exposes the benefits and capabilities of mainstream programmable compute elements, working together seamlessly.

How do you expect AMD’s upcoming APUs (Carrizo) to perform compared to Kaveri?

Mr. Sasa Marinkovic: Unfortunately, I’m unable to disclose anything about Carrizo performance other than to reiterate what John Byrne said when he announced the product – that it will be the most advanced APU AMD has ever brought to the market, offering better performance and better efficiency than ever before. View video of AMD’s John Byrne introducing the “Carrizo”codenamed APU.

Thank You Mr. Sasa [That's all folks, hope you enjoyed this special piece.]