The successor to AMD's Kaveri APU line-up, code named "Godavari" has been confirmed. The new APUs will be compatible with FM2+ socket boards after a simple BIOS update.

Godavari APUs will replace the current Kaveri line-up in the summer. The new APUs are based on the same 28nm Kaveri silicon but with enhanced clock speeds and overclocking potential. Godavari maintains the same Steamroller CPU architecture from Kaveri and the same GCN GPU design. So it's quite akin to what Richland was to Trinity. An updated and enhanced design of the same silicon. This also means that the new APUs will be compatible with current socket FM2+ motherboards with a simple BIOS update.

You'll have to wait until 2016 to get your hands on AMD's new APU designs. Featuring the company's brand new high performance x86 CPU Architecture code named Zen. As well as the company's new Arctic Islands graphics architecture to succeed the venerable GCN design. All built on Samsung's cutting edge 14nm FinFET process node. And featuring stacked High Bandwidth Memory / HBM for the first time ever on an APU.

Thankfully if you're looking to buy an APU on a mobile platform you won't have to wait as long to enjoy AMD's brand new creations. Carrizo will be coming out in the summer on a range of new notebooks, fanless designs and all-in-one desktops. Carrizo will deliver the largest power efficiency leap ever of any high performance APU in the company's history.

While Carrizo is incredibly power efficient, some of the design decisions that enable that efficiency mean that Carrizo won't make much sense in high performance desktops. Due to its limited frequency at the top end of the TDP range compared to Kaveri. 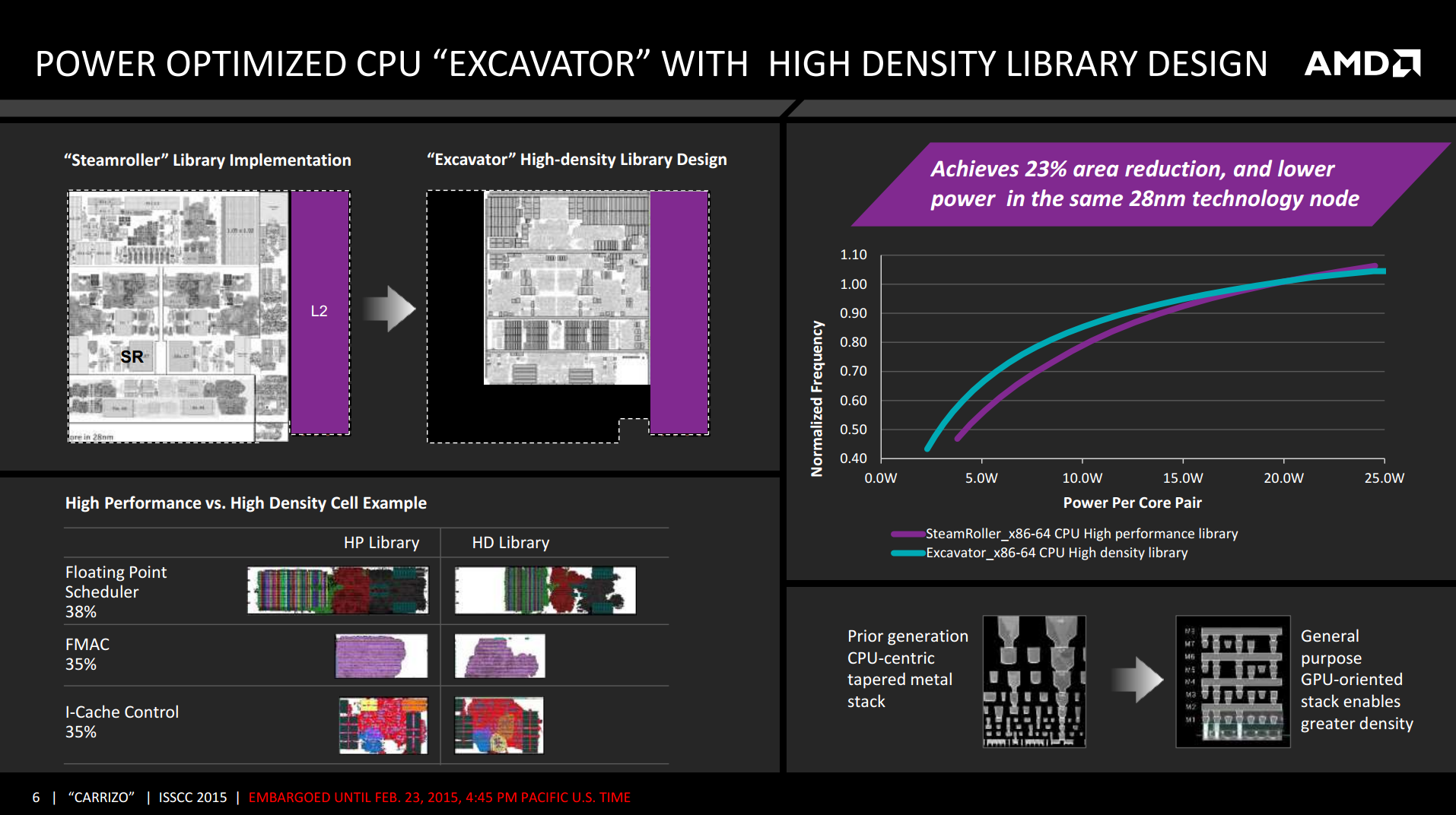 Which is why for the desktop AMD will be introducing Godavari.  AMD managed to improve CPU clock speeds slightly with the new Godavari APUs but significantly improve GPU clock speeds. The integrated R7 GPU inside A10-8850K for example will go up to 856MHz a 19% increase over the iGPU of the 7850K. Which can only go as high as 720MHz.

All Godavari APUs will support DDR3 memory frequencies of up to 2133MHz out of the box. While 2400MHz DDR3 support isn't "officially" stated, it will be achievable with most Godavari APU models as was the case with Kaveri. Fast DDR3 modules are necessary to keep the beefy integrated GPU fed. So the faster the DDR3 modules used the better GPU performance you will get.
Here's the full Godavari line-up that was leaked by VR-Zone.