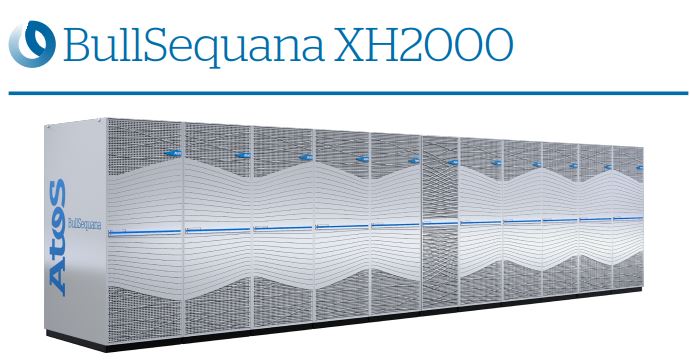 AMD recently got another contract with the Archer 2 Supercomputer in Edinburgh for their EPYC CPUs. This contract is with Atos, who are building a weather-predicting supercomputer, the BullSequana XH2000. This weather-prediction machine is planned to be available for more than 30 countries and runs a high-resolution weather prediction with a range of up to 10 km.

AMD got the contract with Atos to build the European Centre for Medium-Range Weather Forecasts.

This supercomputer is planned to be installed for the European Centre for Medium-Range Weather Forecasts (ECMWF) research center. The center will utilize this supercomputer in a 24/7 operational weather service in Bologna, Italy.

Atos already has multiple XH2000 supercomputers, but specifically, this one will be built on the high-end AMD EPYC 7742 CPUs which feature 64-cores and 128-threads with a TDP of 225W. This AMD EPYC CPU has a 1.4 GHz base clock and a boost clock of 2.2 GHz and is built around AMD's 7 nm process node. 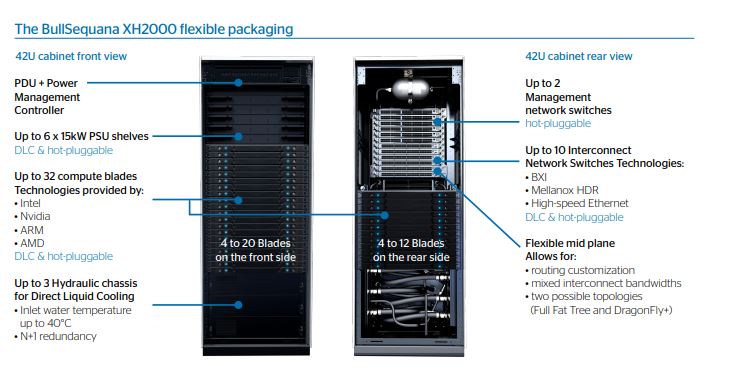 Each XH2000 42U cabinets will be able to house up to 32 compute blades, these blades utilize liquid-cooling and are housed in a 1U compute blades. These blades can accommodate up to three compute nodes that can offer support for AMD's EPYC chips, Intel's Xeon, and Nvidia's Volta V100. This wide arrange of compatibility allows these cabinets / compute blades to be configured precisely to the client's desires. The XH2000 42U cabinet has a power distribution unit that utilizes a form factor of 2.5U, and this also monitors the power circuit with a power management controller module.

“This new solution will optimize ECMWF's current workflow to enable it to deliver vastly improved numerical weather predictions," Sophie Proust, Atos Group CTO, said in a statement. "Most importantly, though, this is a long-term collaboration, one in which we will work closely with ECMWF to explore new technologies to be prepared for next-generation applications.” The building of these systems is planned to start this year (2020), with service planning to start in 2021. The assembly of the XH2000 installation in Bologna. This service will be accessible to researchers from more than 30 countries, and the longterm goal is being able to run higher-resolution weather predictions of 10 km.

EXCLUSIVE: AMD Is Working On A Monster 64-Core Threadripper, Landing As Early As Q4 2019