AMD might have delayed its Zen 3 Ryzen Threadripper CPU lineup for quite a while now but it looks like they have something grand planned for its pro workstation segment.

A few days ago, Igor's Lab leaked out the final specifications of AMD's Ryzen Threadripper 5000 Pro CPU line-up which will consist of five SKUs. The lineup features up to 64 cores, 256 MB cache, 280W TDP, and is based on the Zen 3 core architecture. There isn't any special 3D V-Cache or a 6nm node optimization headed for these chips but there is one crucial aspect that is important for the work-station segment that might be coming to the family.

In the leaked specs, the AMD Ryzen Threadripper 5000 Pro lineup is stated to support a '2P' socket configuration. Similar to Intel's 2S, the 2P configuration means dual-socket support which points to the red team offering specialized workstation motherboards with the help of its OEM partners. This would allow AMD to get two Ryzen Threadripper CPUs on the platform instead of one we currently get. 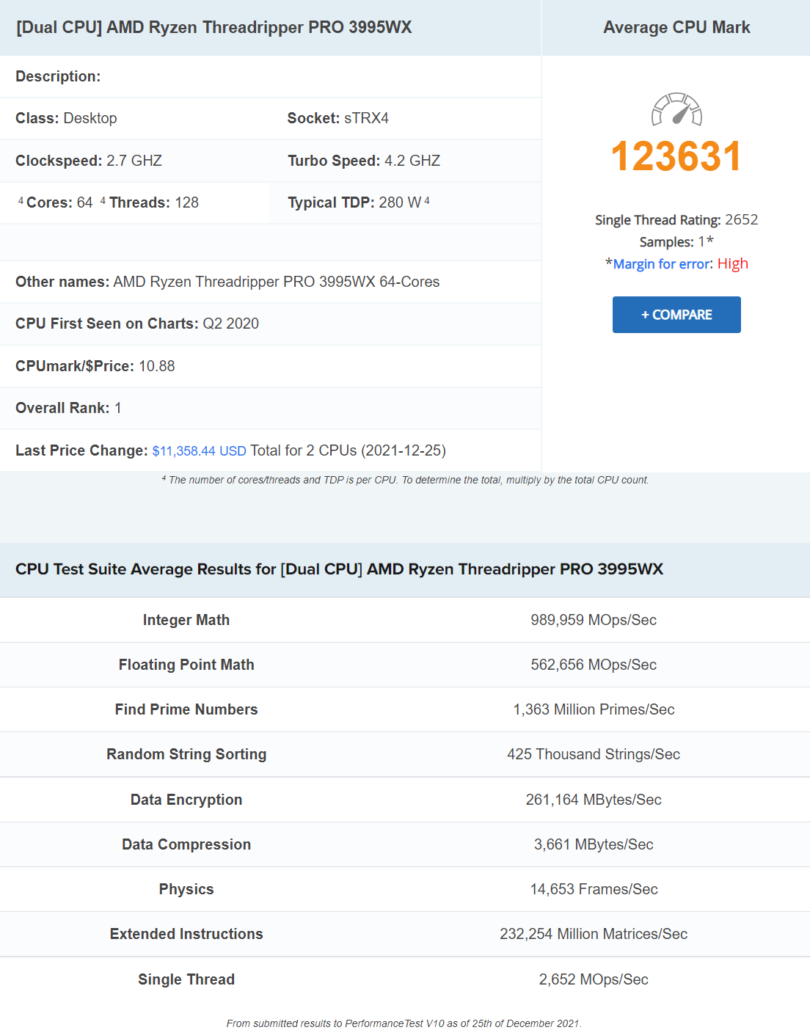 This could be a major blow to Intel's workstation efforts as they will once again be left behind in the dust with AMD conquering the core count segment with an astonishing 128 cores on their high-end sWRX8 platform. Further confirming this is a PassMark entry, discovered by TomsHardware, which points to dual Ryzen Threadripper Pro 3995WX 64 core CPUs running on a single motherboard. The dual CPUs were compared to a single Threadripper Pro 3995WX 64 core chip & the new config ends up with a 44% performance uplift. The performance results are represented in the table below (Via - Tomshardware):

The performance gain isn't massive but we have to remember that there are only a few synthetic benchmarks that are able to utilize the 64 cores on AMD's Ryzen Threadripper Pro chips, let alone 128 cores on a dual-socket configuration. This opens up a whole new performance category for the workstation segment with over 100 cores, insane 4 TB system memory capacities (16 memory channels / 8 per chip), and an insane amount of PCIe lanes. Surely, this is a very attractive solution for workstation users. 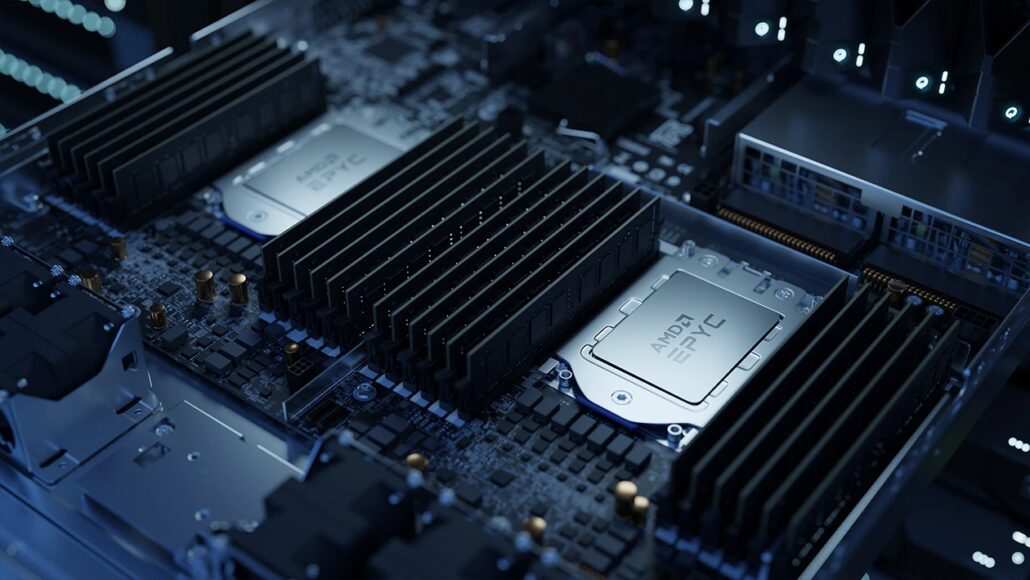 There are currently no commercially available motherboards that support dual Ryzen Threadripper Pro CPUs but as mentioned above, AMD will be working with its partners to get them made if they are indeed going the 2P socket route. AMD's EPYC server platform does have a lot of dual-socketed motherboards so OEMs such as Gigabyte, Supermicro, ASRock Rack, can definitely be the first ones to offer such a high-end workstation motherboard. The AMD Ryzen Threadripper Pro 5000 CPUs are rumored for a March 2022 launch so we might get to hear about those from AMD at CES 2022.