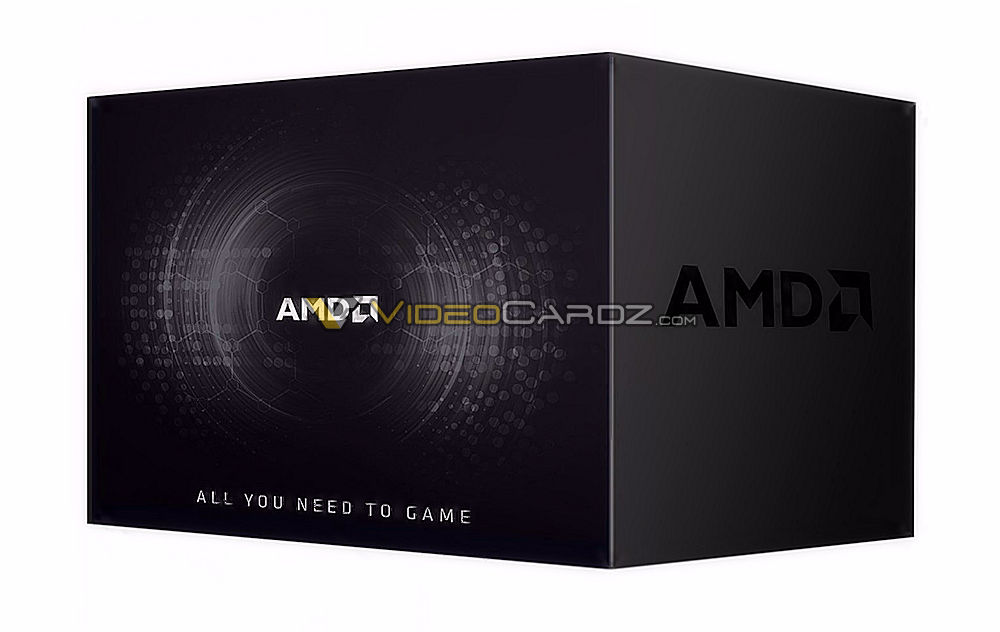 AMD's 2nd generation Ryzen 2000 series CPUs have just been released late last week and it looks like the company is preparing to launch a brand new product already. Well, not exactly. The AMD Combat Crate is more like three products folded into one.

Courtesy of a leak by videocardz, we know what actually comes inside the company's mystery Combat Crate. Each Combat Crate comes with a Ryzen CPU, compatible AM4 motherboard and Radeon GPU inside.

More specifically, it appears that these bundles come with either a Ryzen 5 1600 CPU or a Ryzen 7 1700 CPU paired with an MSI B350 Tomahawk motherboard and an MSI RX 580 Armor graphics card. 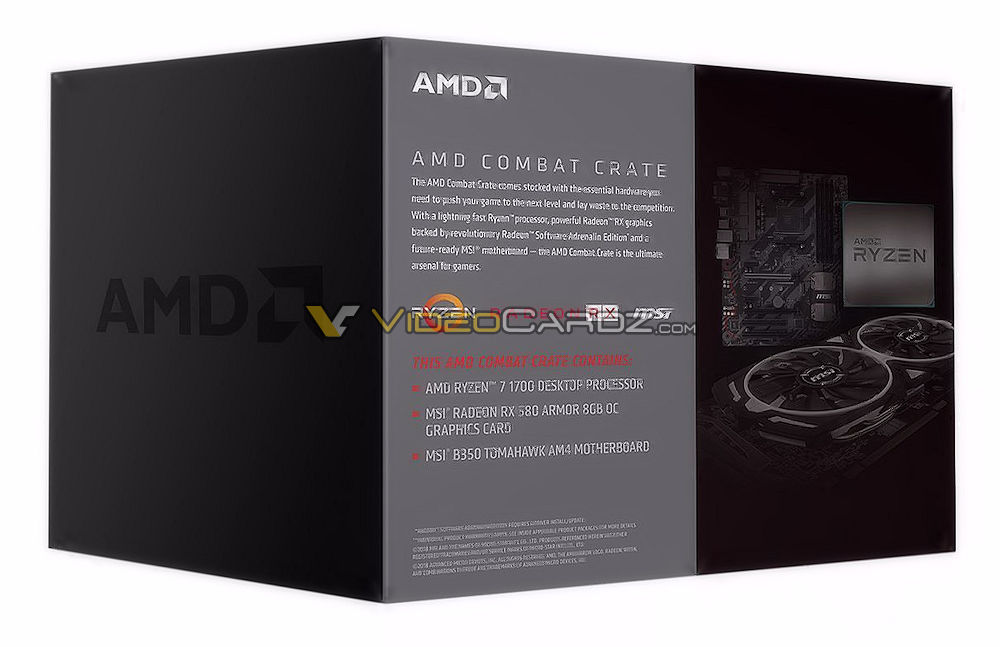 The AMD Combat Crate comes stocked with essential hardware you need to push your game to the next level and lay waste to the competition. With a lightning-fast Ryzen processor, powerful RX graphics backed by revolutionary Radeon Software Adrenalin Edition and a feature-ready MSI motherboard — the AMD Combat Crate is the ultimate arsenal for gamers.

It remains to be seen whether AMD's other motherboard & GPU partners will introduce Combat Crates of their own, but it's certainly a good idea for DIY PC gamers looking to build a new system. It offers the convenience of having all major components in one box and you get to save a few bucks in the process on the bundle.

It's also a neat idea for AMD and its motherboard partners to be able to clear stocks of existing Ryzen 1000 series CPUs and 300 series AM4 motherboards. Most important of all is the fact that it can be a very effective way to make sure that GPUs land in the hands of actual gamers rather than miners, who tend to buy graphics cards by the dozen and suck the graphics card supply dry.

The mining craze hit such a fever pitch last year that some miners were renting entire Boeing 747s and shipping thousands of graphics cards a week to their industrial scale mining farms. Bundling graphics cards with other components like we're seeing with the AMD Combat Crate hinders miners' ability to buy graphics cards in bulk. A practice that was largely responsible for the catastrophic GPU supply shortage over the past nine months.

Can be found on Amazon now: https://amzn.to/2qX0rOW