AMD has started working on their Catalyst 14.1 BETA driver which features enhanced support for the Radeon R200 series graphic cards and the upcoming Kaveri A-Series accelerated processing units. AMD's Manager of Fusion software marketing, Terry Makedon, revealed at AMD's CES 2014 briefing that the Catalyst 14.1 BETA would make its way to users in Q1 2014. 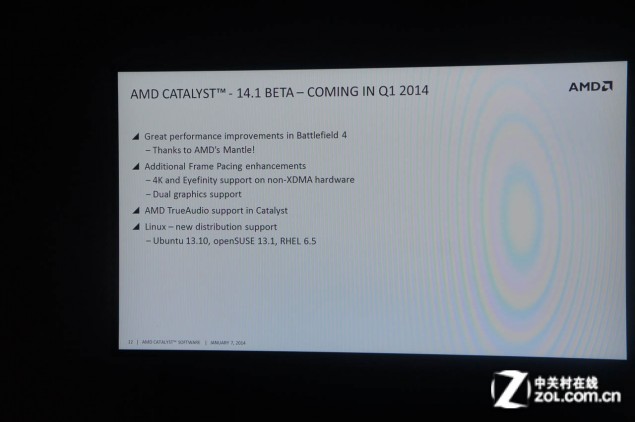 The Catalyst 14.1 BETA driver introduces several new features and would be the first driver to fully feature the Mantle API, TrueAudio, DirectX 11.2 support and frame pacing enhancements. The new Catalyst 14.2 BETA will bring an updated design for the Catalyst Control Center (CCC) with new profiles to easily tuned 3D settings for ease of use. The driver would also bring enhancements to the latest AMD Overdrive which was recently intro'd with the Radeon R9 290X and Radeon R9 290 graphic cards bringing users temperature based overdrive, heat map user interface and fan control settings. You can check the list of features coming in the Catalyst 11.4 BETA driver below before we move in to details:

- Thanks to AMD's Mantle! 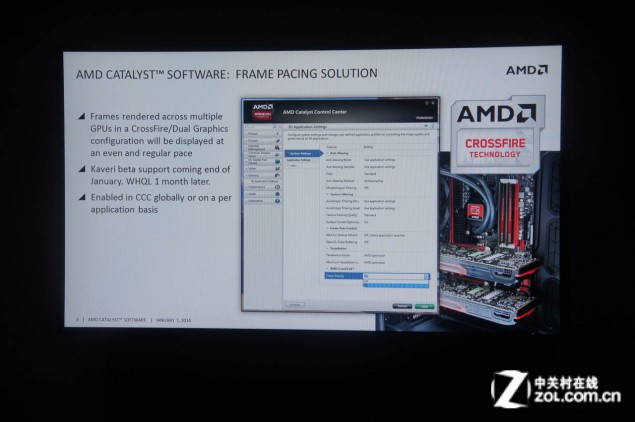 AMD has been trying hard since the launch of the Radeon HD 7000 series to fix the frame pacing issues faced on those generation of graphic cards and the recently launched Radeon R200 series. The new driver aims to further enhance frame rendered across multiple graphic cards in CrossFireX or Dual graphics configuration to be displaye at an even and regular pace. The frame pacing solution would also be expanded over to the Kaveri APUs with a new Kaveri beta support driver available by the end of January followed by a WHQL version month later. This is great news considering those who are getting Kaveri APU at launch three days from now won't have to wait too long for a new Catalyst driver to enhance their gaming experience whether their running the APU in standalone mode with the onboard Radeon R7 series graphics or in dual-graphics configuration.

Last of all, AMD showcased some performance comparisons between Catalyst 12.12 and 13.12 which shows their Catalyst driver progress for the last 12 months. The Catalyst 14.1 BETA will further improve the numbers you are looking at below.

Images are courtesy of Zol.com.cn! 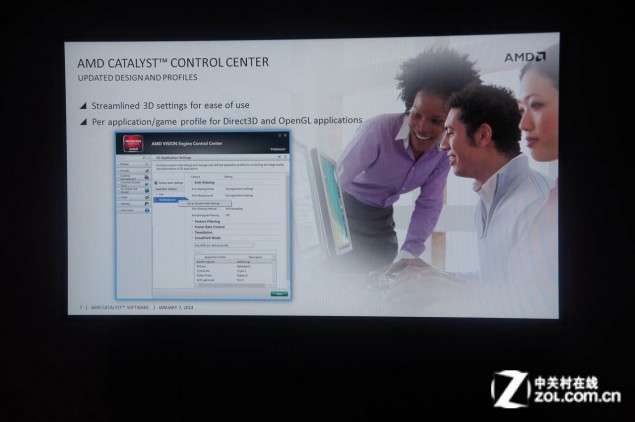 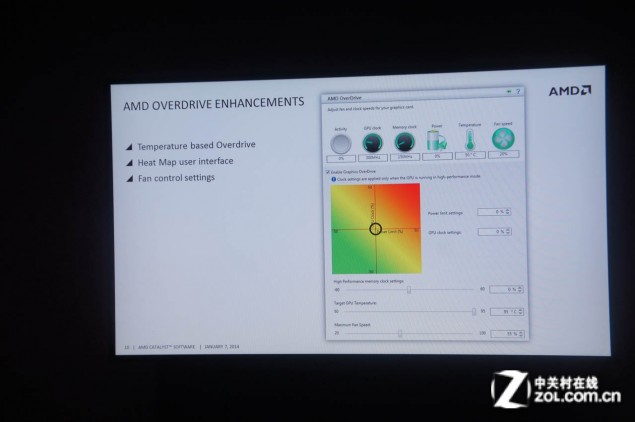 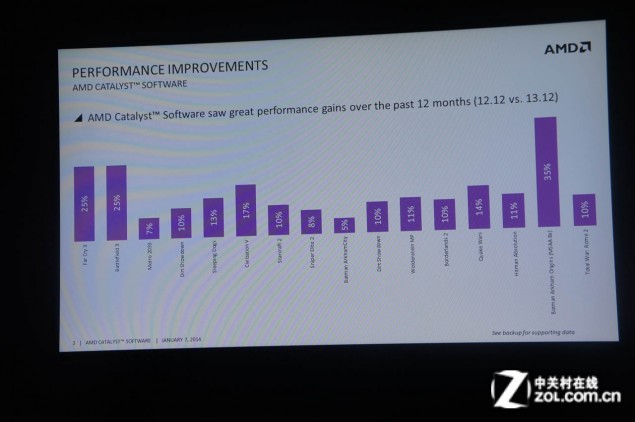 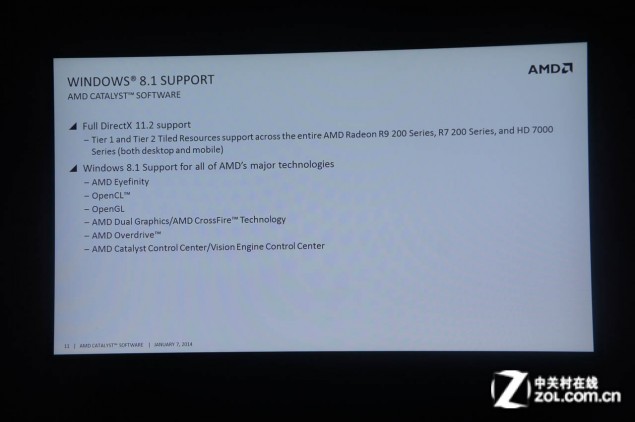