Earlier, we confirmed to our readers that Batman Arkham Knight was having issue on AMD GPUs and hence Rocksteady updated the minimum requirements for the game just before launch in a slight change to AMD GPUs with higher memory. More recently, Khalid reported that Batman Arkham Knight is also having issues on NVIDIA GPUs. Even though the game has been locked at 30fps on the PC, users have still reported massive stuttering and some cannot even run the game in their PCs. In such a situation, AMD and NVIDIA have come up with newer driver releases for the game.

This was an update planned just before the release of Batman Arkham Knight. We don't know if gamers are having problems on this particular version of the driver or not but NVIDIA's dedicated driver release for Batman Arkham Knight might resolve some of the issues. The release notes state that the new driver comes with support for GeForce SLI technology and also the one-click optimization settings in the NVIDIA GeForce Experience. You can download the new driver here. And have a look at the release notes for the new NVIDIA GeForce 353.30 WHQL driver: 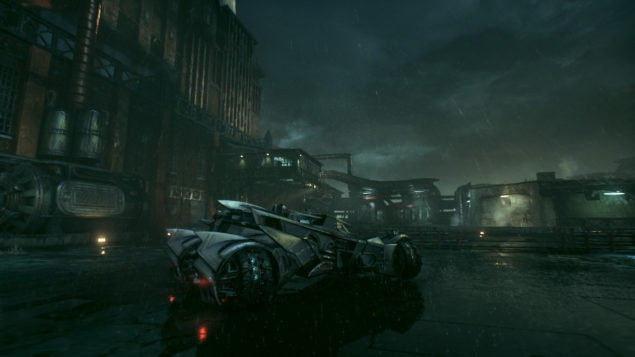 After some hours to the release of the dedicated driver by NVIDIA for Batman Arkham Knight, AMD also released a beta version of their new driver to make the gaming experience of Batman Arkham Knight better on AMD GPUs after the updated minimum PC requirements for the AMD GPUs. The driver features performance and stability improvements for Batman: Arkham Knight. Crossfire has been disabled at the moment but AMD is working with Rocksteady to resolve any issues for multi-GPU support on AMD cards. You can download the new driver from here. And also check out the release noted for AMD Catalyst Beta Driver:

AMD Crossfire support is currently disabled for Batman™: Arkham Knight while AMD works closely with Warner Bros. Interactive Entertainment to resolve the issue. An update for this issue will be released as soon as it is available

That is all that we have to share with our reader for now. Stay tuned as we bring you regular updates news on Batman Arkham Knight and share your views with us in the comments section.