AMD's Bristol Ridge family of accelerated processing units is coming out next year and details are spilling from all corners of the web. The latest information on the Bristol Ridge APU family comes from Benchlife who have leaked several slides detailing the upcoming APU families for the AM4 and FP4 platforms that will replace the Carrizo APUs on mobile front and Godavari APUs on desktop front. 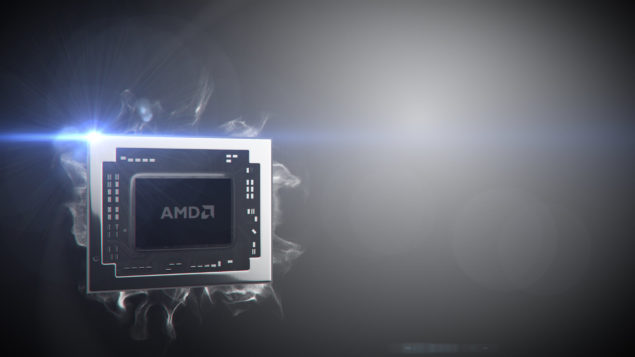 The news comes a few days after it was rumored that AMD might be gearing for an early launch of their AM4 platform (motherboards) since Zen based Summit Ridge processors are scheduled for a launch in late 2016. In the meantime, AMD has plans to launch their entire Bristol Ridge family first for the AM4 and FP4 platforms. It makes sense since users will have a taste of what AMD's latest enthusiast and consumer platform would offer to them and this will be a good update path as AM4 platform supports both CPUs and APUs based on the latest chip architectures from AMD. The Bristol Ridge APUs are expected to launch in the first half of 2016 which will make a lot of sense and we will see a range of AM4 motherboards for the new processors that will integrate a wide I/O capabilities, DDR4 memory support and a broad range of updates over the aged AM3+ platform.

The slides reveal that AMD's Bristol Ridge APU family is known as the AMD Family 15h Models 65h-6Fh (BKDG and Electrical Datasheet). The Bristol Ridge APU family is split into mobility and desktop parts. The mobile parts are supported by the FP4 platform which enables support for both DDR4 and DDR3 family making this the first mobile platform from AMD to support DDR4 memory standard. The DDR3 platform for mobility chips is going to be 100% compatible to Carrizo DDR4 FP4 platforms and FP4 itself will support current generation Carrizo and next generation Bristol Ridge and Stoney Ridge APUs. Stoney Ridge is the replacement for Carrizo-L offering the low power SKUs while Bristol Ridge for mobile will be the performance tuned offering replacing Carrizo.

On the desktop front, we will have AM4 platform supporting the x86 Excavator based Bristol Ridge APUs for mainstream desktop systems and also the Zen based Summit Ridge processors for enthusiast grade desktop systems. A quick glance at the technical features of both Carrizo and Bristol Ridge reveal no differences from both APU families. Both are based on a 3rd generation GCN architecture (GCN 1.2) which is the same version incorporated on the Fiji and Tonga GPUs. Both APU families have full support for DirectX 12, provide great audio, UVD, VCD, DCE features and support Dual Graphics, Panel Self Refresh, Dynamic Bezel Adjust along with the ability to run up to 3 simultaneous displays. Bristol Ridge APUs will feature up to four x86 Excavator cores with 2 MB of shared L2 cache. They will have support for HSA 1.0 and the latest DDR4 memory standard. The Excavator core ensures better IPC (Instruction per clock) versus previous generation cores

Previously, AMD have priced their desktop APUs under the $200 range and it is expected to remain there. As for AM4 boards, it is highly likely that AMD will have a few budget options launched for Bristol Ridge APUs while the more performance focused parts will be set for launch with the FX series in Q4 2016. As for Zen, we have summed up all the information you need to know regarding the upcoming FX series in detail over here.

The Bristol Ridge AM4 APU family will contain 8 SKUs, there's no name defined for them but they will be using a new branding scheme, most probably A-Series 9000 as was revealed in a previous leak. There are seven SKUs that are based on a quad core design while one chip retains a dual core design. Clock speeds range from 2.5 to 3.6 GHz base and 2.8 to 4.0 GHz boost clocks across the processors listed. The graphics chips which will range from 256/384/512 stream processors (Radeon R7/R5/R3) will come with clock speeds ranging from 900 to 948 MHz. All chips will support DDR4 memory clocked at 2400 MHz (native speeds). Surprisngly, there are also few models without the graphics units which means they will either be Athlon or FX branded chips. The TDPs will be adjusted from 35 to 65W. More details can be seen in the table below:

The mobility lineup is also similar to the desktop lineup and is made up of seven SKUs, 6 of them are quad core designs while one is a dual core design. The maximum base and boost clock speeds are 3.0 GHz and 3.7 GHz on the top end chip and the TDPs range from 15W to 35W. The Stoney Ridge family will have lower TDPs than the mainstream family as they are geared for low-power devices. All chips feature a graphics processing units that comes in 8/6/4 CU dies and are clocked in the range of 600 up to 900 MHz. Detailed specifications of these chips can be seen below: