While testing with the GTX 960 we recorded the Overall score with 3dMark Firestrike since it gives a well rounded look at overall system performance. 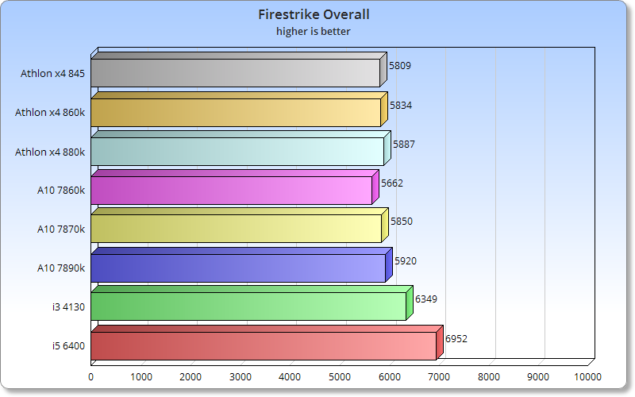 This go around with battlefield 4 we bumped it up to High settings and rand through the same area as we did with the iGPU benchmark. 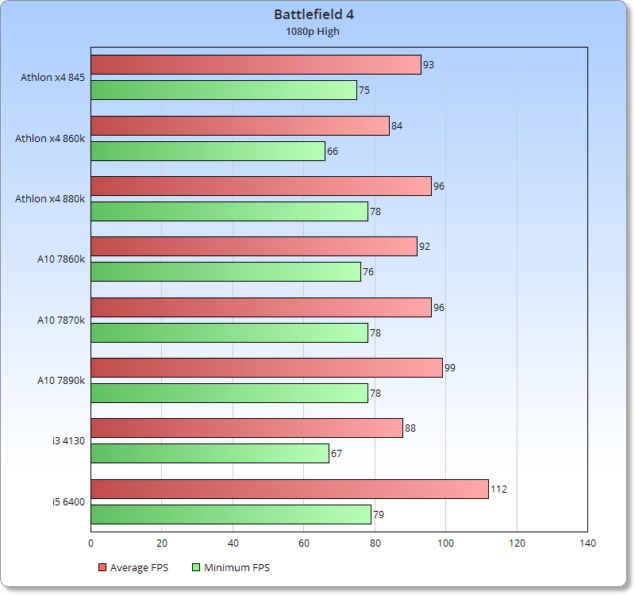 This go around with Dirt Rally we bumped the settings to 1090 Ultra with 2xMSAA and used the in game benchmark for our results. 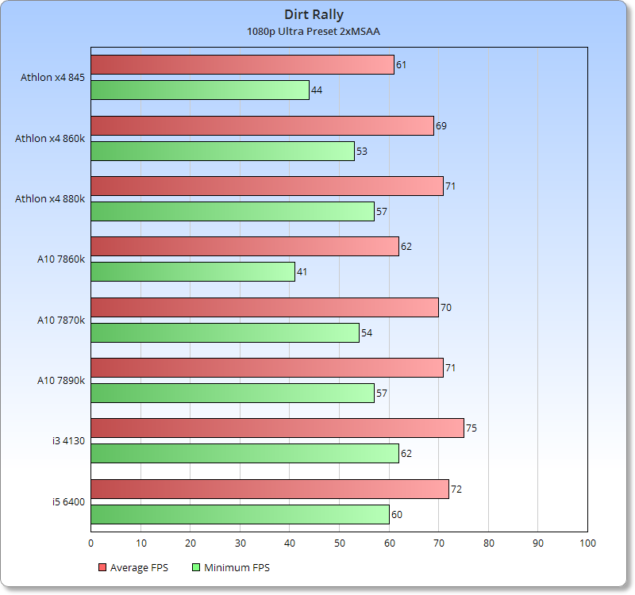 We ran this title at 1080p Ultra and played through the first 5 waves of Survival on Hoth. 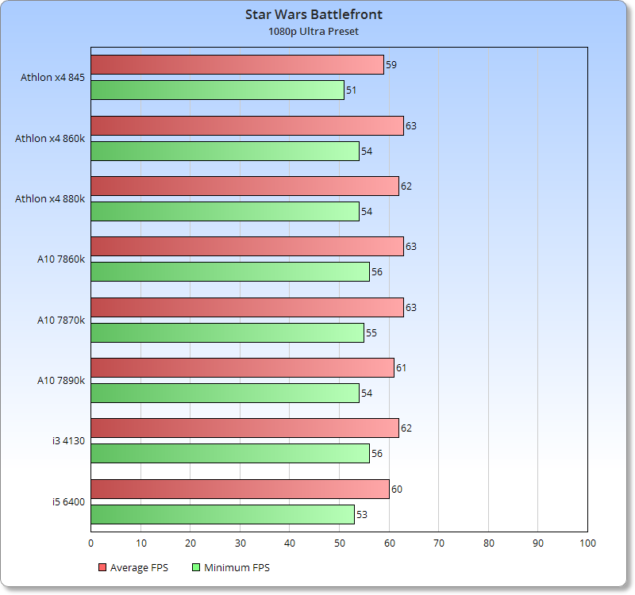 In this title we ran it at 1090 with Post Processing set to Medium and Graphics set to High.  Our run went from Hangman’s Ally to Crow’s Perch and took our results from there. 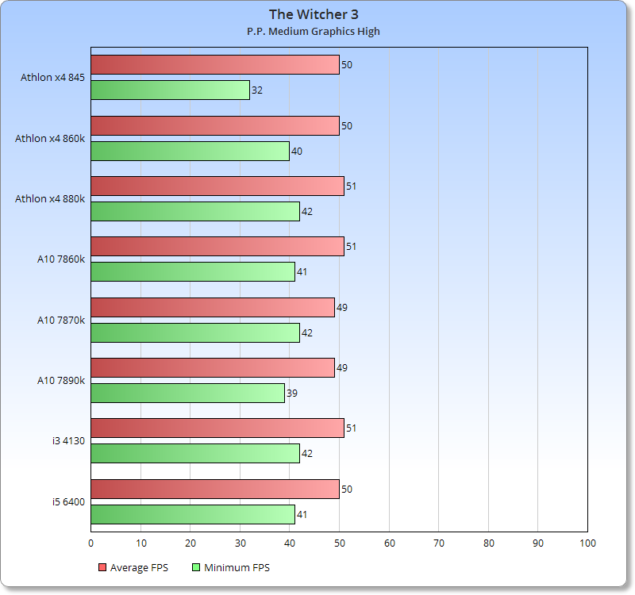 We ran Shadow of Mordor at 1080p Ultra Preset using the in game benchmark. 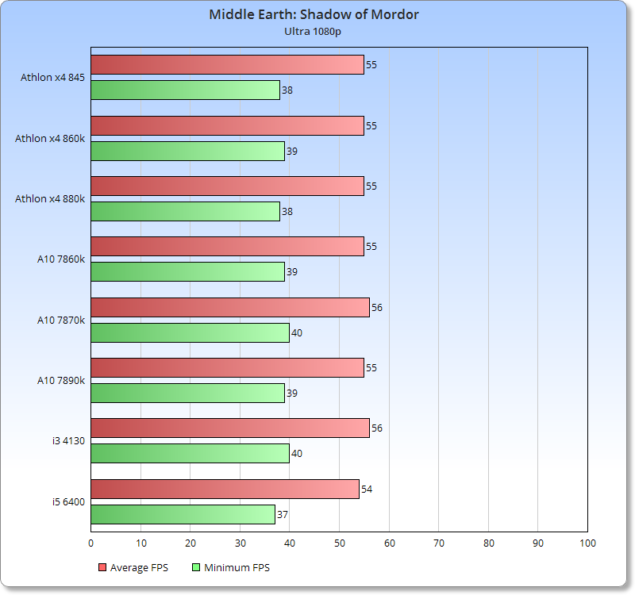 GTAV was set to 1080p with the game settings at Very High, Shadows set to Nvidia’s PCSS, and 2xMSAA.  We used the in game benchmark to gather these results. 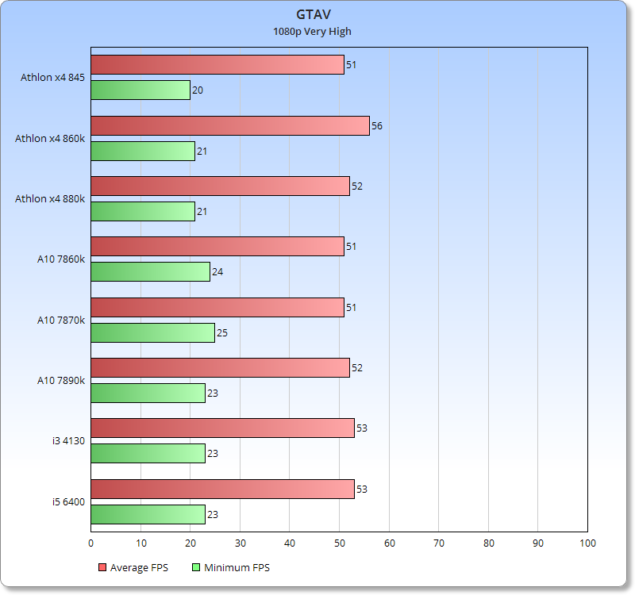 We see that paired with a mainstream GPU, such as our GTX 960, any of the Athlon or A10’s are plenty capable of handling gaming at 1080p.  But, what happens when you pair one of these with a high end GPU such as the GTX 980ti? We explore that on the next page by comparing the highest clocked A10 7890k to the i5 6400.