Another set of AMD APU details have been leaked by OBR which further provide information of  Richland and Kabini APUs. While launch details were already available a week ago, thanks to OBR we now have much more concrete information about the upcoming AMD APUs.

Among the information provided are the release and technical details of Richland A-Series AMD APU which will arrive on 19th March for desktop. The Richland AMD APU platform would be codenamed "Annapurna" (A region of Himalayas where the 8,091 m Annapurna is situated) and will be based around the FM2 socket featuring the AMD A88X and A85X chipsets. The A-Series AMD APU lineup would consist of A10, A8 (Quad Core) and A6, A4 (Dual Core) chips, specifications are listed below:

The new Richland AMD APU can be paired up with an AMD's Discrete graphics solution to offer better performance from Dual GPUs (IGP + Discrete). The Richland AMD APU allows compatibility with DDR3 DIMMs rated at 1866 MHz + O.C, while the chipset is set to support up to eight SATA 6GB/s devices with an additional 4 USB 3.0 ports and 14 USB 2.0 ports.It should be noted though that the HD 8000* IGP models on the Richland APU are based on the Southern Island GCN architecture which allow Dual GPU support with Radeon HD 7000 discrete graphic solutions.

On May 7th, AMD would launch the BGA packaged Richland APUs which would be aimed towards notebooks and ultra thin solutions. This lineup would consist of A6 and A4 Richland AMD APU. May 2013 would mark the launch of Kabini X-Series AMD APU for notebooks and later on E-Series Kabini AMD APU in June 2013. Kabini would have an all new AMD Start Now Technology which would provide accelerated start up and load times on embedded devices. The Kabini Low power AMD APU would offer significantly better performance than their previous Bobcat predecessors since these are based on the latest Jaguar architecture and offer much better efficiency due to being based on a 28nm architecture while featuring GCN based IGP solutions.

In addition to APUs, AMD is also set to unveil its new FX-CPU lineup based on the Piledriver architecture in June 2013. We assume that these would be higher clocked variants of the FX-Vishera lineup featuring upto 8 Piledriver cores.

OBR also revealed some new performance benchmarks of the upcoming APUs which reveal that the A10 Richland AMD APU for desktop and notebook solutions indeed turn out faster than Intel's offerings and Trinity APUs in 3D Mark 11. In PC Mark 7 benchmark, the A10-6800K almost surpasses the Phenom X6 1100T coming close to the FX-8350 processor. 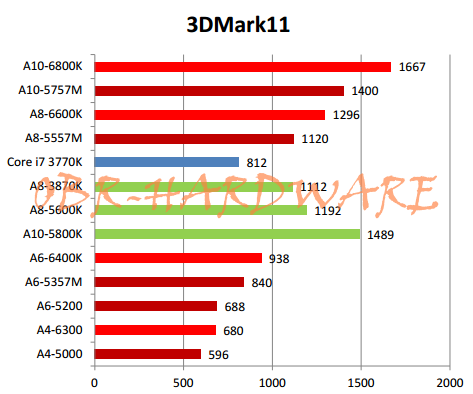 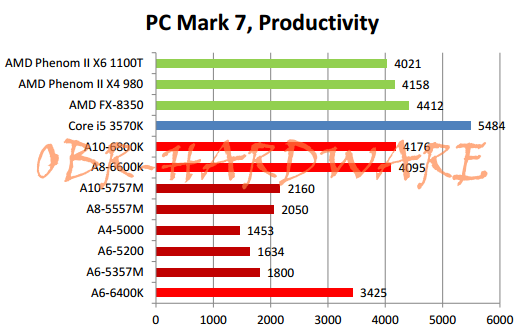 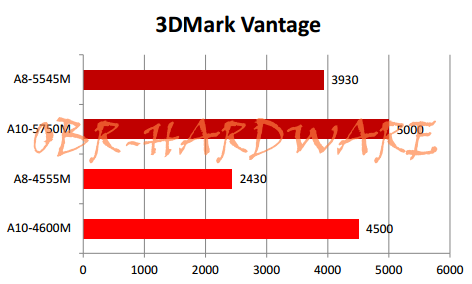