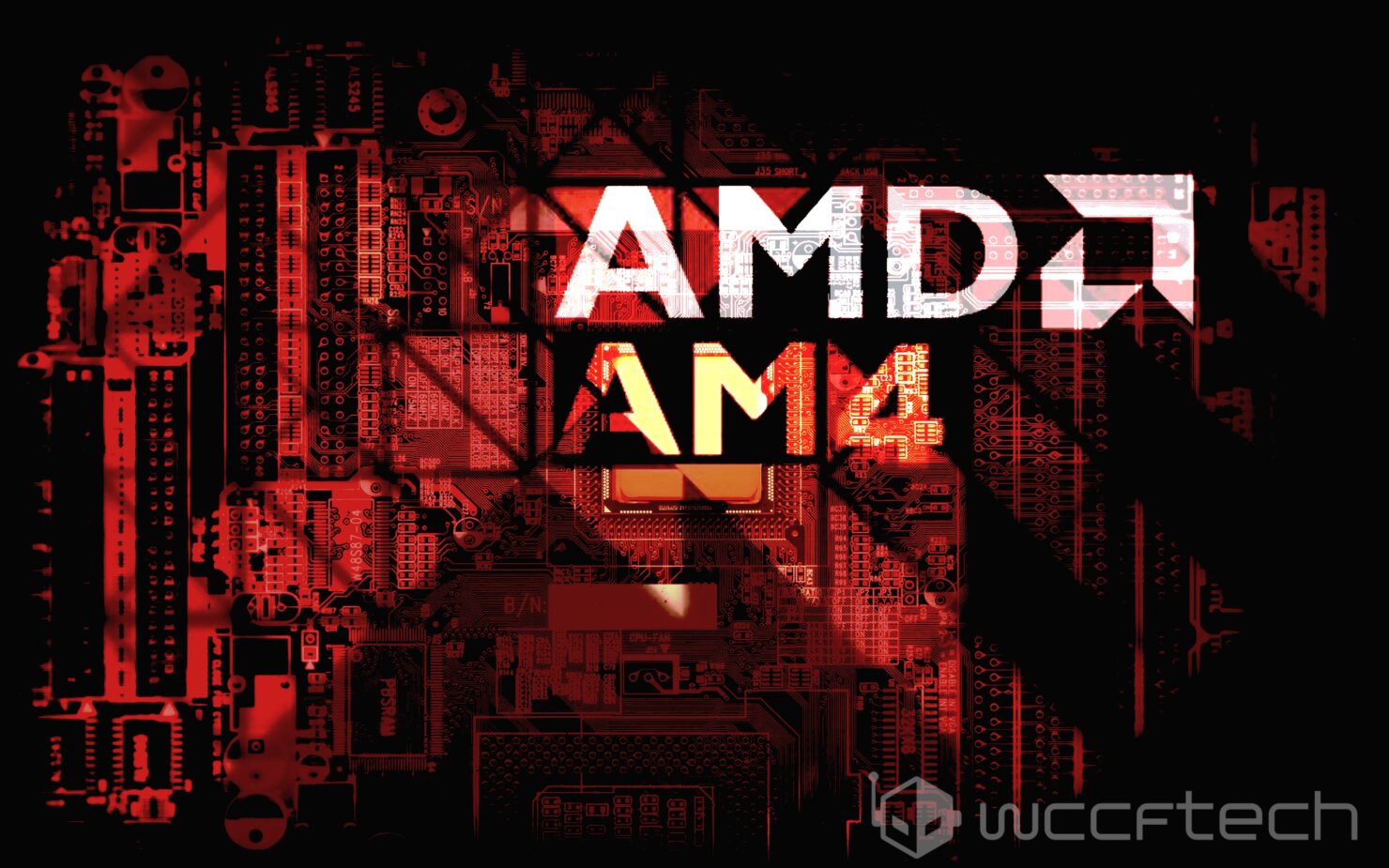 The very first set of motherboards from AMD's upcoming AM4 platform for Zen, Bristol Ridge & Raven Ridge have been detailed & pictured. These new boards will be compatible with everything from upcoming high-end Summit Ridge 8 core CPUs to mid-range and entry-level desktop APUs. The new details & photos come via the Korean hardware tech site bodnara.

AMD's new AM4 platform will feature three different chipsets for three tiers. The entry-level A320 chipset, mid-range B350 chipset and high-end X370 chipset. The updated chipset brings M.2 connectivity, PCI-E gen 3, DDR4 memory and much more to AMD's desktop platform. Currently, only a select number of OEMs have started systems with AM4 motherboards & Bristol Ridge APUs inside. So this represents the first ever leak pertaining to channel boards that you'll be able to buy in retail stores or via e-tail soon enough.

We have two AM4 motherboards from Gigabyte to talk about here, both feature the mid-range B350 chipset and come in an M-ATX form-factor.

The first board features two PCIe 3.0 x16 expansion slots and an NMVe M.2 interface. In terms of I/O the board comes with two USB 2.0 ports, four USB 3.0 ports, two USB 3.1 Type-A ports, a PS2 combo port, D-Sub, DVI-D, HDMI and three audio jacks. Which brings us neatly to the ob-board audio. Which is physically separated from the rest of the board to minimize interference.  Powered by Realtek's 8 channel ALC887 high definition audio codec & high-end Japanese capacitors.

As is with most modern motherboards Gigabyte's AM4 board comes with dual BIOS functionality for more convenient flashing and added protection in case overclocking fails or unstable settings are saved. Above you can see the UEFI screen showing the frequency & voltage of installed DDR4 memory modules.

The second board Gigabyte's entry-level OEM GA-B350M-D2 model. It features a 4+3 -- 7-phase -- power delivery desgin and an auxiliary 8-pin motherboard power connector. Unlike the other AM4 Gigabyte motherboard this one actually comes with only two rather than four DDR4 dimms. Storage wise we have four SATA3 6Gbps ports, two USB 3.0 front panel headers and one USB 2.0 front panel header. In terms of expansion this board comes with only PCIe 3.0 x16 slot and two PCIe 2.0 1x slots. 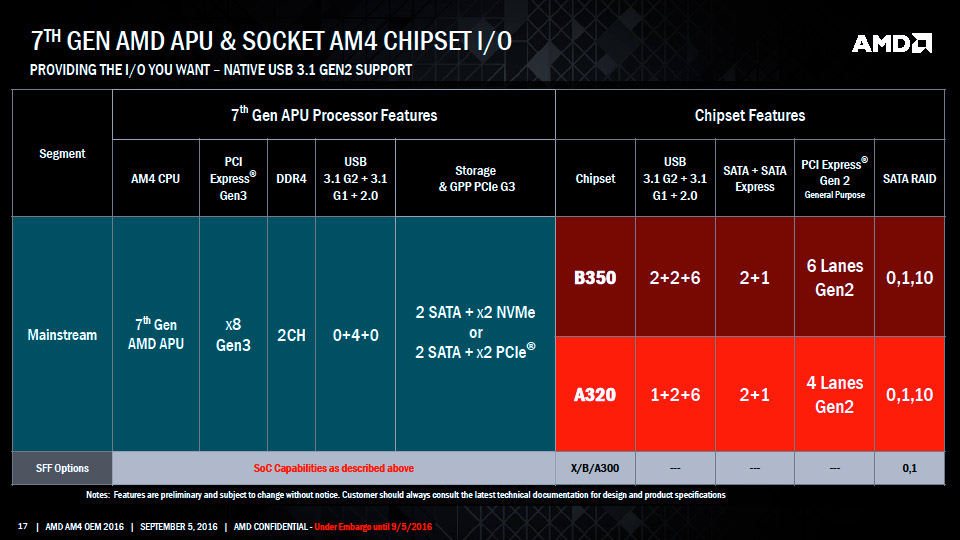 AM4 In A Nutshell

For the past couple of weeks we have seen a substantial increase in the number of leaks pertaining to AMD's upcoming Zen CPUs and the brand new AM4 platform. AMD Zen Summit Ridge CPUs & the high-end "X370" chipset is expected to be available on shelves this upcoming February. Motherboard makers are already building their inventories of all three AM4 chipsets. Rumor has it, as we had reported a couple of weeks back, that motherboard makers are planning to showcase their new AM4 motherboards this upcoming October. This inventory build-up while well underway will reportedly take several months to be market ready due to the large inventories.

One thing that AMD has hinted at during its recent performance demonstration of Zen which wowed the press, is that we’ll see Zen on display at CES in January of 2017. That’s when Summit RIdge is expected to officially launch. Assuming everything goes according to plan this means that high-end X370 AM4 motherboards and desktop Zen CPUs should be available on-shelves by February of next year.