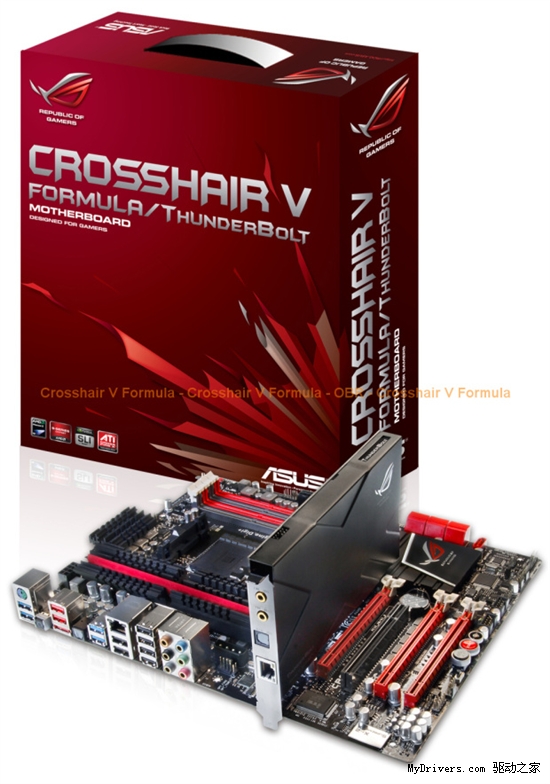 ASUS has made its upcoming ROG series "Crosshair Formula V/ Thunderbolt" motherboard official by showing off a bunch of new pictures. The board will be based on the AMD 990FX chipset supporting the AM3+ Bulldozer (Zambezi-FX) processors. Being made for Enthusiasts, It will include some special addons such as the "Thunderbolt" expansion card which includes ASUS Xonar sound card with Bigfoot Kiler E2100 killer card on a PCI-e x1 interface.

The previously leaked photo here didn't detail much but this time the I/O has also been detailed which features connectivity ports such as PS / 2 (mouse and keyboard),four USB 3.0 , eight USB 2.0 (one of which may be used ROG Connect), eSATA, optical S / PDIF and more and 8 channel Audio. The motherboard includes 4 PCI-e x16 slots allowing for Multi Crossfire/SLI GPU support (16x/16x @ Dual Mode) (16x/8x/8x @ Triple Mode). The board is powered by a 8+2 phase (Digi+) VRM area which are cooled by heatsinks connected together with heatpipe, A smaller heatsink is also included on top of the SB950 Southbridge chip. A total of 7 Sata 6Gbps ports are included for storage connectivity.

You can check out pictures of the board along with details on other AMD 990FX based motherboards below: 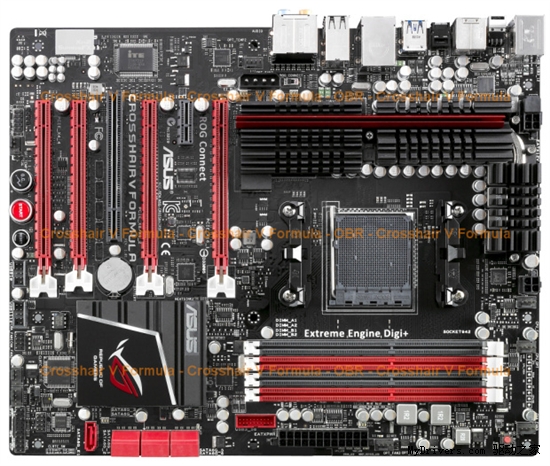 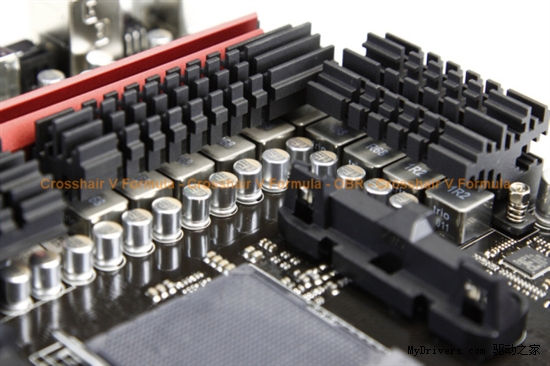 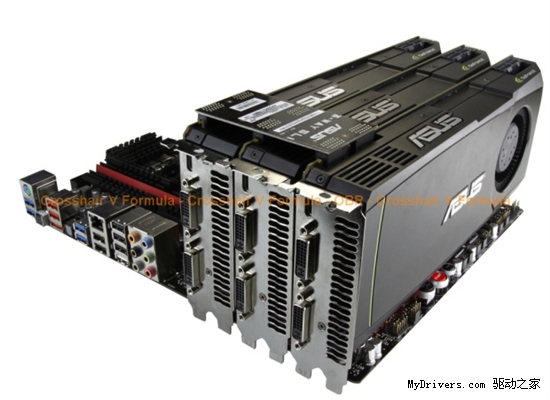 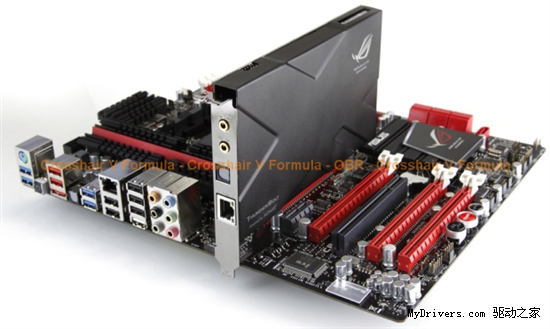