Amazon Supports Apple in the FBI Case, But Kills Encryption in Its Own Devices

Amazon has announced to end support for disk encryption on its forked Android powered Kindle Fire devices. The company is asking its users to either keep using the outdated software or update and leave their data unprotected. 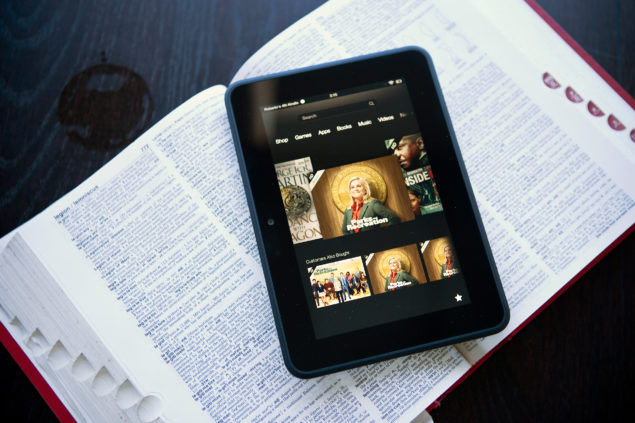 Amazon said that its customers weren't happy with the feature, making the manufacturer leaving its tablets vulnerable. An Amazon spokeswoman said in a statement, "In the fall when we released Fire OS 5, we removed some enterprise features that we found customers weren’t using."

At a time when Apple and others are talking about encryption and user security, Amazon is happy to simply support Apple verbally while leaving its own devices vulnerable. Jeremy Gillula of Electronic Frontier Foundation commented that simply saying that Amazon supports Apple is not enough, "actions speak louder than words." Gillula added, "removing encryption says a lot more to me than releasing statements in support of Apple, especially when you’re a manufacturer of devices that can also support encryption."

The company quietly removed support for encryption from the Fire HD and Fire HDX 8.9 devices with the release of Fire OS 5 last month. Fire OS 5 is based on Android 5.0 Lollipop, which introduced full device encryption in the Android operating system. Google made full-disk encryption a mandatory feature in devices running Android 6.0 Marshmallow and higher for its manufacturers. The feature was a choice for the operating systems based on Android 5.0 Lollipop.

Amazon didn't make an official announcement, however, it did inform its users about the change. The installation process for users going forward with the new Fire OS 5 involved a complete factory reset that removed data encryption. While users running Fire OS 4 can still take full advantage of encryption, running outdated firmware is a security risk in itself. Several Kindle Fire users started to express their discontent with the lack of encryption on the Amazon forum after they noticed the change. Some experts have also asked the company to reconsider its decision.

A vast number of tech leaders and privacy groups, including Facebook, Yahoo and Microsoft filed an amicus brief on behalf of Apple in its legal battle with the FBI this Thursday. Among others, Amazon also claims to be supporting Apple's decision not to create a modified version of iOS for the FBI.