All Oculus Go VR HMDs are currently $30 off the price! 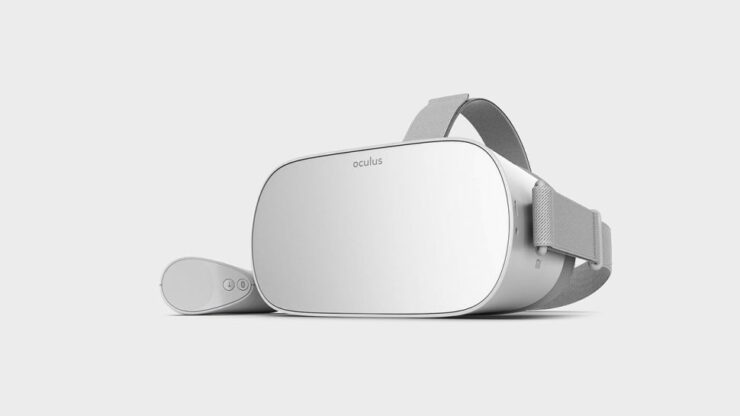 If your looking to start getting into VR, but don't want to spend 1000+ on a gaming desktop the Oculus Go might be perfect for you!

The Oculus Go models are currently $30 off both the 32GB version and the 64GB version.

Virtual Reality can get expensive very quickly seeing as you need a powerful computer to run the VR's HMD (the Head Mounted Display) and you need to purchase a VR kit which can be pricey be itself (The Valve Index Kit costing $1000, The Vive Cosmos costing just under $700, and the cheapest option is the Oculus Rift S which still costs just under $400). Alternatively, Mobile VR like the Oculus Go which required no computer to operate usually comes at a cheaper price but have substantially less powerful components inside the HMD.

This headset doesn't require a phone, unlike some other VR headsets out there (Google Cardboard) which would limit it to supported games that run on Android and allow for VR view.

The Oculus go is powered by a Qualcomm Snapdragon 821 chipset with makes this headset a good starting point for many users just starting to get into VR. This VR headset doesn't need a powerful PC to run it and this makes it perfect for either a VR gamer without a powerful PC or a more party-centric VR gaming experience. Since this only powered by a Qualcomm Snapdragon 821 chip means that for the more high-end games that a desktop-driven VR headset can run, it may feel sluggish or not load on this headset.

I would suggest this headset to anyone who hosts parties at their house and wants an inexpensive but very fun way to entertain your guests. The coupon codes of GO32TAKE30 and GO64TAKE30 which were set to expire on 11/12, but after checking myself on Oculus's own website, have confirmed that these still currently work. With the $30 off the initial price, this makes the 32GB version just $169.00 which is very affordable for VR gaming. With the codes, the 64GB version of the headset goes down to costing just $219.00 rather than the normal price of $249. If you are currently trying to get into VR gaming then this might just be a perfect time for you.