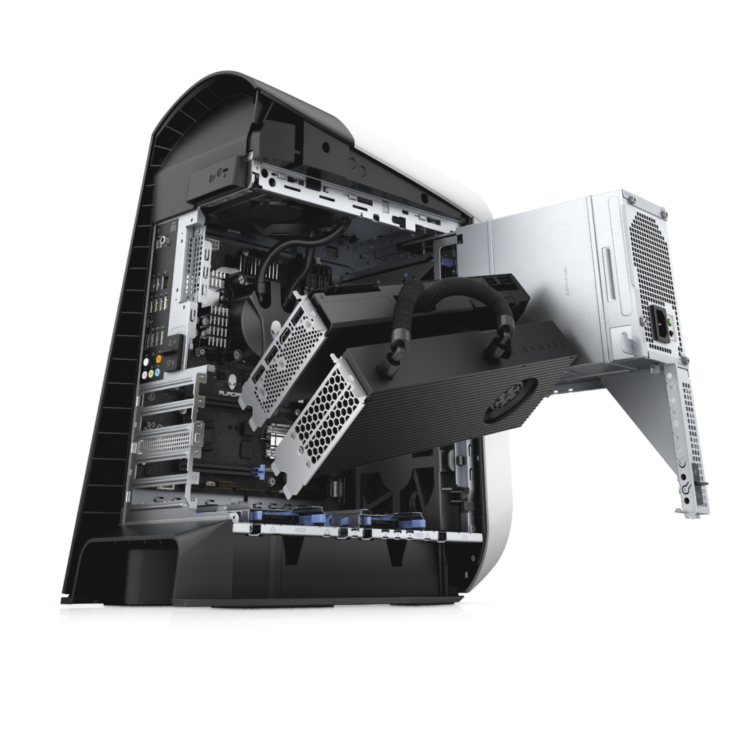 Yesterday, we saw Alienware release the Aurora R11 with some quite impressive specifications with a 10th Gen Intel Core i9 10900KF and an Nvidia RTX 2080 Ti, but one element we did not dive into in a lot of detail was the premium all-in-one liquid cooler that goes along with the RTX 2080 Super. It is one of the most unique cooling solutions I have ever seen on a graphics card. The radiator is in the PCI-e slot which is the first time we have ever seen anything of that sort. It was tweeted out by Asetek yesterday in coordination with the release of the card.

This style of cooling has never been seen before. It is similar to what is seen in the Asus ROG Matrix GeForce RTX 2080 Ti which had an internal loop inside. Another product with a similar style cooling solution was the AMD Radeon R9 Fury X. According to Asetek, this setup reduces noise by 69% and temperatures by 20%, which seems to be quite an effective cooling solution. Maybe we can see a shift toward this style of GPU cooling, but Asetek seems to have it exclusively to Alienware and specifically on the RTX 2080 Super. Another feature of this cooling solution is that the Rad Card draws its power and fan curves from the GPU, making it easy to operate. All of this was explained in the tweet thread. 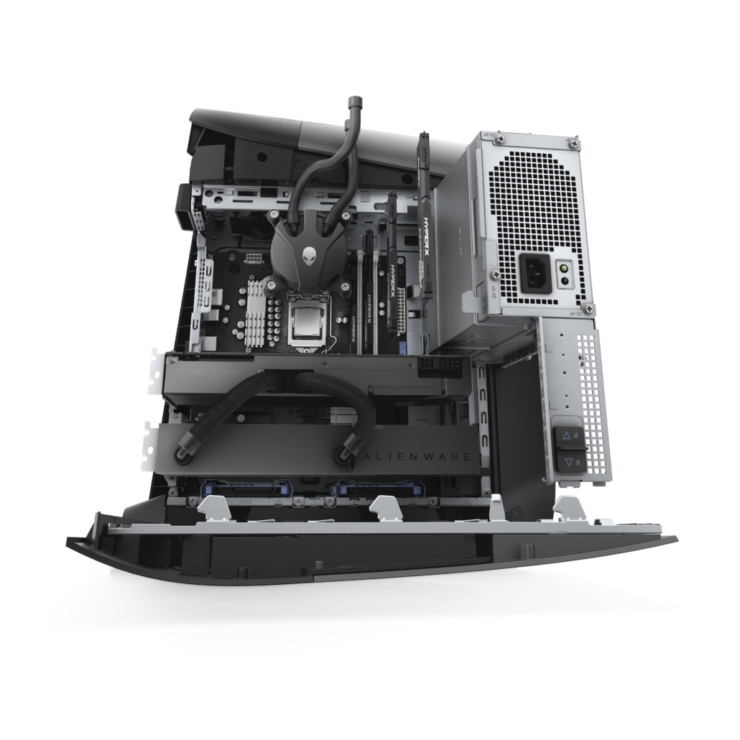 The only confusion I have with this setup is that it is using a blower-style fan for the radiator which would be an understandable decision had this been the cooler for the card, but it wasn't. The blower could easily cool the VRM, but not the GPU. This fan is going to have to work hard to cool both the VRM and GPU. Heat dissipation could become a problem within the case as this case does not lend itself to much airflow. The tubing and cables look quite organized and integrated providing a clean aesthetic.

A radiator in a PCI-e card?! Isn’t that cool?

It is sad to only see this on one specific card offered in only one system, but maybe this is a trial run to see if the performance boosts Asetek cited may be attainable with this configuration. It is always exciting to see something new, especially in a prebuilt system.