SEGA has started showing active participation in Aliens: Colonial Marines with a new cinematic trailer a couple of weeks ago but now they have released a new trailer which shows in game footage and what to expect, those of you who have been waiting for a fantastic Aliens game are definitely in for a great ride. Aliens: Colonial Marines is truly a masterpiece in the making and it can't come any sooner. 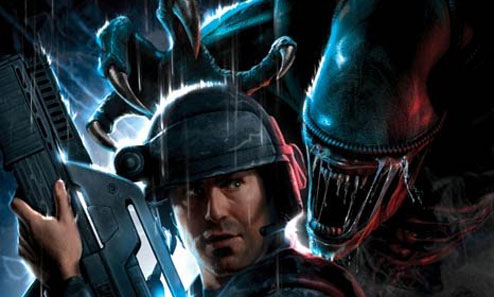 The newest trailer of Colonial Marines show how Marines get stranded on a planet and how survival is probably going to be challenging with Aliens down their necks. Just because the 2010 game Aliens Vs. Predators was less than satisfying I am sure that this game will be like the Sonic: Generations of 2012 and will make up for the past mistakes of SEGA making bad choices in their previous video games to the series.

The trailer alone shows that the true Aliens experience is right here, the constant darkness along with the constant feeling of something watching over you and tactically out thinking and maneuvering the Aliens for the survival of your crew. While the games release date is still a mystery I am thinking that the game is definitely setting itself up for a 2012 release date on the PC / PS3 and the XBOX 360.